So the Pitching Ninja tweeted this clip of a Liam Hendriks' interview out the other day. Watch it, it's only a few seconds long:

Yup. Yes please. This is EXACTLY who I want closing the door 50 or so times for the White Sox next year. Blah blah blah advanced stats this, advanced stats that, Moneyball this, Moneyball that... closers are important. Moneyball might not think so, but they are. Not everyone can close a baseball game. Some people excel in innings 6 through 8 then shit the bed trying to record the final 3 outs of the game and stats don't really measure that. Stats don't find their way into the brain and moxy of a baseball player.

That is amplified 10000x in playoff games, too, and guess what? The White Sox are going to be going to be playing in a lot of playoff games in the coming years. They need a cocksucker with a FUCK YOU attitude closing games for them in 2021* and beyond. I wouldn't mind if it were Colome again, but I would love if it were Liam Hendriks.... sorta. I'll get to the sorta in the minute. Why would it be awesome though?

Well I just kinda ripped on Moneyball and advanced stats a moment ago, but this dude has been nothing short of lethal the last handful of seasons:

He's also been worth 4.9 fWAR over the course of the last two seasons too. It could be argued that he's been the very best reliever in baseball the last two years, and it's why he's going to get flat out paid soon. We'll get to that part in a moment. First, let's talk about Hendriks and how he's gone from an Aussie who was DFA'd by the Twins to one of the premier relief arms in all of baseball over the last few years.

First, his shit is second to none. He can really "spin" the baseball: 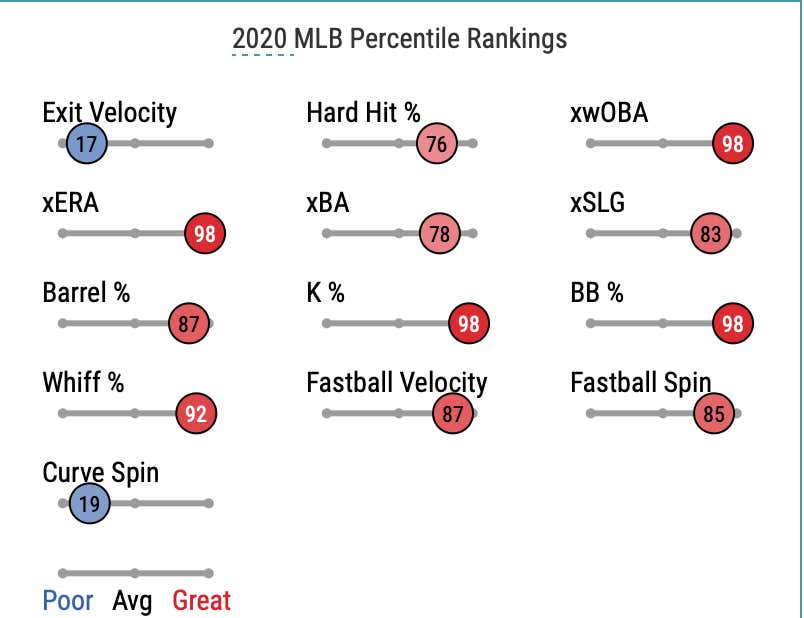 Now, I'm of the opinion that people are starting to put WAY too much stock into Baseball Savant profiles. It's sort of the new kid on the block for people who refuse to use their eyeballs when assessing talent. Some pitchers just outperform their lack of "stuff" consistently year over year, and others have great "shit" but suck at pitching. I love using Baseball Savant as a reference, but not the end all be all. I want to see a pitcher that has measured "shit" but pairs it with great statistical output. That's Hendriks to a T.

His elite statistical output and his pure "shit" is due in part to his work with Codify. To get a better grasp on what Codify does, you can follow them here:

Now, if you don't know who Codify is, that's completely normal at this point. Nobody really does. Just get to know their name starting now, because it's the next program that will revolutionize pitching. Similar to WAR or Driveline or Baseball Savant or any of the other new aged flavor of the month baseball measuring tools or training programs, Codify will be a household name sooner than later and it's all about math.

Most people have heard of a heat map in baseball. We see them a lot in video games.

Codify is a heat map that has been injected with needle in the asshole horse steroids that could turn Glenny Balls into a Kentucky Derby champion. It was developed using billions (with a B) of calculations for any specific pitcher in any given situation. Each heat map is completely customized for each specific pitcher who invests in the service. The pitcher receives a heat map for every single type of pitch combination possible that they can throw and it is tailored to tell him exactly how to attack literally any given hitter in the league with any given pitch. It gives a detailed description of any single possible outcome of a pitch in any given situation and what the probability is that the pitcher will see a foul ball, swing and a miss, ground ball, home run, etc. The thing is the information given to each pitcher is given an EXTREMELY easy to use format so any moron can look at it and be like, "yup throw this pitch here and statistically, I'm most likely to record an out."

I may be off on a few minor details as I'm still learning exactly how it works too, but that's the easiest way to put it. Lucas Giolito has used this service the last few years and he's turned into an ace. Hendriks is another example of someone who's greatly benefited from their information.

But Hendriks is looking to get PAID. And by PAID I mean he's looking for a 4 year deal in the neighborhood of a $13MM AAV by most reports. That would mean the White Sox have to ante up $52MM over 4 years for a closer. A really fucking good closer, but a closer nonetheless. Here's a list of the highest paid relievers in baseball:

Would you say any of these guys are worth this money in the world of the lux tax? Idk. Maybe. I personally wouldn't typically pay TOP dollar for a reliever, as they can be so goddamn volatile year over year and a team can get similar output for WAY cheaper a lot of times, but Liam Hendriks is a goddamn stud. Sign him and you have Crochet/Heuer/Marshall/Foster/Bummer/ and yes, Jimmy Cordero all available in middle relief. That's a disgusting bullpen and a bullpen that would be frightening in a 5 or 7 game series.

So give me Hendriks. Give him to me now. I don't care what they pay him as money should NOT be an issue with this team, but 4 years at probably be a $13-14MM AAV should do the trick. Something in line with what Chapman and Kimbrel got paid. There is an okay consolation prize still available in the incumbent Alex Colomé, but though we haven't seen it yet, everything suggests he's due for a LOT of regression. Give me the guy that has the better chance of being the sure thing. The White Sox aren't and won't be in on Bauer or Springer, so go get the best reliever available. Just make it happen. No dilly dallying please. Don't let money be an issue in signing him because the White Sox should theoretically have a LOT of it to spend.

Should the White Sox wrap up the 2020-21 offseason with Lynn and Hendriks with the Twins maybe losing Cruz and the Indians in fire sale mode, the central will be that much easier to win, especially with the Twins lack of SP. Let's lock it up and rub it down. 35 days until pitchers and catchers report

if the season doesn't start on time, we should start a mass revolt against the owners. There is ZERO excuse for them not to start on time. None at all. Nobody wants to hear about billionaires not making enough money in a time where people are out of work and shutting their businesses non stop. Fuck that.