NYT- The sperm kings of America are exhausted.

These men are flying all over the place. They are shipping their sperm with new vial systems and taking the latest DNA tests because that is what women want now. Sure, they can talk on the phone, but they say it has to be quick because they are driving to Dallas or Kansas City or Portland, Maine, in time for an ovulation window. They would like to remind me they have day jobs.

“People are fed up with sperm banks,” said Kyle Gordy, 29, who lives in Malibu, Calif. He invests in real estate but spends most of his time donating his sperm, free (except for the cost of travel), to women. He also runs a nearly 11,000-member private Facebook group, Sperm Donation USA, which helps women connect with a roster of hundreds of approved donors. His donor sperm has sired 35 children, with five more on the way, he said.

“They realize this isn’t some taboo anymore,” Mr. Gordy said.

That has always been true, especially if one is discerning. But now, the coronavirus pandemic is creating a shortage, sperm banks and fertility clinics said. Men have stopped going in as much to donate, even as demand has stayed steady at some banks and increased rapidly at others.

“We’ve been breaking records for sales since June worldwide not just in the U.S. — we’ve broken our records for England, Australia and Canada,” said Angelo Allard, the compliance supervisor of Seattle Sperm Bank, one of the country’s biggest sperm banks. He said his company was selling 20 percent more sperm now than a year earlier, even as supplies dwindled.

“Between our three locations, I’ll usually have 180 unique donors donating,” Mr. Allard said. “I’m down to 117. The other month it was 80. I don’t have any indication it’s going to be a positive trend.”

This was a pretty big feature article in the NYT times past weekend. Or as the snooty people call it, "The Times".

The free market makes no sense to me.

I would think, that with all the free time everybody has now, the ample amount of screen time, combined with how most people live in sweatpants now, that jerking off would be at an all-time high.

It's just all going to waste because it seems there is a major major shortage.

For starters, let's learn who the customer base is comprised of-

(20 percent of customers are Jan's. Let that sink in.)

To meet this demand, men provided sperm at a steady rate for years, some banks said. But the coronavirus changed things. Existing donors were scared to go in. New donor sign-ups stopped for months during lockdown and never really bounced back at some banks. Several banks said that they had a lot of old frozen sperm in storage, but that it could last only so long.

So its usually not an issue because there's been a steady supply of j̶u̶n̶k̶i̶e̶s̶,̶ ̶d̶e̶a̶d̶b̶e̶a̶t̶ ̶b̶e̶t̶t̶o̶r̶s̶,̶ ̶ guys donating. And unbeknownst to me but you can apparently freeze semen and then dethaw it to use later. Dead stock as the kids call it.

But it has a shelf life.

And the stuff on ice went bad.

Bad timing because with all this free time for people, and to self-evaluate, there has been a baby boom!

…"people are seeing that there is the possibility of more flexibility in their lives and work.”

“I also think part of it is people are trying to find some hope right now,” she added.

The scarcity has people on edge. Many are annoyed.

“Will there by any new donors soon?” someone with the handle BabyV2021 recently wrote on the online forum for California Cryobank, one of the world’s biggest sperm banks. “It seems like the donor supply has been dwindling,” wrote another, who had the handle sc_cal.

And so in the capitalist crunch, Sperm World — the world of people buying and selling sperm — has gotten wild. Donors are going direct to customers. They meet with prospective mothers-to-be in Airbnbs for an afternoon handoff; Facebook groups with tens of thousands of members have sprung up.

The reason I know this at all is simple enough: I am 32 years old, partnered to a woman, stuck at home and in the market for the finest sperm I can get.

The article's author, a 32-year-old woman with a big J journo job at the NYT is looking for "the finest sperm she can get".

Meaning, there's a market out there for fine learned, well mannered, and cultured men out there to cash in big.

Many people also want smart sperm. That’s why some big banks are near elite colleges. They have sperm collection centers in Palo Alto, Calif., near Stanford University, and Cambridge, Mass., near Harvard. College men are one of the most reliable groups to see the potential chaos of creating maybe 50 biological children around the world in exchange for about $4,000 over several months — and decide it is a good deal.

A donor would usually go to a bank once or twice a week over months to produce enough sperm to sell to dozens of families.

If the college admissions scandal taught us anything, its that there is a large segment of pretender parents out there that will pay just about anything to keep up with the Jones' and brag about their kids.

Who better to target market to then these future parents of the year?

So banks were getting desperate. One recruiter told me that she had started advertising at outdoor trailheads since gyms were closed. A sales representative at another sperm bank said that he was hoping management might offer cash bonuses to attract donors, but that his bosses were worried about setting a precedent.

You're advertising outside trails?

Why do you see so many gas station billboards on the highway?

Instead of ads to grow your dick 4-6 inches splash some ads actually offering money and watch the dudes line up.

For the students that don't drop the class or change majors, marketing 102 teaches us you look a layer deeper. Where there's a want, AND a need.

Where better than on the betting apps and sites?

This is where you fucking advertise.

The price of sperm remains the same: high. Each vial from a premium bank can cost up to $1,100. The bank guarantees a vial will have 10 million or 15 million total motile sperm. Each month, during ovulation, a prospective mother (or her doctor) unthaws a vial and injects the sperm.

The recommendation is to buy four or five vials per desired child, since it can easily take a few months of trying to get pregnant. And since donors sell out fast, if a woman wants two children with the same donor, she needs to be ready with about $10,000.

Holy moly what a markup.

Next time you take yourself to pleasure town just think about the money you're throwing away.

We've also got side and underground markets popping up on the facebook.

On these Facebook groups, particularly handsome men are bombarded in the comments by dozens of women.

It can get overwhelming.

“I really didn’t come on here to be a pez dispenser style donor,” one donor wrote recently, explaining why he would be more discerning and might be slower responding to requests.

Others advertise their smarts. John in Arizona wrote: “I have a 1,400 chess rating and am an analyst. I have a peaceful demeanor and high spirits. I exercise regularly, prefer rollerblades.”

Most donors specify that they will donate only through A.I., artificial insemination. Some will also donate via N.I., natural insemination, or sex. The line between altruism and a sexual kink can get murky quickly and raises safety questions.

As the great Biggie Smalls once said, these chicks are "Feenin for the semen" indeed.

You've got chicks looking to not only get pregnant, but to get it done the old fashioned way. They're paying well-to-do guys travel expenses to come to them, fuck them, and drop a loaf in the oven.

There's actually a group of these kinds of guys that literally do this around the clock year round.

They travel the world filling up women's tanks and making heavy money doing so.

They're called "The Sperm Kings."

Find me a more badass title. You can't.

If I asked you to close your eyes and envision what a "sperm king" would look like could you?

Every guy has his own f̶a̶n̶t̶a̶s̶y̶ version of what a sperm king looks like in their minds. Since we're all in the circle of trust here I'll show you mine-

1970s Burt Reynolds in all his glory.

Virility epitomized in one picture.

If I was gay, which I'm not, (not that there's anything wrong with that), and I saw that picture, my dick would get as hard as a frozen Chinese algebra book. 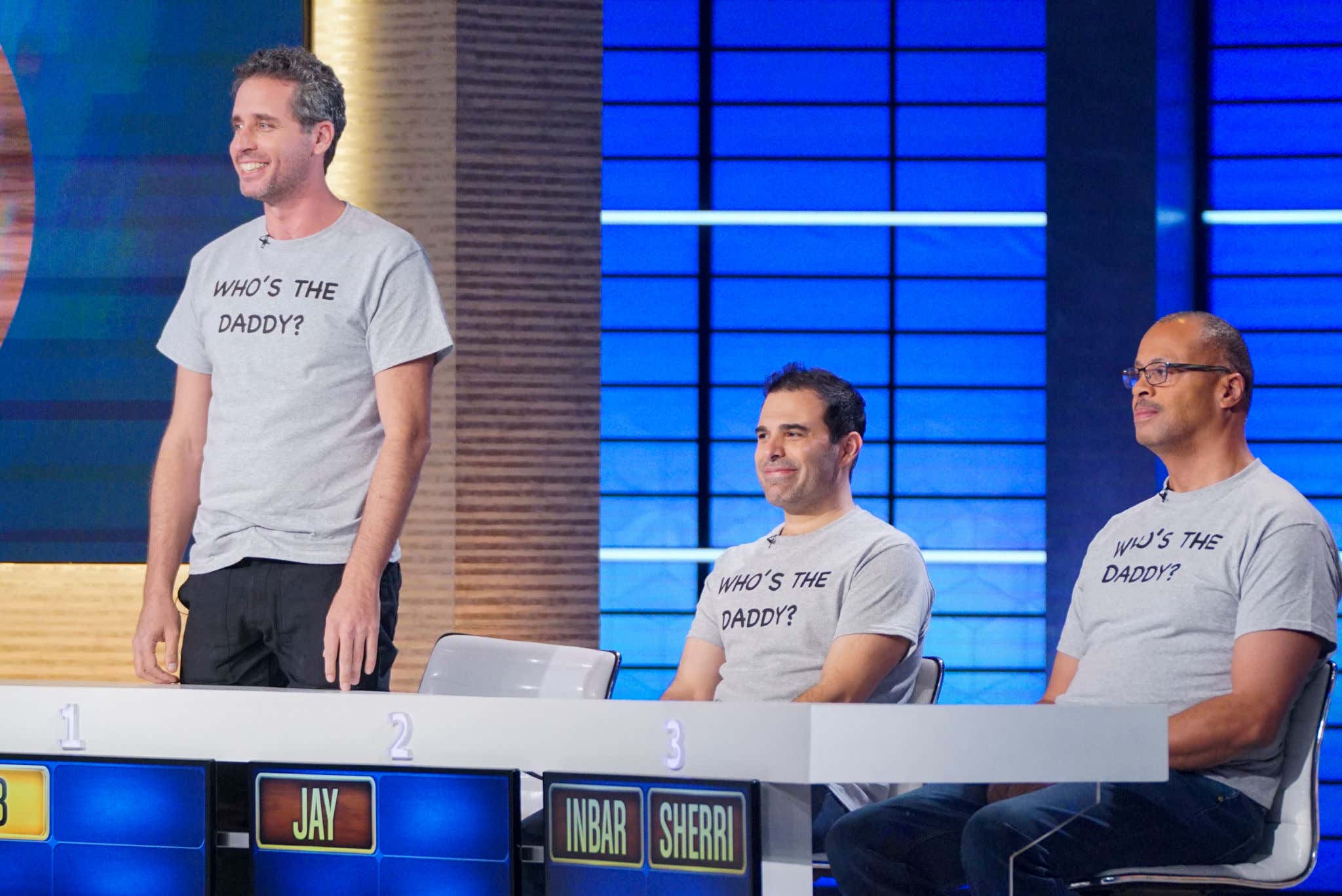 Probably the most famous superdonor is Ari Nagel, who has been going direct to consumer for over a decade. A charming professor in New York City, he gives his sperm quite freely and has a handful of paternity suits to show for it.

He is currently in Zimbabwe donating, then headed to Nigeria. He said he had 15 women pregnant across the United States at the moment.

This guy flies around the globe knocking up women for 5 figures. He has hundreds, possibly thousands, of kids running around the planet carrying on his genes.

Somebody please check on Antonio Cromartie. I feel like if he could read, and he read this article his head has exploded by now. As great of man on man corner he was, he picked the wrong career.