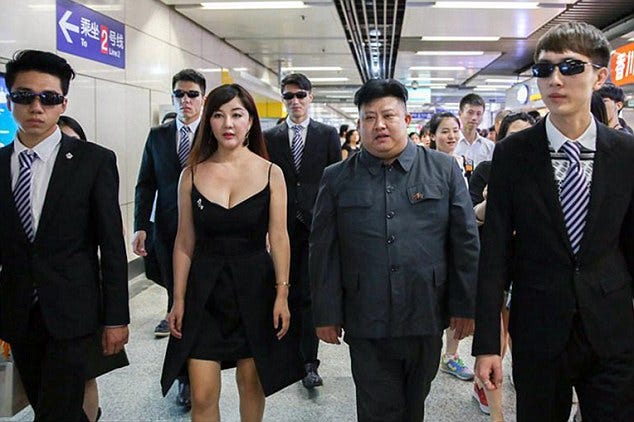 Wang Lei is the spitting image of the 32-year-old ‘Dear Leader’ of North Korea, and has reportedly gone under the knife to enhance his likeness. He was caught by photographers in Nanjing, capital of east China’s Jiangsu Province, after bumping into a fellow plastic surgery lover – and going on a date. 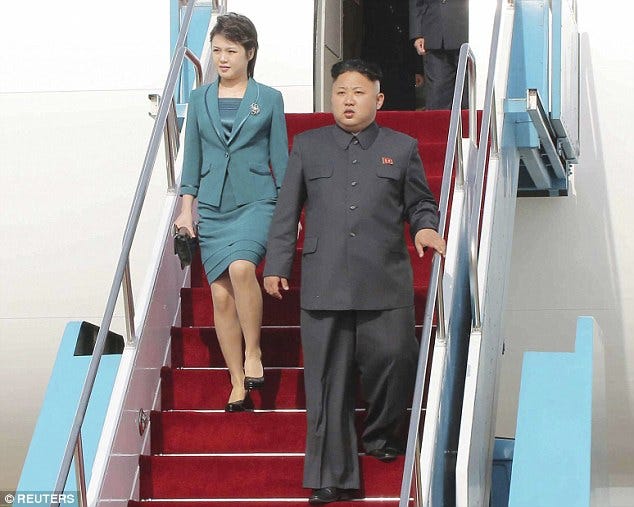 Most of the times I feel like this kind of story could get real racist real fast since all Asian people look the same. But guess what? This time it’s not because Wang Lei looks exactly like Kimmy J. We see shit like this all the time; people who get plastic surgery to look more like they’re favorite celebrity. And more times than that, they end up looking like complete freakshows. But this is one of those rare exceptions in life. Because Wang Lei bears so much of a resemblance to our Dera Leader that I think he could just waltz on over to Best Korea right now and start ordering people to get executed left and right and they’d have to follow his orders.

Kim Jong-un has been a sex symbol in this world for quite some time now after taking over for his stupid dead father. The hair, the paunchiness, the smoking hot babe, the unicorns, the greatest viagra of all time, the works. So it’s no wonder why this bro from China would want to go under the knife to look like him. And look at him go now. Looking like an instant panty dropper. Already swimming in poon like an absolute savage. It’s a beautiful sight to see. Couldn’t be happier for the little fella.