Complex- Nicki Minaj has settled her copyright dispute with Tracy Chapman, with the singer-songwriter's team accepting a $450,000 offer.

Chapman filed the suit in 2018 over Minaj’s sampling of Chapman's 1988 song “Baby Can I Hold You” in the rapper’s leaked track “Sorry,” featuring Nas. Chapman’s settlement includes all costs and attorney fees connected to the case, Pitchfork reports. Now that Chapman accepted Minaj’s offer, the two will not have to go to trial later this year.

Chapman filed the suit a couple months after Minaj released her album Queen, on which “Sorry” was going to appear. While it didn’t end up on the album, it somehow ended up in Funkmaster Flex’s hands, who premiered it without permission, and then the song found its way onto the internet. Chapman then sued Minaj, saying that “Sorry” used Chapman’s original lyrics.

Minaj previously said that “Sorry” didn’t infringe upon “Baby Can I Hold You,” a claim she made in court documents in February 2019. In September 2020, she landed a small win in the case when Judge Virginia A. Phillips said that the rapper didn’t commit copyright infringement by experimenting with Chapman’s song.

Court docs show that Minaj and her team tried to get a license to Chapman’s composition. One of the clearance specialists dealing with the matter allegedly knew that Chapman was on the “do not sample list”—an unwritten list of artists who are known not to allow samples of their work. Minaj’s team attempted to get clearance anyway, but Chapman rejected their request.

Baby can you pay me tonight?

This is crazy for a few reasons.

1- Tracy Chapman is a gangster.

Don't let this nice smile and the dreads fool ya. 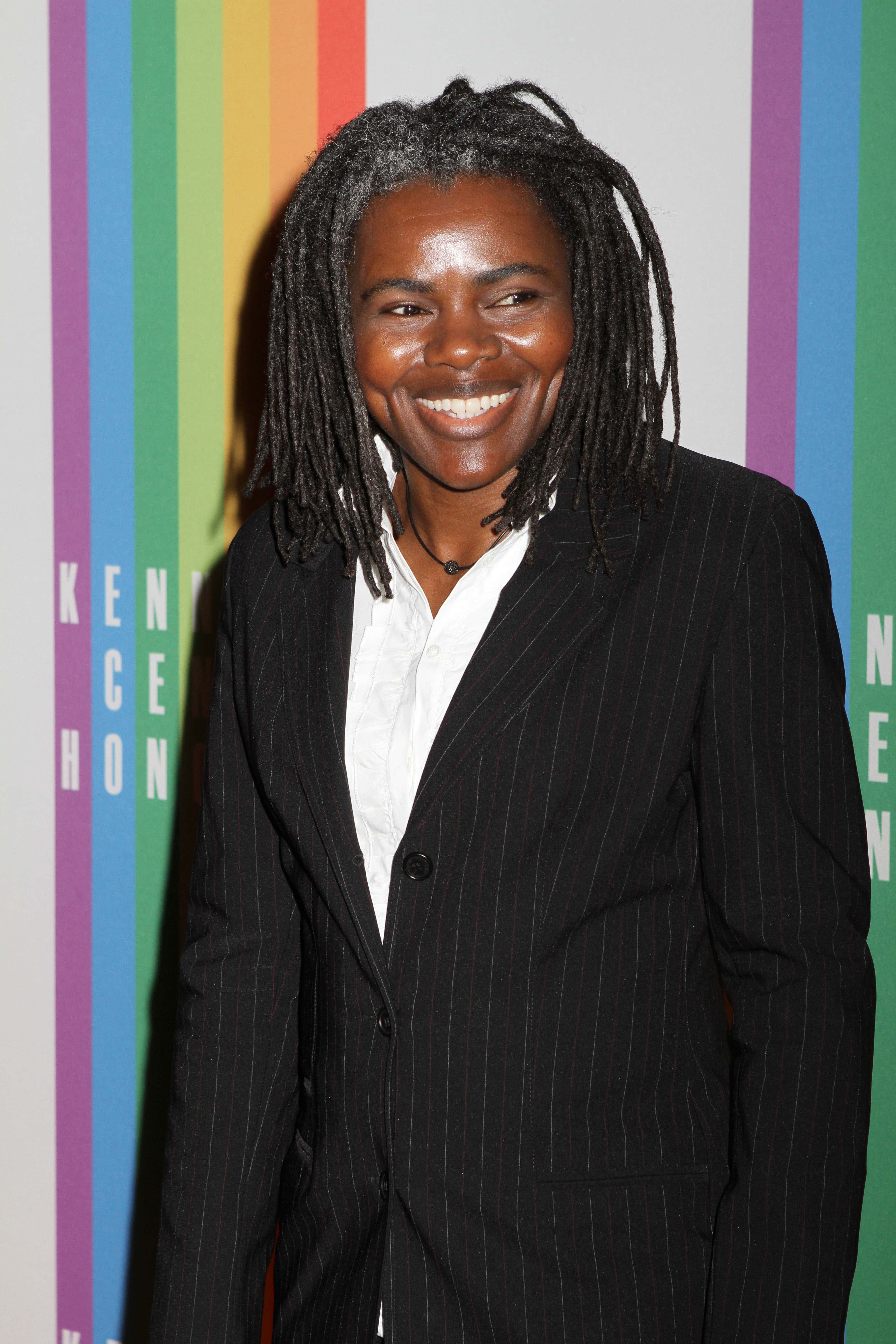 Nicki Minaj, one of the biggest stars in music publicly pleaded to her to let her sample a song her and one of the greatest rappers of all time, nasty Nas, did together and Tracy not only rebuked her, she took her down for half a million. 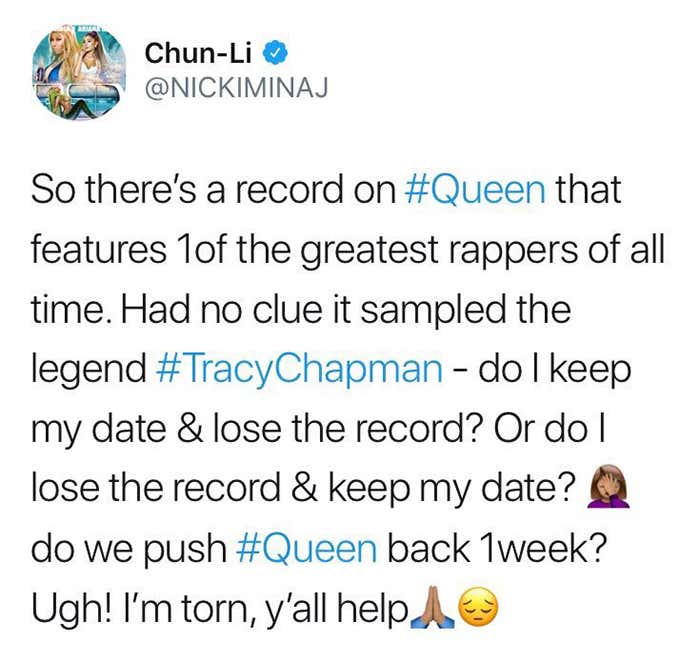 Song wasn't even a single!

Didn't even make the cut or get any airplay!

Here is the original song in question for reference-

Ok song. Definitely not "Fast Car" or “Give Me One Reason” but I still dig it.

Which leads me to my next point.

2- Nicki Minaj HAS to stick Funk Flex with this bill right?

The only time you hear this guy's name anymore is when he's causing trouble. Not sure how he got his hands on this song (some are alleging that Atlantic purposely gave it to him to leak but that's speculation) but him playing it and putting it out there results in a half-million-dollar fine and you have to pass that buck.

3- If Tracy Chapman is this cutthroat about clearing her material, then how the fuck did one of the biggest bangers of the 90's see the light of day?

If you have no idea then please allow me to enlighten you.

can't mention "Fast Car" and "Give Me One Reason" and not link to them.