Legends of the game.  Tommy don't take no shit.  The Phanatic is like 11 ft tall and Lasorda didn't give a single FUCK coming right into the green menace's grille.  On the concrete Vet turf, no less.  Even almost took his head off.  Great stuff.  It's just a good thing for Tommy that the Phanatic didn't have access to his full military tank disguised as a Hot Dog Gun yet: 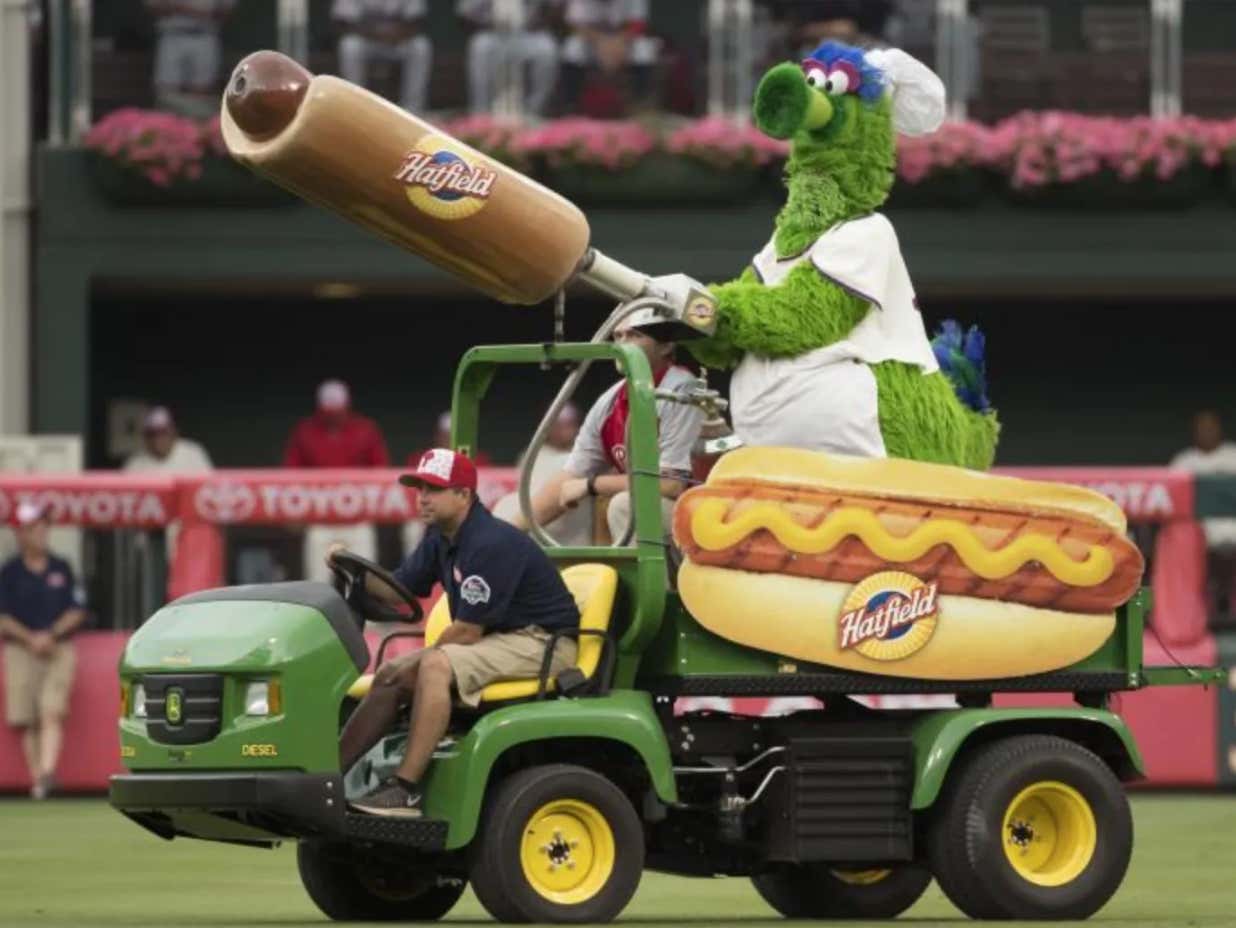 The Phanatic wields his long distance weaponry like a goddamn madman every single game. The "Hot Dog Cannon" may sound like a toy, but it's a legitimately piece of artillery. I mean, look at this thing.  The damn thing's the size of a howitzer (the one seen on the battlefield, not the other kind). And he takes no prisoners. Here is the green maniac with his "Toy" committing first degree murder a pig a few years back:

BAM! Right in the hams. It takes a couple of takes to actually get a visual of the wiener being shot out faster than a speeding bullet, so we see how it can do some damage. Again, Lasorda should be thankful.

PS - Lasorda is from the Philly suburbs and his family still holds a lotta clout in the area.  Also, Lasorda's in Exton had some fabulous meatballs growing up.  The best.  If you know, you know.