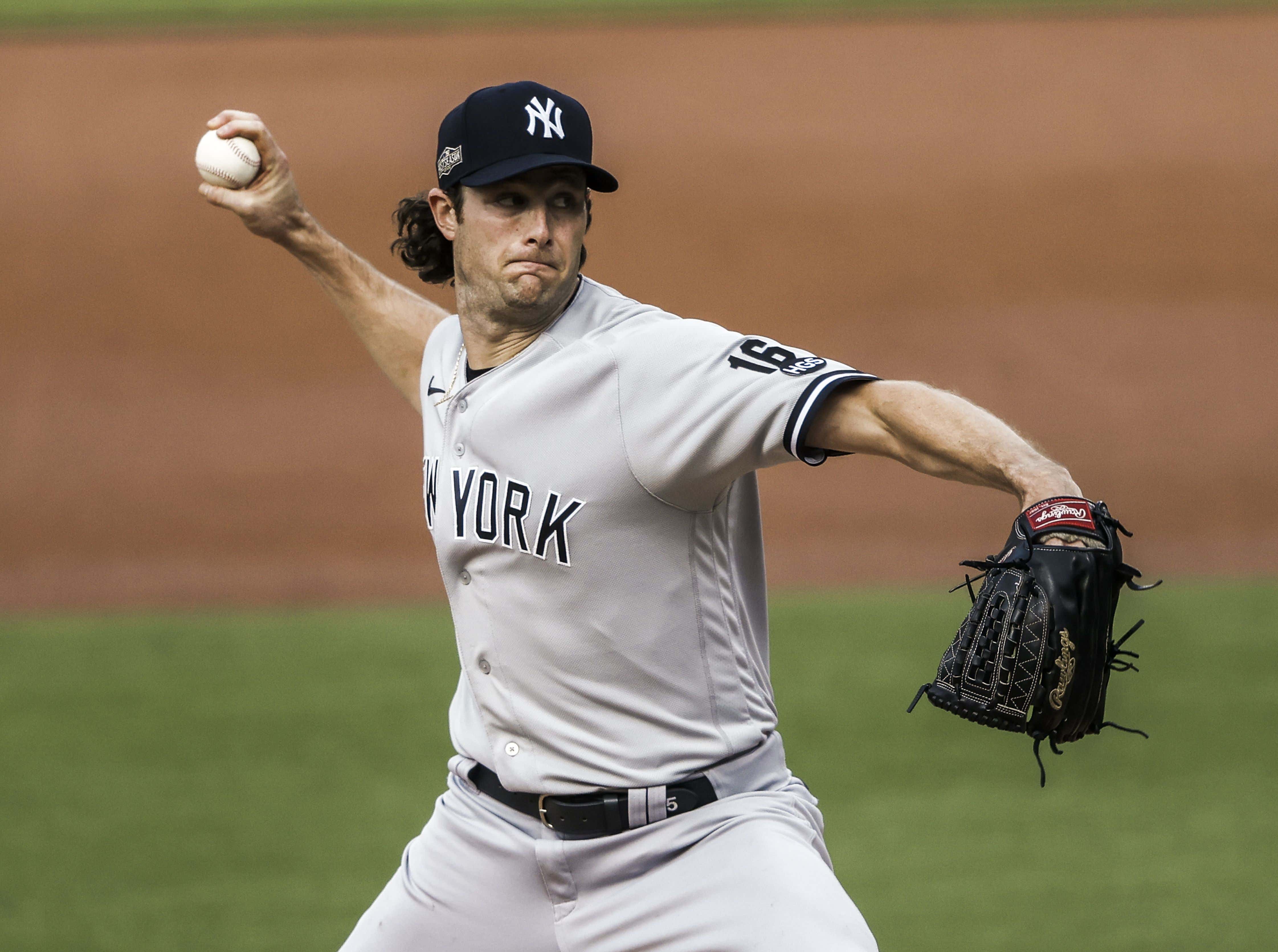 The "big story" out in the baseball world, aside from the Mets acquiring Francisco Lindor, is this now-fired Angels employee outing big names such as Gerrit Cole, Justin Verlander, and Max Scherzer for illegally using pine tar while on the bump. Big fucking whoop. The fact of the matter is this sort of thing has been going on in baseball for decades. Pitchers have long been using a special kind of concoction of pine tar that can help increase their spin rate and control. It's suspected a large majority of big league pitchers do this and it's just been accepted as a part of the game.

The Angels fired Brian "Bubba" Hawkins on Thursday after discovering he was creating these illegal substances for visiting pitchers. This dude wasn't canned for creating these substances, he was fired because he was helping teams playing the Angels! Text messages between Hawkins and then-Astros pitcher Gerrit Cole from 2019 were released.

“Hey Bubba, it’s Gerrit Cole, I was wondering if you could help me out with this sticky situation,” the pitcher wrote, adding a wink emoji. “We don’t see you until May, but we have some road games in April that are in cold weather places. The stuff I had last year seizes up when it gets cold.”

I think the bigger crime here is that Cole texts like this. Can't be sending guys winky emojis and texts as corny as this. Let's clean that up, Gerrit.

But yeah everyone is pretending to freak out because Cole used pine tar in 2019. Color me shocked. Verlander, Scherzer, King Felix and other big name pitchers were also named as pitchers Bubba helped out during his time with the Angels. It's bizarre he was blatantly helping the other team despite working for Los Angeles for almost four decades. So much for loyalty huh? Bubba was trying to get that MONEY.

Anyways, this should be a total non-story and I'm not just saying that as a biased Yankees fan. People will see Cole's name and eat it up, but virtually every pitcher does this to an extent. Only when you blatantly have the pine tar or whatever it is dripping off your neck or arm does it get brought up mid-game and lead to an ejection. It's one of baseball's unwritten rules to just let it go for the most part. Hitters actually prefer you to do this so you have the most control possible when throwing 100 mph. The absolute last thing a guy wants at the plate is a flame thrower with zero idea where the ball is going. Also, if Rob Manfred is going to just blatantly juice baseballs for ratings then pitchers 100% get to get away with this shit.

The annoying thing here is baseball's refusal to legalize pine tar or doing something about it. They just kinda let it go and turn a blind eye. Why not just be open about it and let everyone do it if they are already? Trevor Bauer has brought up pine tar and sticky substance use in various tweets over the last few years. As you'll find out through reading below, it appears he's come around.

Bauer wanted to do whatever he could to increase his spin rates legally, as opposed to what other people were doing (strongly implying Cole when he left Pittsburgh). He concluded it was impossible to make a size-able jump in RPMs without illegally doing so. In 2018 Bauer basically did a trail run for one inning and noticed an insane spike in his spin rate. After the game he was asked about it and basically implied he tried out a substance as he referenced an article about it. Funny enough in 2020 Bauer's spin rates rose to the highest in the league, increasing an abnormal 400 RPMs while not having a crazy jump in mph.

This video sums it up very nicely.

There's also an interesting Fan Graphs article by Ben Clemens that suspects Bauer of joining in on the 'sticky stuff' movement. You might need to take some adderall to understand everything in there, but the case is certainly made. Add this with Bauer's numbers in 2020 and it's worth considering. Could baseball's social media king and 2020's NL Cy Young winner have magically cracked the spin rate mystery all on his own? I wouldn't put it passed him, but odds are he just joined the rest of baseball and that's totally okay. It's the norm. I would suspect a large majority of the league, hitters and pitchers, are on board with this, if not everyone. Just fucking legalize it and let's move on.

So yeah don't expect Gerrit Cole or Max Scherzer to be locked up in baseball jail for this. Not happening. It's just baseball's worst kept secret becoming full public knowledge. Move along people, nothing to see here.