I went 3-0 last week and have no plans of stopping as we head into a much-enhanced slate of Wild Card games that has benefitted greatly from the expanded playoff field. I won't be betting on all games but wanted to at least give notes to guide you through this NFL smorgasbord.

In a Wild Card Saturday afternoon slot typically reserved for watching the Texans get blown out, we get what may possibly be the most entertaining game of the weekend.

The Colts D is highly regarded but they've been exposed in the second half of the season by top-tier offensive competition, which is exactly what they'll be seeing in this matchup. The Indy offense and coaching staff have falsely-inflated trust in their defense, which is why they sit on leads far too early in games and allow opponents to gradually creep back into contention. If Indy gets an early lead, expect this game to slowww dowwwn.

Turning to the Bills, the Daboll/Allen combo has quickly become one of the nastiest OC/QB duos in the league as they've shit down the necks of sharps looking to "sell high" on the Bills in the closing stretch of the regular season. I don't blame you for wanting to bet on Buffalo because they've been blowing teams the fuck out (142-54 aggregate score in their last three games) and they could easily keep this wagon rolling all over Indy's suspect defense today.

Under Daboll's tutelage, Allen has proved to be the exception in QB "projects" who actually developed into the real deal. Now he's as confident as ever and he just keeps elevating his level of play.

Unlike the Colts, if the Bills get an early lead they'll just keep piling on. The quarterback taking the field today is lightyears ahead of the raw form cited on PMT's DraftJoshAllen.com and his frantic performance in the Wild Card round last year.

If this game were a party, the Colts would be sipping whiskey to ride out a mellow buzz while the Bills would be trying to slap the glass out of their hands and drown them in a never-ending beer bong. Sharps will be on the Colts and the Under while the public will be on the Bills and the Over. I'll be sitting back to live bet this one based on game flow, but I'm leaning Buffalo.

Side note: Throw a nibble on Colts TE Mo-Alie Cox to score a TD at +525. He presents the biggest mismatch for the Buffalo D and is lying low because he hasn't done shit in months. Face it, we all could use some Mo Cox in our lives.

Throughout this season, the Seahawks have morphed from a dead-nuts Over team (let Russ cook and play no D) to a dead-nuts Under team (run the shit outta the ball and actually put up a fight defensively), and their recent run of wins has only reinforced the idea to keep Russ out of the kitchen. Ordinarily I'd say this is a mistake, but against the Rams elite defense, I honestly don't know what they should do.

The Rams D is fuckin incredible (3rd in pass DVOA and 4th in rush DVOA) and they match up perfectly against Seattle. They play a lot of two deep safety looks (which has killed Wilson's explosive passing), plus they have a beast CB in Jalen Ramsey to shut down DK Metcalf and a quick little fucker in CB Troy Hill to match up with Tyler Lockett. If Seattle wants to score in this one, they'll have to earn it through sustained drives and incremental gains on the ground while avoiding the best defender in the game.

L.A.'s quarterback situation (perhaps John Wolford again) has understandably turned off public bettors, but with a run-heavy Rams team I'm more focused on the return of OT Andrew Whitworth and RB Cam Akers. McVay has wisely kept Seattle guessing on his QB all week, but he'll be able to deploy a much improved run game to alleviate pressure at the QB position either way.

This game is going to be a slow-starting, run-first grind between familiar opponents. Seattle OC Brian Schottenheimer will be predictable while McVay will not, so at least for the First Half I give the advantage to the Rams before Russ gets unleashed and Pete Carroll locates the horseshoe up his ass.

With the Washington Football Team rallying around Ron Rivera's battle with cancer and Alex Smith's return from one of the most gruesome injuries in NFL history, this has all the makings of a great sports movie. But instead of an unlikely championship run, they get shut out in the first round of the playoffs.

Ok, they won't get shut out. The Bucs D is a little banged up and they'll be without stud LB Devin White, so the Football Team may be able to take advantage against the Bucs' weakness of defending passes to RBs and TEs to chalk up a few points. Given that Taylor Heinicke is likely getting the start, this is their only prayer.

But I'm being generous there. Washington is a below-average team that limped out of a historically bad division who has the worst passing offense in the league by a wide margin and is facing a Tampa defense that ranks #1 against the run. And last week, Washington couldn't even pull away from a 4-win Eagles team that needed to hit the "Nate Sudfeld" button to secure their tank-job. Washington's offense is fucked.

Switching to Tampa's offense, they've looked disjointed at points this season (still #3 overall in offensive DVOA so you can't be too critical) but have hit their stride in recent weeks. This is likely due to Bruce Arians and OC Byron Leftwich giving space for the G.O.A.T. run his offense instead of digging themselves into a hole through inefficient runs on first down. The Washington D is legit, but if Brady is truly pulling the strings, you'll see an up-tempo short passing attack on early downs that sucks the life out of the Washington pass rush. Classic Brady shit.

On top of having magnificent fucking hair, Washington defensive coordinator Jack Del Rio has been incredible with halftime adjustments as his team has surrendered a league-best of only 5.7 points per Second Half. 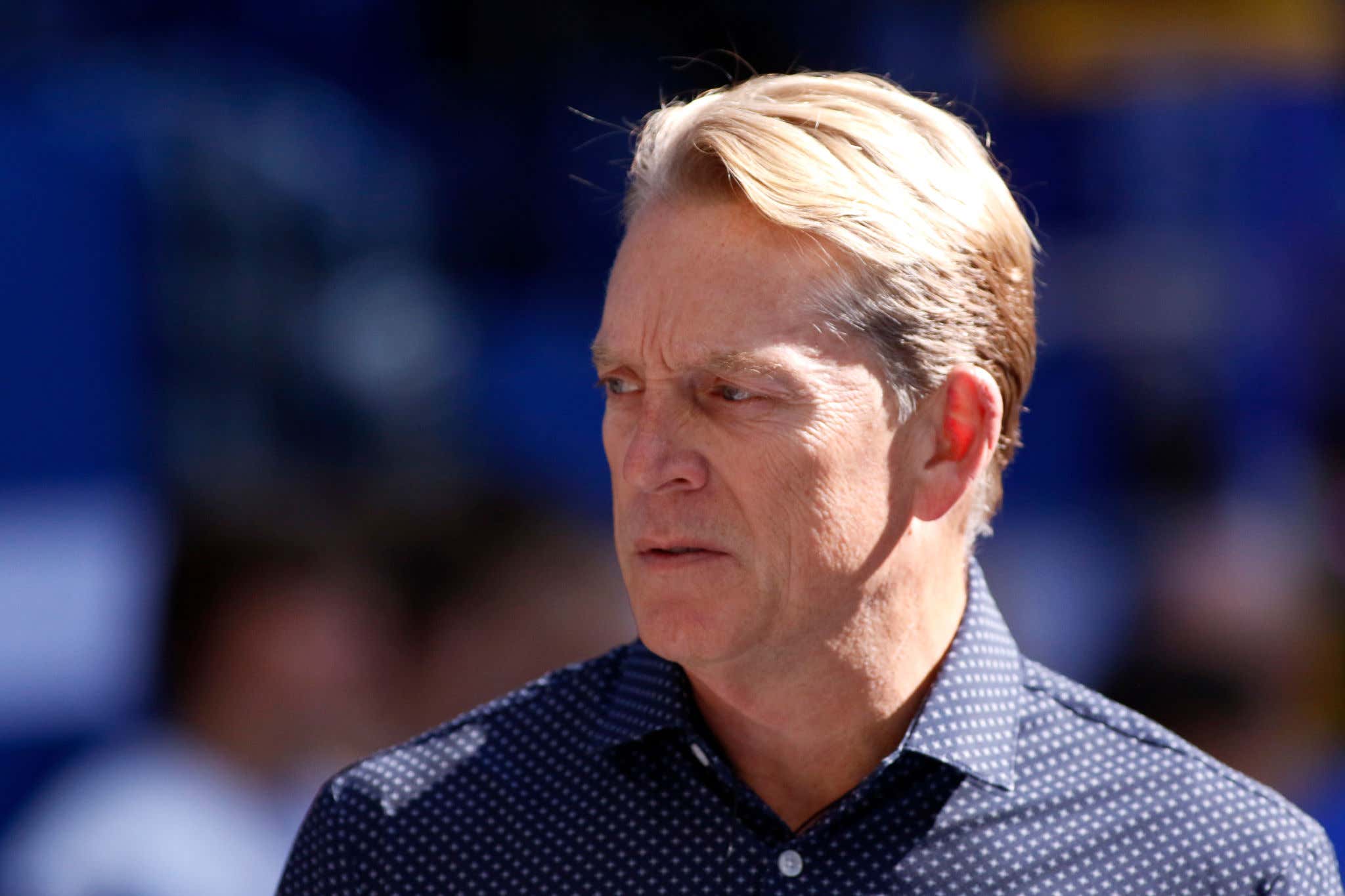 Brady knows this, so it only ramps up the urgency to get out to an early lead. This is why I'm grabbing the Bucs in the First Half.

If you know you're going to lay points with the Bucs like every schmo hammering bail-out bets before kickoff tonight, at least take a better angle and get your First Half bet in now.

I’ve been on the “Titans D is bad” train for a year and a half but now they’re truly dog shit and it will continue to show today.

I’m biased towards the Ravens because a month ago I took them at +1600 odds to win the AFC Championship when they were on a 3-game losing streak (sweeeeeet brag) and I lean towards them in this one because they should score at will, but Tennessee's Top-5 offense will be equally capable of making this a slugfest. For that reason…

When searching for a betting angle on an NFL game to be broadcast on Nickelodeon, All That you gotta do is Double Dare yourself to join the Wild and Crazy Kids who have the Guts to Get The Picture and Figure It Out. When it comes to the side or total, What Would You Do?

I hit on it last week, but Chicago's recent offensive resurgence came through a combo of facing awful opposing defenses and finding success through heavier sets. But after the Bears mustered only 16 points while throwing the kitchen sink against an average Green Bay defense last Sunday, everything has become pretty clear.

Not only will the Bears massively step up in class against a top-3 New Orleans defense, but they'll be doing it immediately after putting their underwhelming "must-win" offense on tape. Saints DC Dennis Allen has seen the best that Chicago has to offer, and he'll appropriately deploy a game plan to bring Chicago's offense to a screeching halt.

Bears, I love you, and thanks for taking us this far.

I don't know what to tell ya. The Browns have a negative average scoring margin on the season (i.e. opponents have outscored them on aggregate), their QB can't handle pressure, and their top-tier coach/play-caller is one of a million guys out due to COVID.

The Steelers have lost 4 of their last 5, but they have a top-5 defense that is #1 in pressure rate and is most importantly RESTED.

And no one in Pittsburgh appreciates that rest more than Big Ben, who will make a spectacle of his return by breaking out of a full body cast minutes before kickoff.

The Steelers offense was exposed in the second half of the year, and that has much to do with OC Randy Fichtner either being an unimaginative play-caller or him trying to protect Big Ben through early down runs and short passing to the outsides. Either way, Ben's elbow is feeling 100% and he'll be the one dictating a pass-heavy attack to pick apart Cleveland's ailing bottom-third pass D like a P.F. Chang's menu.

If Baker needs to play from behind against this pass rush, things will only get worse. It's an obvious pick but you gotta take it.

Alright, best of luck out there this weekend!