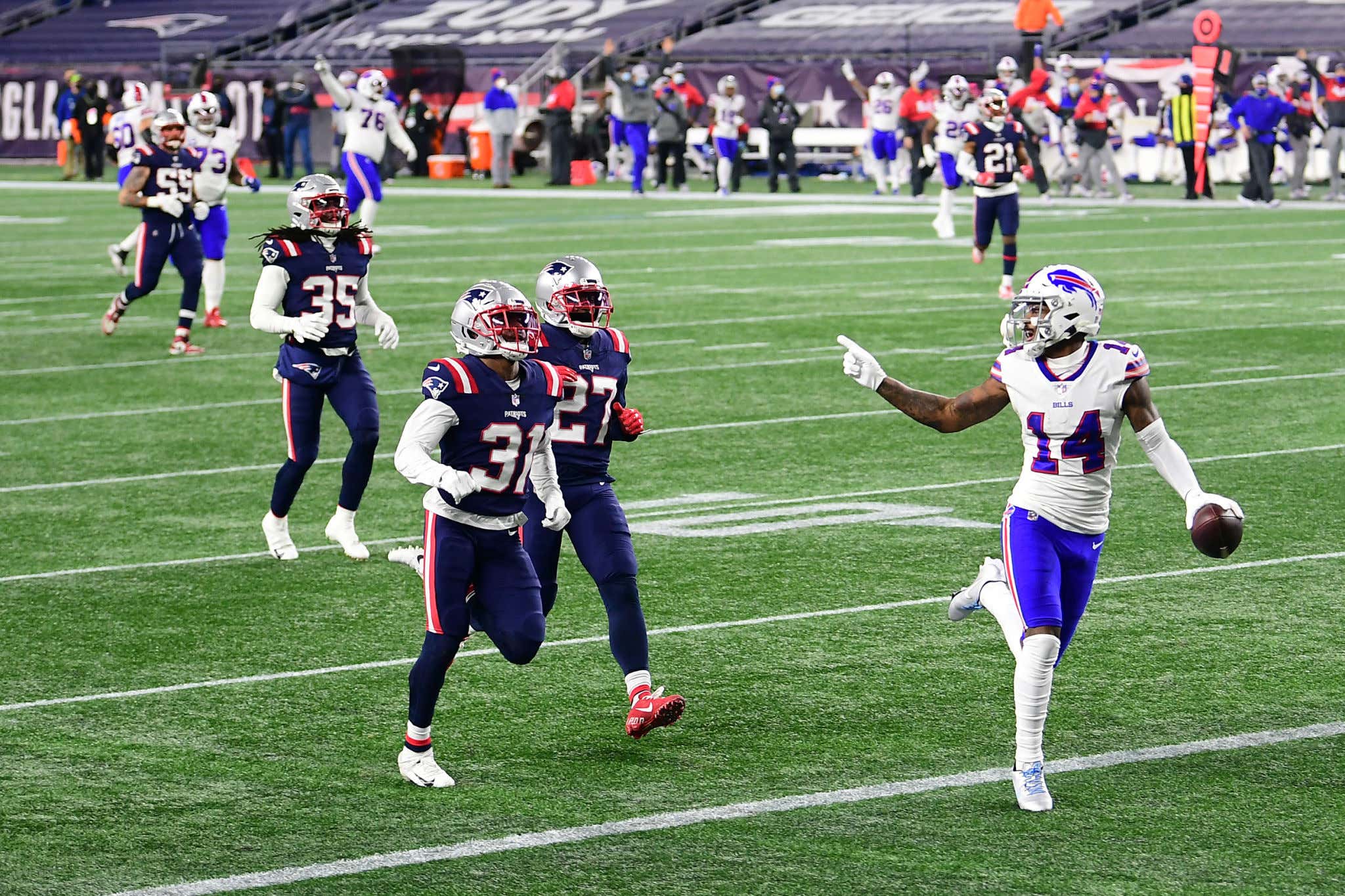 Yesterday, my true nature as a crazy, hopeful, upbeat, cockeyed optimist kicked in. Show me a glass that's half empty and I like to fill it to the brim with 18-year-old single malt. It's just who I am. So slipped on a pair of progressive-lensed rose colored glasses and listed the Patriots players who gave you a reason to feel good about an otherwise dismal 7-9 season.

I'm all about nothing if I'm not about spreading joy and hope for a brighter tomorrow.

But this is today. And even a Pollyanna like me wouldn't be able to live with myself if I didn't do a companion piece. A Gollum to balance out yesterday's Smeagol. Losing seasons don't just happen in New England without us having a grown up talk about the reasons it happened. No matter how unpleasant it might be. Understanding that 2020 was fraught with challenges that hit this team as hard as anyone. That they led the NFL in opt outs, lost a ton in free agency, had no money to spend and missed their bye week due to coronachaos. Nevertheless, even with all the mitigating circumstances, some guys under-performed. And we need to acknowledge them. In no particular order: 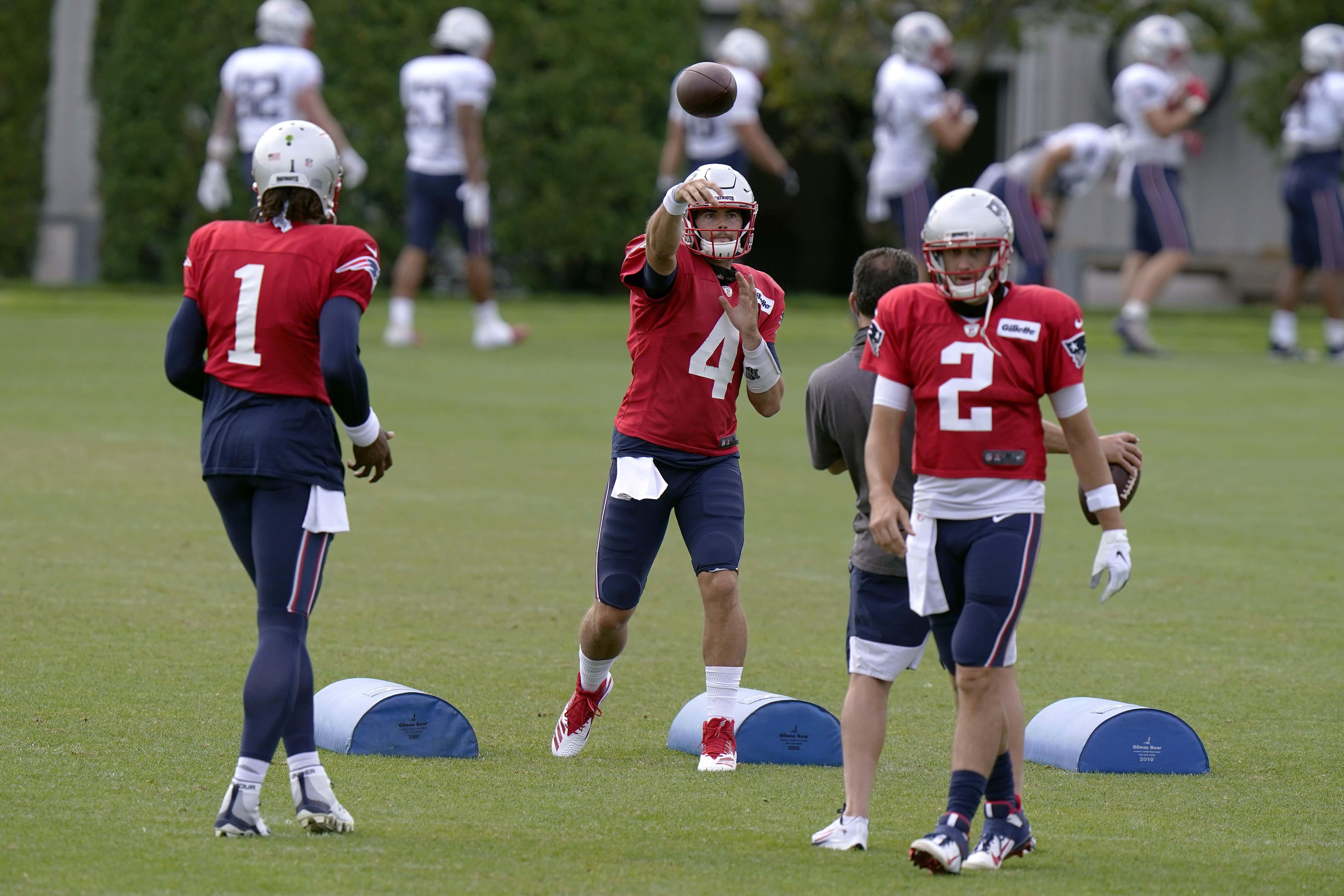 Cam Newton was brought in at the end of June under impossible circumstances. He was hired to replace the irreplaceable man, move away from his family, learn an entirely new offense and an expanded roster of new teammates like he was cramming for finals, all while being paid less than any former league MVP ever has. And he did everything as well as you could hope for. Except when he was throwing a football. You know the stats by now, so there's no reason to open up that container of expired dairy product and look inside. Trust me, the numbers are bad. Whether it was lingering effects of his surgery or what, but his mechanics were off. At times he seemed like he had to take a full windup just to get a ball to the 1st down marker. He was either sailing or bouncing simple throws. Maybe he didn't have much of a receiving corps, but the targets he had were getting open and still had to have the catch radius of Vitruvian Man (NSFW, dong pictured) to make receptions. He held the ball too long, taking way too many avoidable sacks. He had a preposterous number of balls batted down at the LOS for a 6'5" adult. And he rarely attempted to throw deep. Just 29 of his 368 pass attempts went 20 yards in the air, which is 7.9%, next to last in the league among passers with that many deep attempts. And this doesn't include the fact that he blew a chance to win in Buffalo by carrying the football like a hand basket of goat cheese and mango salsa at Trader Joe's.

And yet, for all that, Newton was statistically the best passing quarterback on the team (I'm not including Jakobi Meyers). By far. His passer rating of 82.9 was 28th in the league, but was a damned sight better than Jarrett Stidham's (54.7) or Brian Hoyer's (59.4). Stidham only attempted 44 passes and threw picks on three of them. For an INT% worse than all but two QBs with that many attempts. Hoyer has been in this system for parts of six seasons. But in his first start as a Patriot, at Kansas City, he played like the moment was too big for him, twice killing drives in the red zone. First by taking a sack on 3rd down with no time outs at the end of the half in a 6-3 game. And two possessions later, killing a good drive with a strip sack at the Chiefs 10. As a group, they produced the 30th ranked passing offense in the league, but in reality, only the Jets were worse because Baltimore finished 32nd in passing while rushing their way to the 7th most points. The fact the Pats also had a ground game and still couldn't take advantage of teams loading the box to stop the run was the first and biggest problem this franchise has had in a decade. 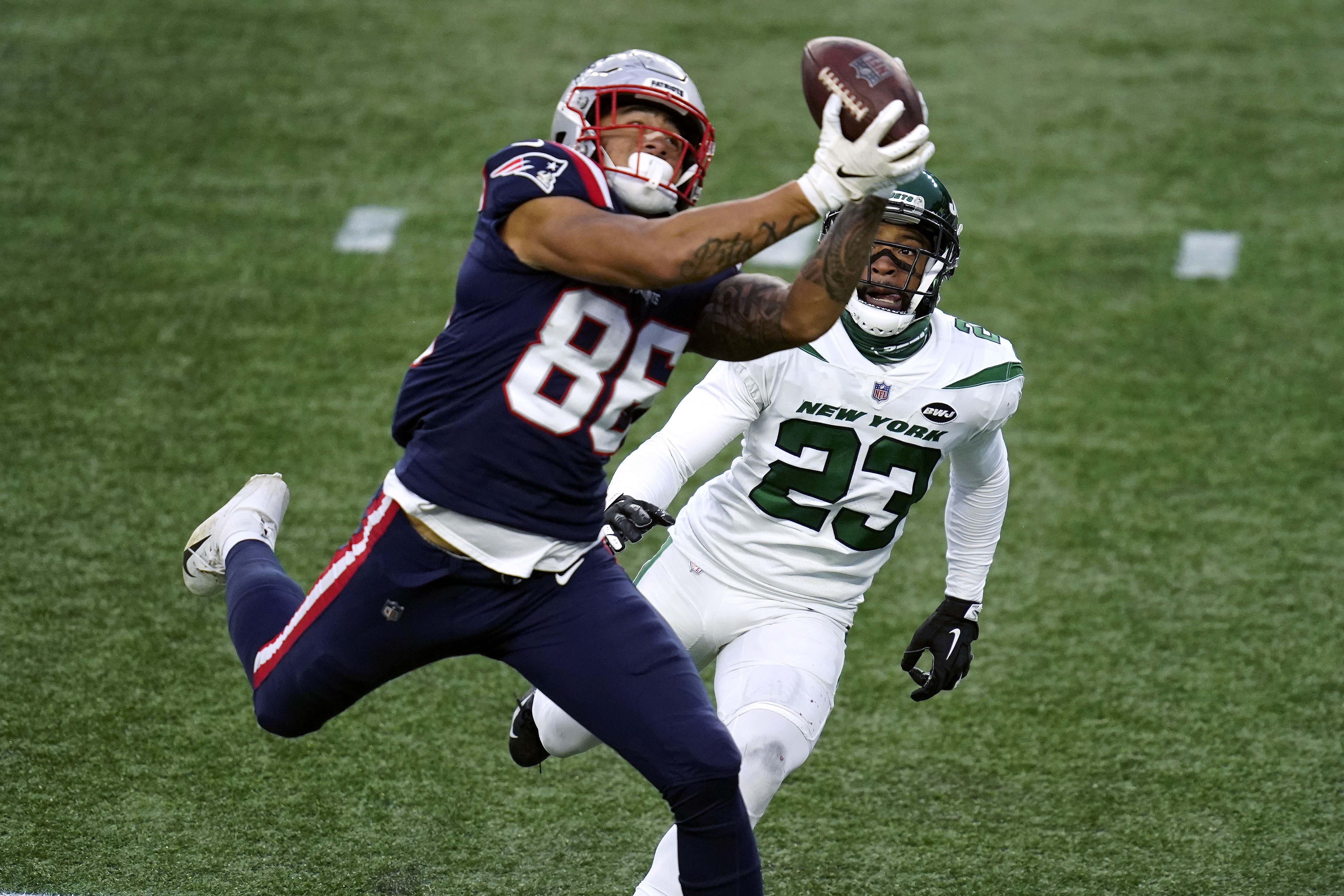 If everything else about this team going into the 2020 season was a total crapshoot, we knew one thing to a moral certainty. There was absolutely no doubt that the tight end position would be an upgrade from 2019. Unless both third round rookies were healthy and avoided unmasked trips to nudie bars, they'd have to top the positions totals from last year. Have to. After all, that's a pretty low bar to step over.

Yeah … about that. Here are the tight end depth chart totals, year-to-year:

I was told there'd be no math on this test, but that's more or less half the production. I'm not here to rip on them. Ryan Izzo was a seventh rounder in just his second season. The rookies barely dressed. Maybe through no fault of their own. It's a complicated position on this team. You're required to do a lot. They've invested a lot of draft capital on tight ends over the years, and they rarely produce much as rookies. And being stuck remote learning all summer can't have helped. I think the coaches regard playing TE like becoming a doctor; you have to go to school and pass all your exams and then do a residency before you can be certified to practice. So give them a normal year and we'll see. Asiasi played at a high level at UCLA, so it's not like he's incapable of making the jump to the pros. But 18 for 251 and 1 is astonishingly bad production the likes of which the league may never see again. 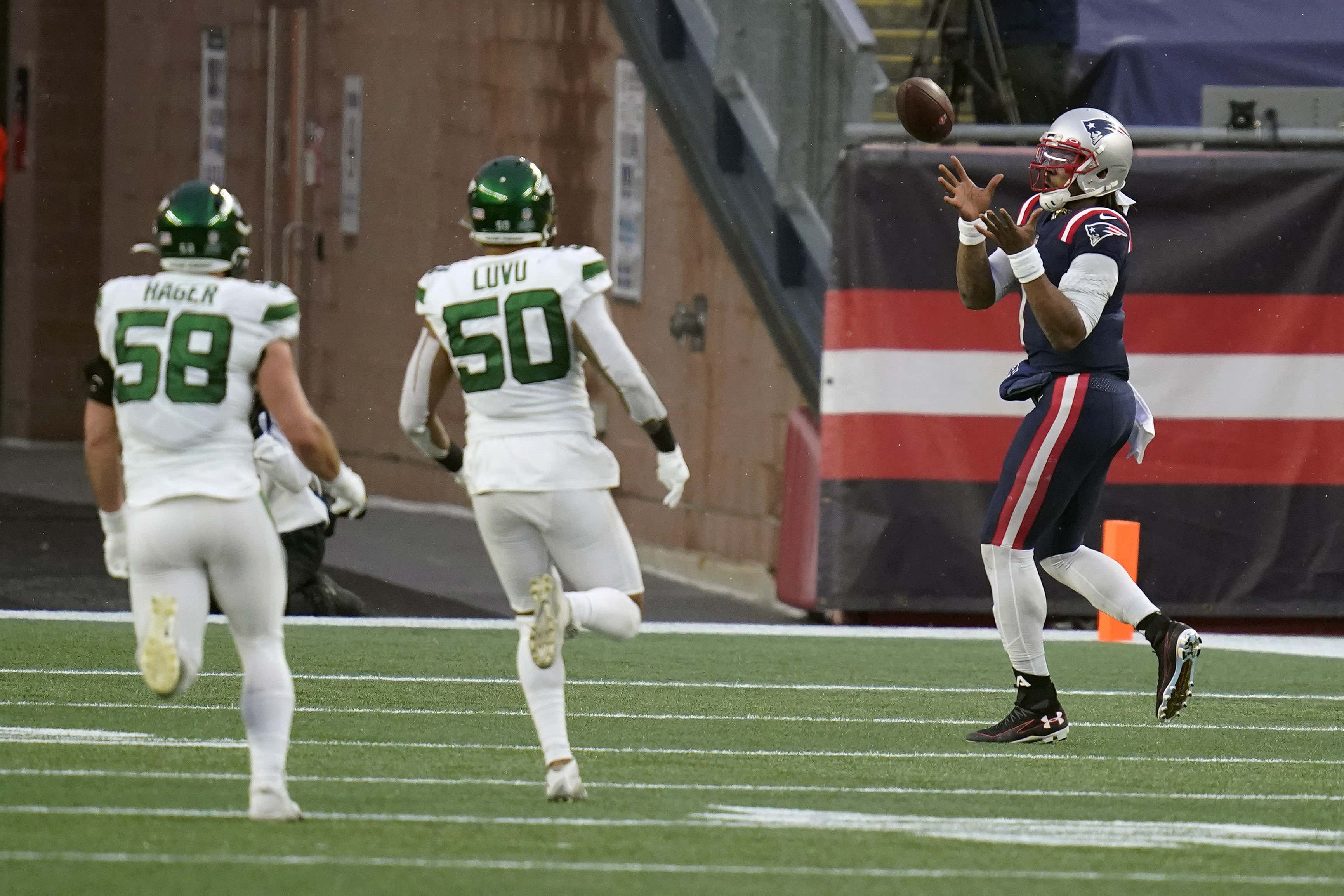 After yesterday's post, I got called out for not including Jakobi Meyers among the best Patriots. Correctly, I might add. That was an oversight and I own it. He led the team in every receiving category. He finished with 59 receptions on 78 targets and 729 yards, and his reception % was top 10 in the league among wideouts with 70+ targets. That's a hell of an accomplishment for an undrafted 24-year-old in just his second season out of NC State. But if we're being honest, we're kind of grading on the curve here. Being the best receiver in New England this year is being the Shire's tallest Hobbit. (Relax. Two "Lord of the Rings" references is my limit.) Damiere Byrd was right behind Meyers across the board, but at this point in their careers, both of these guys are at best WR3 and WR4 in a quality offense. That's no knock on them. They maximized their potential on a team that had colossal struggles getting the ball to them. It's an indictment of the roster that they had to be the top of the depth chart. Which leads me to: 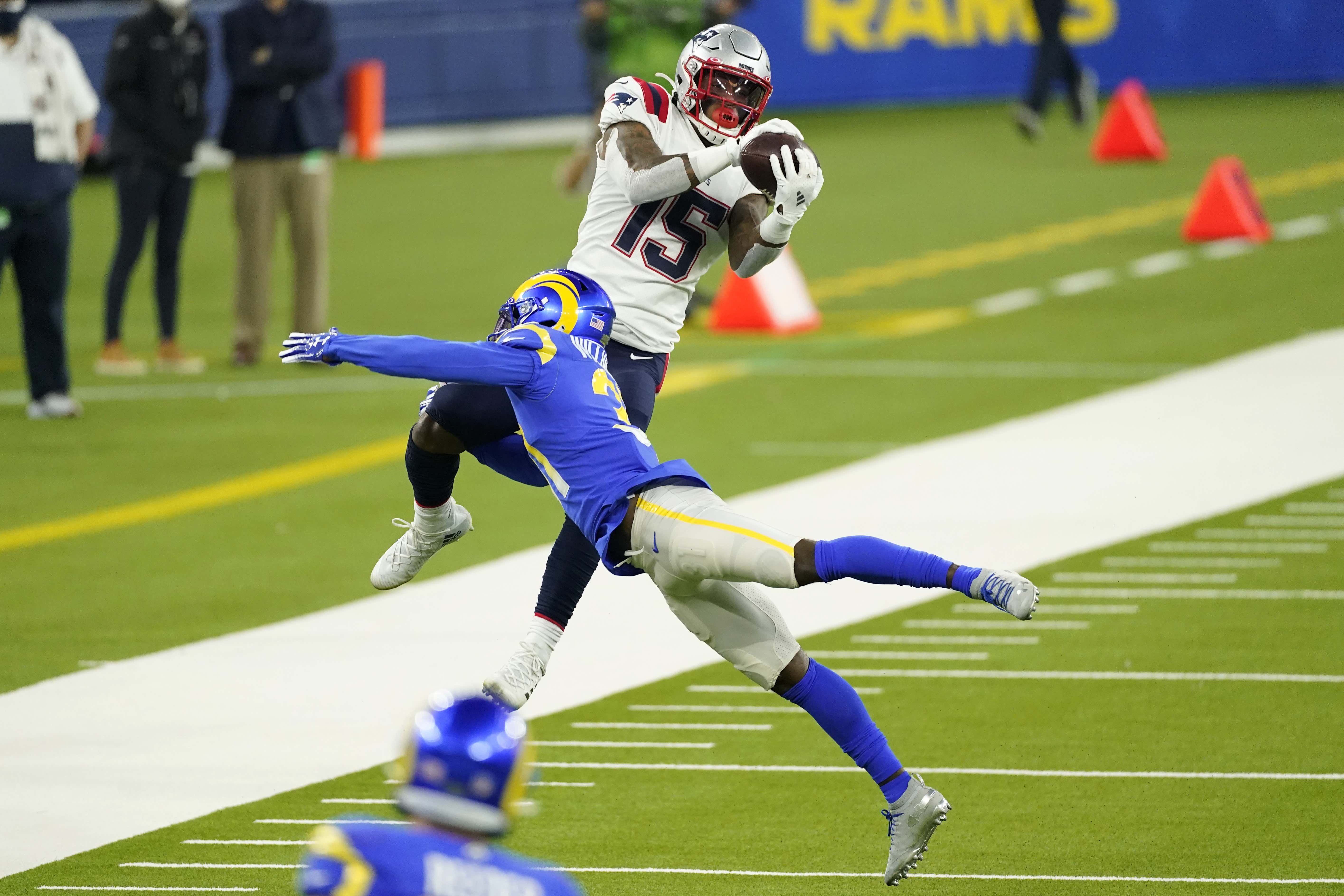 Harry gets his own dishonorable mention. I don't remember exactly when I decided to stop burning the calories necessary to keep defending him or lecturing people to be patient with him. It might have been after his 2 targets, 0 receptions for 0 yards and -2 yards rushing performance at Arizona in Week 13. Or after one of his four accepted penalties negated a big gain and killed a drive. And I'm not giving up on him, per se. There are experts like 3-Ring Club Member Matt Chatham who break down the all-22s and pointed out all the times Harry would get open and Newton wouldn't look to him. But I'm exhausted from sticking up for him just to watch him be a non-factor. For example, the last three games of the season he totaled four catches for 32 yards. And only once all year did he have more than 50 yards in a game, with 79 against Seattle in Week 2. That represents his career high. When he finally starts to justify the 32nd pick in the draft it took to get him, then I'll be impressed. Until then, I'm saving my energy. If there's one number I can give you to sum up his season, it's this. Julian Edelman had more receiving yards than Harry. Edelman appeared in six games.

The numbers say the Patriots run defense wasn't that bad. They finished with just the 7th most rushing yards allowed, the 12th most YPA and the 13th most rushing TDs. A Pro Football Focus graded them out as the 22nd ranked run D in the league. But this is one of those times where you throw out the statistics and remember the logistics. There were stretches of games where they got flat out bullied. In back-to-back weeks both San Fran and the Bills stuffed them into a locker for 190+ yards on the ground. In mid-December, the Rams swirlied them for 186. After the Dolphins dropped 250 on them, a social worker should've been called in with an anatomically correct doll. And the reason some other performances weren't worse was because opponents were throwing the ball so effectively they didn't bother to run more, like Seattle and the second Buffalo game. Losing Dont'a Hightower (opt out) and Kyle Van Noy (cha-CHING!) were huge mitigating factors. Both Kyle Dugger and Anferee Jennings were drafted to address the problem and both showed promise. Dugger, especially. And Lawrence Guy quietly had a year for himself on the inside. But in general, they were either too small in the Front-7 to hold up against the run (Josh Uche and Chase Winovich are, for now at least, passing down specialists) or play small (Deadrich Wise, Jr. often got knocked off his spot like a guy wearing size 8s, not 18s). 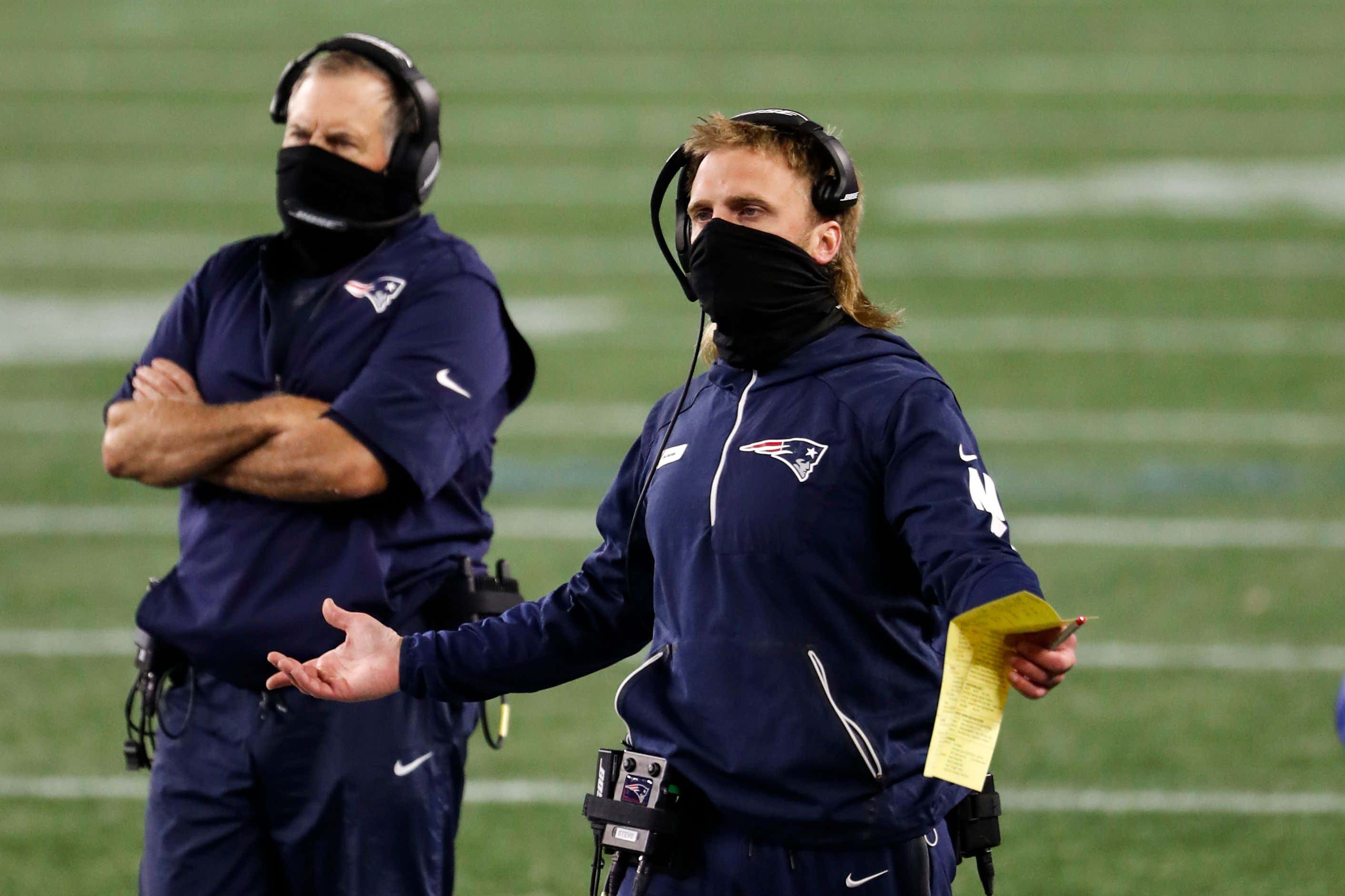 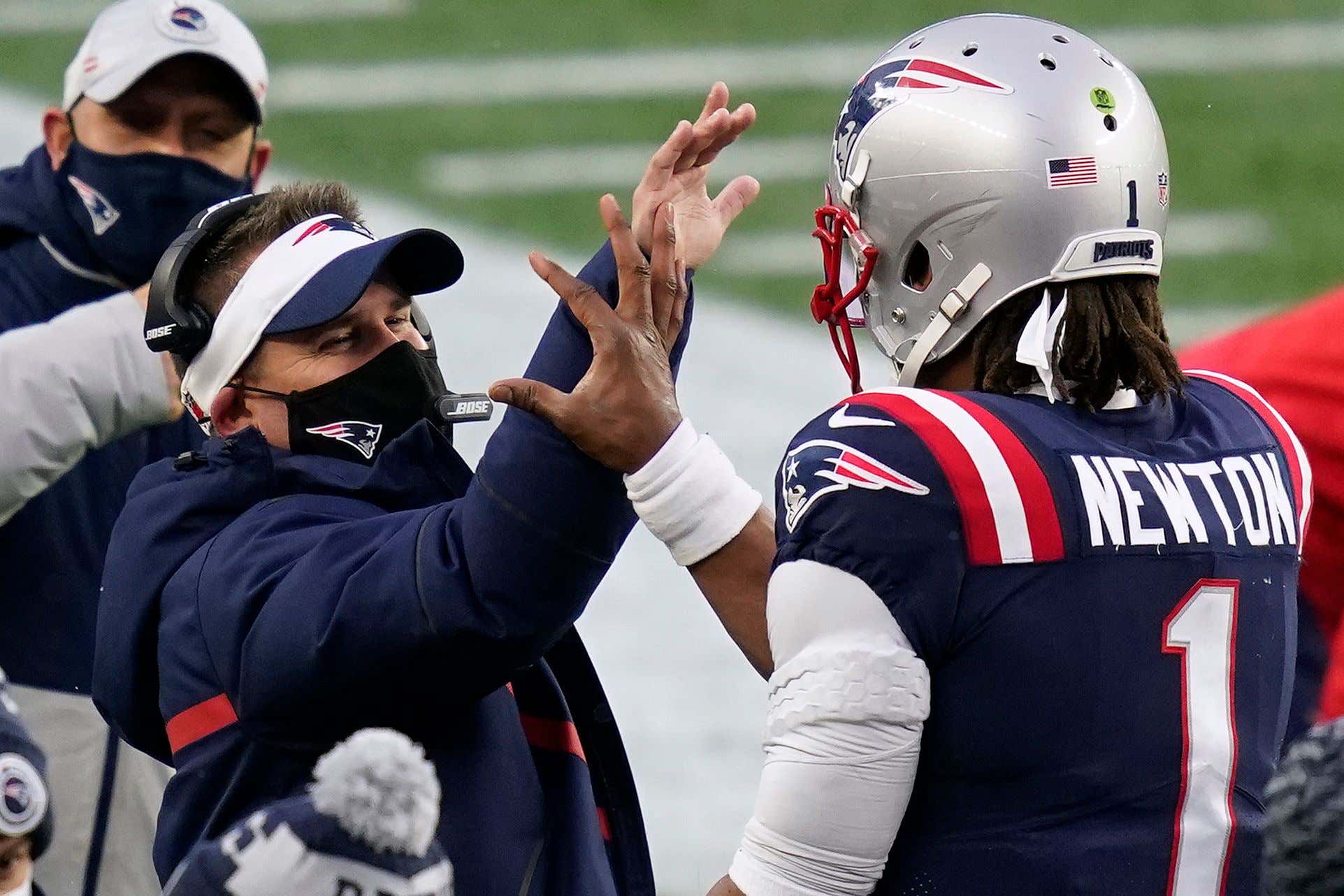 Elise Amendola. Shutterstock Images.
Again to be fair, there were extenuating circumstances all over the place. I've said before that the Patriots system on both sides of the ball is a high-performance, precision-engineered luxury driving machine. It runs like none other, but it requires a ton of expert maintenance. You can't just toss the keys to the kid at Jiffy Lube and grab a Keurig and a Sports Illustrated in the lounge while you wait.  It takes the Germans in lab coats to get it right. And obviously the Pats coaching staff struggled to transition into a post-Brady era with dozens of first and second year players via Zoom. But for better or worse, that was the assignment. There were breakdowns along the way. Guys lacking situational awareness. More unforced errors and presnap penalties than we've probably ever seen before. A 12 men on the field penalty coming out of a time out. Weird decisions on challenges and clock management. And at times a lack of the sorts of in-game adjustments that turn losses into wins, the way we're accustomed to. To their eternal credit, the staff got the team to stay together and show zero quit, even through the adversity, Covid wreaking havoc on the middle of the season and the difficulty of building team chemistry while talking in little rectangles on a screen. I include the coaching staff here because they are not without fault, but also because I think they hold themselves to a higher standard than this. And it showed.

I'm glad I got this post out of my system. The season ended four days ago and I could use some positive news starting five minutes ago.