Here is a look at #Eagles depth chart when Chip got hired. The players that aren't here anymore are crossed out. pic.twitter.com/ItVQ1VDgPV 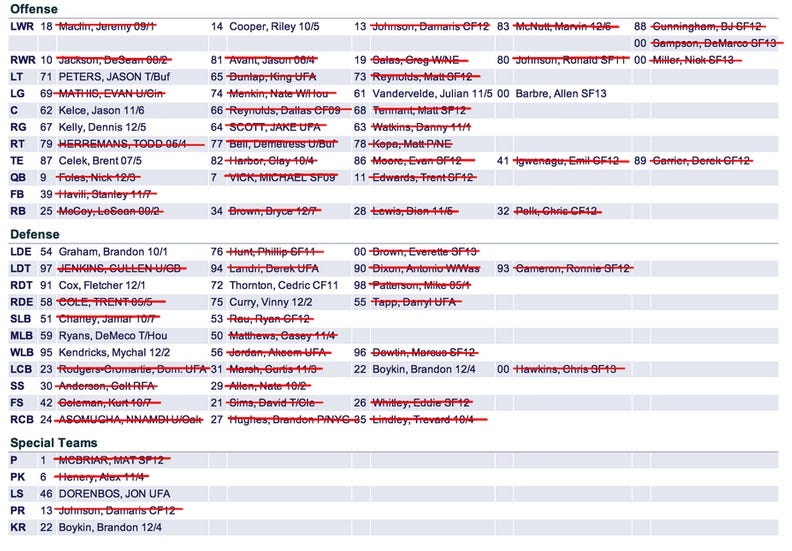 Every single QB and RB. 11 out of the 12 DB’s (every time Asomugha’s name is heard I instantly start convulsing). Danny “GTF off my screen and Earth” Watkins. All wiped clean by the wrath of God that is Chip Kelly. This isn’t necessarily anything we didn’t already know, it just seems like a lot when you actually see it on paper. I’d like to see how it compares to other teams that switch regimes, but it’s hard to believe the turnover would be this great only two-plus years later. ESPECIALLY when you have two straight seasons of (mostly) success after a 4-12 “Dream Team” ripped the soul right out of the organization.