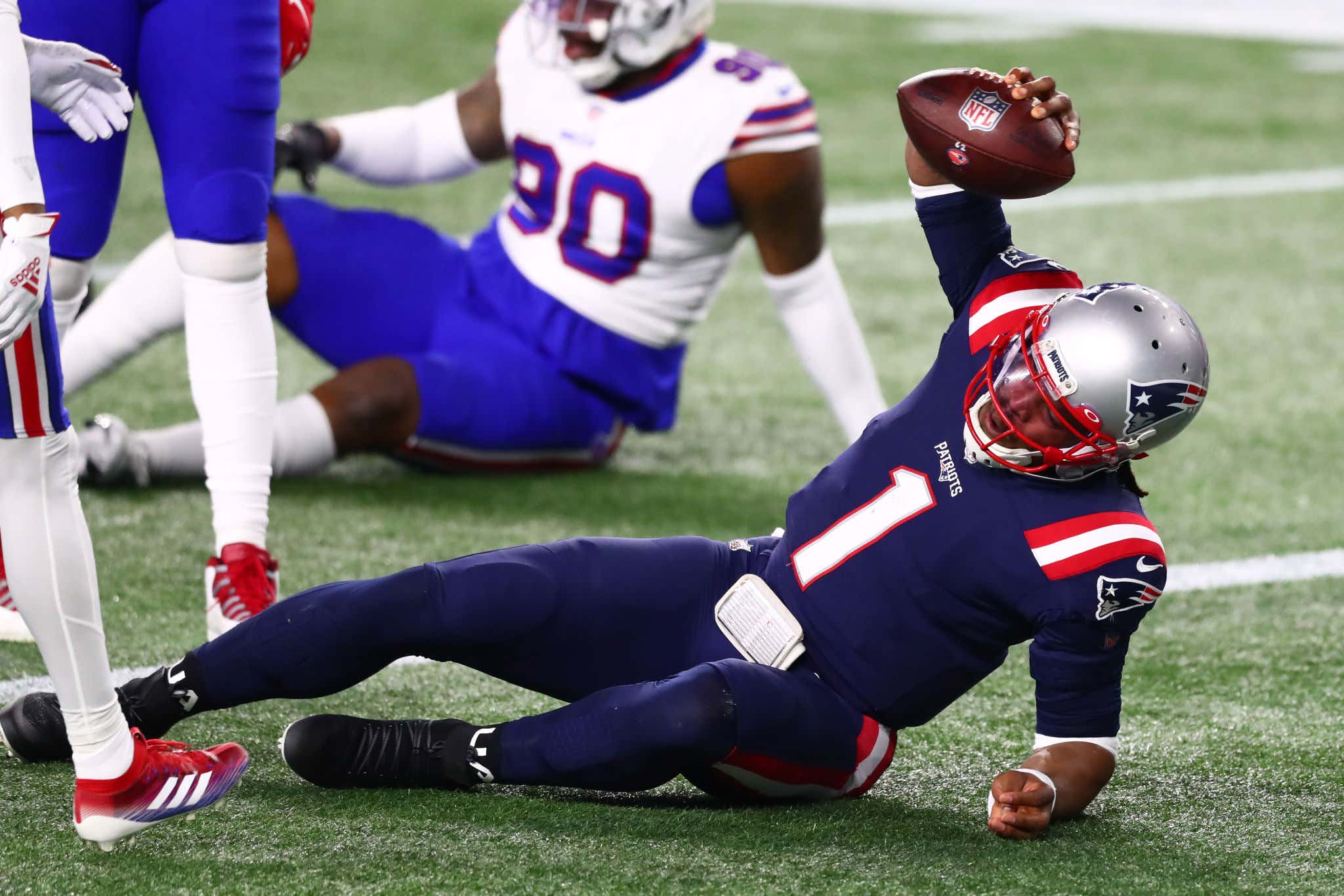 Remember just a few days ago when Adam Schefter owned the Sunday pregame news cycle with a report that the Patriots were not bringing Cam Newton back?

There was some back and forth about it in the postgame. Bill Belichick was asked about it and got all snide with Mike Reiss about "anonymous sources." Reiss said it came from Schefty. To which the coach told him to "ask Adam" because he didn't think that's what he said. It was a whole thing.

"It was not a report. That’s the part that in my world actually drives me crazy," he said Wednesday. "… On Sunday, Mort [Chris Mortensen] and I were offering our perspective, our perspective about 10 different quarterbacks. It’s an end of the year kind of thing where we rat a tat tat 15-20 second on each quarterback. My little bit on Cam somehow got blown up into a report. It was never a report. It was not a report.

“I watched it this morning. I said, ‘Both sides are looking for more.’ The Patriots are looking for more in terms of production, wins. Cam Newton is looking for more in terms of weapons around him, contract. Both sides will explore other options. And I think at that point I said, ‘Both sides could be expected to move on, but let’s see what direction they go.’ That was the last statement I made. That was the very last statement. That 20-second perspective thing in a season wrap-up on quarterbacks. And the next thing I know it’s on various websites that I am reporting Cam is one-and-done.”

Poor Adam Schefter. Uneasy lies the head that wears the crown. He wields more power than the One Ring, but like that Bane of Isildur, it will take a terrible toll on even the purest soul. His words carry weight. And when he utters a thought, we naturally assume it's coming directly from the people involved, like his thousands of accurate reports that came before. But that's a double-edge sword. Ultimately we who are among his 8.1 million Twitter followers are the dog in that Far Side cartoon who only hear the name "Ginger" when our master speaks.

Our bad. We either need to either listen more closely or stop listening altogether. And we can't be expected to do that.

And so when he drops this other Schefter Bomb in the same interview, what are we supposed to do?

What do we make of this? He says it's a guess. But is it? Is it a report? Or is it rat a tat tat 15-20 seconds? A bit? I don't want to report on this website that he's reporting Cam is going to make $40-$50 million over the next two years. But what choice does he leave me? This is a Brachiosaurus he walked into the room and I can't just ignore it.

I'll just say this: I hope he's right. If Cam Newton can somehow bamboozle some billionaire into paying him that kind of money, it will renew my faith in … well, everything. The system. The American Way. Capitalism. The value of hard work and believing in yourself. The ability of regular people to take advantage of privileged, wealthy lucky spermers. It'd be a nice reward for Newton after he came here and worked his ass off for the NFL veteran equivalent of nothing. So yes, I would like Newton to make $50 million very much. Just as long as it's not my team.

Newton has been a great guy and an even better team leader. He's done everything right. Which is to say, he's done everything right when he wasn't in the act of throwing a pass or protecting the football. And I'd like to think that for $20-25 million a year you can find a great teammate who can also do those two things. To put Schefter's number in perspective, here are the highest paid QBs in the league in 2020, according to SportTrac:

If after throwing eight touchdowns and 10 interceptions (joining Sam Darnold as the only starters in the league to have fewer passing TDs than INTs), Newton can parlay his season into a spot among this company, more power to him. And his agent. And the Patriots, for resurrecting his career. And he should give his agent a healthy percentage and leave a nice gift basket in the office at One Patriot Place as he goes. That would be a pure good. Just as long as those aren't Kraft Bucks he's getting.

The bottom line is that I hope Schefter's original rat a tat tat bit and this guess are both right. And I promise not to call them "reports."