Zdeno Chara took the ice as a member of your 2018 Stanley Cup champion Washington Capitals for the first time today. He skated. He passed. He shot. And most noticeably, he was 8 feet tall. 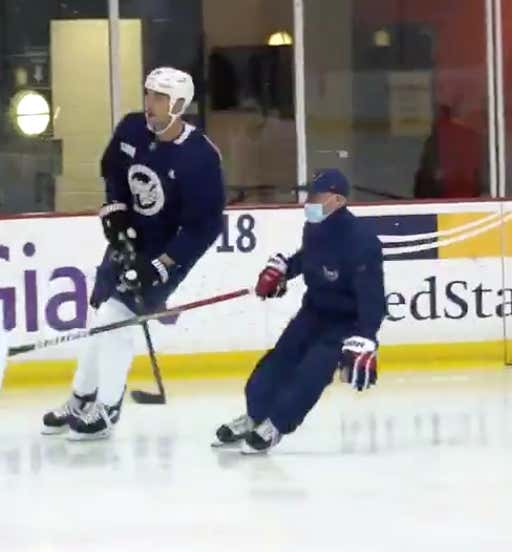 It really stands out that Zdeno Chara has not stopped growing. Most people stop growing somewhere in high school. But Chara appears to have hit another growth spurt at 43 years old, putting him firmly in the 8 foot range.

We are now a week away from regular season hockey. I'm craving it. I have no idea what to expect. 56 games, 7 opponents. Obviously the Caps are in the hardest division by far, but what can ya do? Just gonna have to score a shit ton. Could we be looking down the barrel of Ovi going 50 in 56? It's 100% possible. While other teams and players will tire from this sort of grueling schedule, Ovi will only get stronger. He feasts on the weaknesses of his opponents. Plus the Gretzky chase is always in the back of his mind. Caps drop the puck next Thursday and then it'll be the playoffs before we know it. Buckle in, going to be an insane ride.