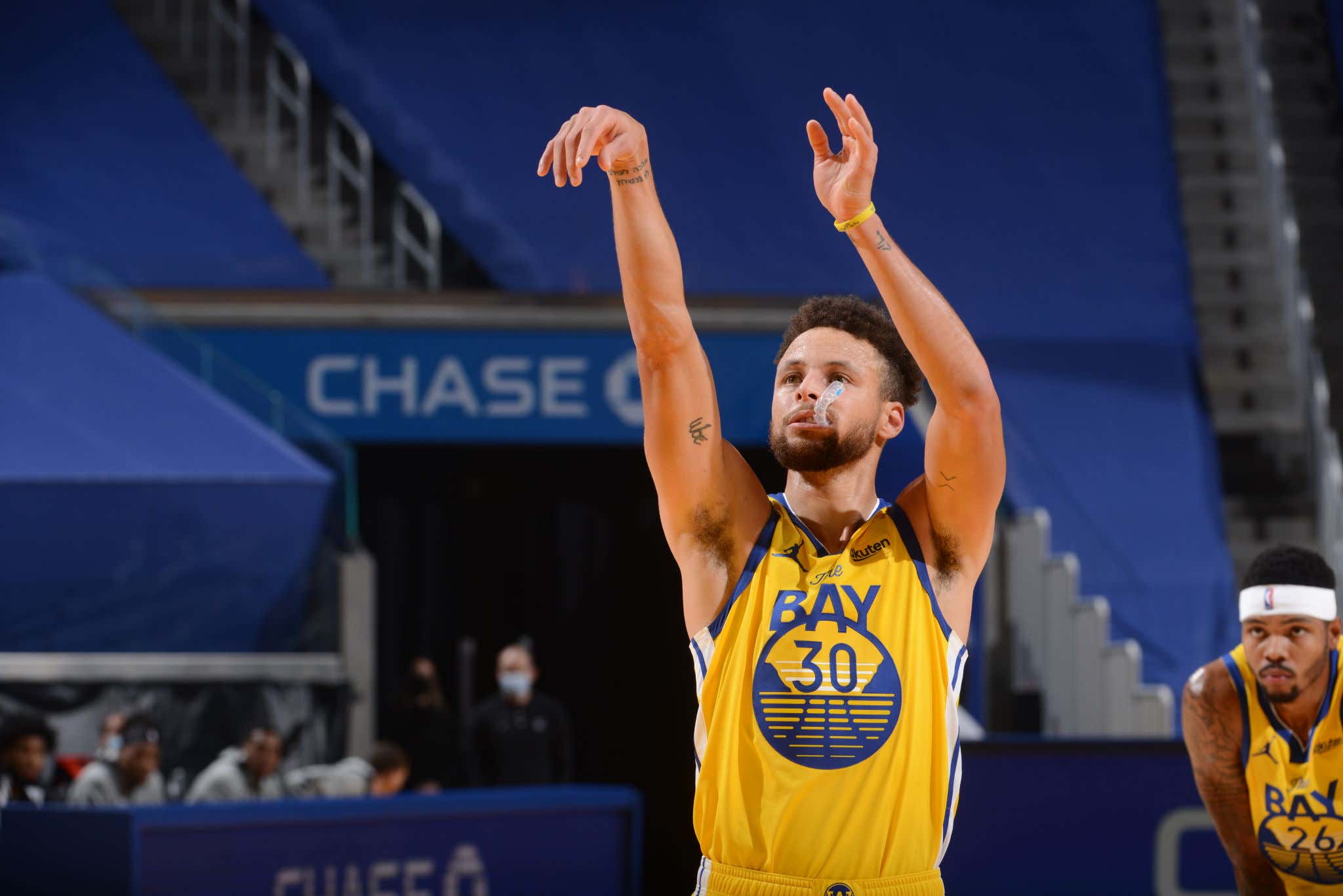 Look at what the internet did. I hate to say it, but it looks like we poked the bear a little too much and now that bear is awake and is tearing the face off everyone in its path. If you remember that 2015-16 season and how unstoppable Steph was, you probably remember performances like this

The last time we saw Curry at this level was that 2015-16 season which we all obviously know was the year he was the unanimous MVP.

After their tough start, the Warriors have currently won 4 of their last 5 and are right back in the mix in the West. Getting Draymond Green back into the lineup has been a huge reason why this team suddenly looks like the Warriors we all expected them to be this season. A problem. Steph told us he took the slander personally and look at what he's doing about it. 92 points in 67 minutes? What the hell even is that. That's some James Harden type shit.

With almost anyone who is off to this insane start, you would scream "small sample" or declare that this level of production is "not sustainable". The scary thing is, we've seen Steph do this over the course of an entire season before. It's what made him must watch TV. So of all the early season trends that might make you skeptical, this should not be one of them. This is simply what a healthy Steph Curry does.

Is it crazy to say that he's in the top 5 right now in early MVP standings? I wouldn't have him as the current favorite, guys like Jokic and Embiid are off to insane starts themselves, but he's absolutely in the conversation. He trails James Harden by 1 point for the league lead in scoring, he's 0.3 3PM behind the lead in the most 3PM in the league, and his production pretty much matches what he did in that MVP season. Now I do not think these Warriors will go 73-9 which may hurt his chances of winning another unanimous MVP, but if these Warriors end up with a top 3-4 seed without Klay? He could absolutely win it if he maintains this level of production.

Just consider this your heads up to make sure you watch every single Warriors game from here on out. They've transitioned from the league's biggest villain to actually being enjoyable to watch again and a lot of that has to do with what Steph Curry is doing on the court right now.

When he plays like this, it's about as must watch as it gets.