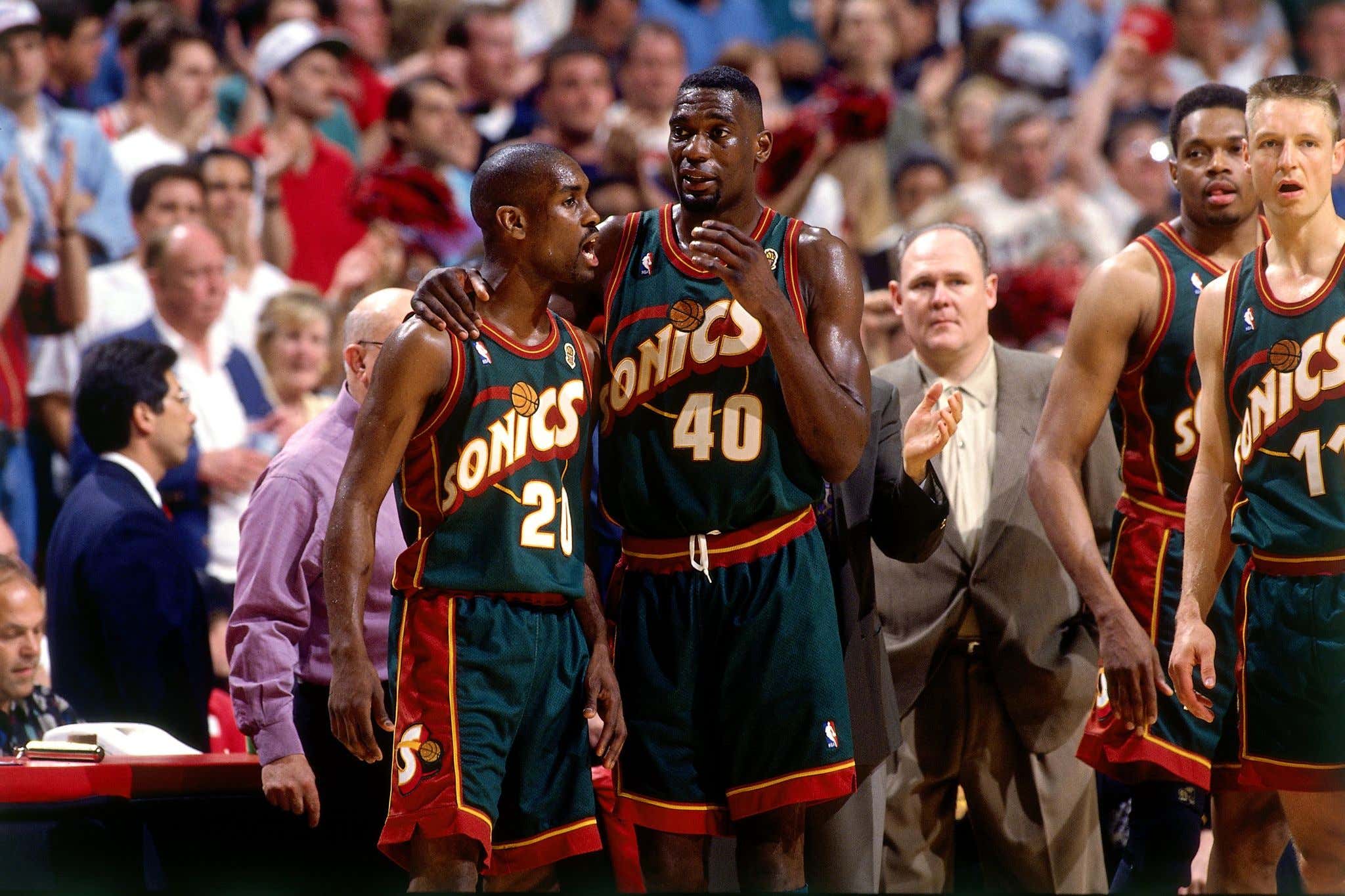 I've said it on the blog a million times and I'll say it again. We need the NBA back in Seattle. What happened to the Sonics was some absolute bullshit and it's time to right that wrong and bring NBA basketball back to the Emerald City. Well to do that you're going to have to expand to two more teams, and based off what Brian Windhorst is reporting that could cost around $2.5B per team based on what the Wolves currently sell for.

“Within the league office, sources said officials have floated the price tag of $2.5 billion each for two expansion teams in the near future,” Windhorst wrote. “Unlike other major revenue streams such as TV and ticket money, expansion fees are not split with players. Such a haul could mean about $160 million per team, a windfall that could wipe out the massive debt load that’s piling up, and that alone has perked interest in the expansion path.

“Considering there might be multiple offers from cities like Seattle or Las Vegas and that the league knows its business and its bidders, that could be a fair projection. But a potential Wolves sale of $1.5 billion or less would mean a correction in the NBA market after a decade of growth.”

I don't care how much it costs because it's not my money, I just know I need this to happen. You want to add a team in Seattle and Vegas? Fine by me. The chances of relocating a current team to Seattle are like 0.0000001% so if expansion is the way then let's do it. There's enough talent in the league to make this happen. There's also this to consider. For years Adam Silver was always quick to shut down the idea of expansion. Now? It sounds like he's warming up to the idea

Call me an optimist, but hearing Adam Silver say the words "it's inevitable" sure sounds like this could happen sooner than later. Now that the world has seen that pro sports can also work in Vegas, the Summer League already being in Vegas in a normal year that pretty much sells out, plus with all the changes in sports gambling becoming part of the norm, a team in Seattle and Vegas is a no brainer. For a league that is always concerned about revenue, you don't think those markets would provide a shit ton of money? Of course they would.

This news/reporting/hope is what makes me so happy for Sonics fans. There was a time where it looked like they may never get an NBA team again, but now there's real reason for hope. I may be getting WAY ahead of myself but this feels more like a "when" situation as opposed to "if". The second owners realized they could make a shit ton of money, of course it became more real.

What I'm also going to need to be worked out is if a team does go back to Seattle, the Thunder need to let him bring back all their old logos/colors/etc. I'm pretty sure they own all that stuff since they were once the Sonics so I'm going to need them to not be giant dicks about it. You screwed the people of Seattle once before, at least let them have their shit back if the team comes back to life.

Remember how fun this was? This is what we need back in our lives