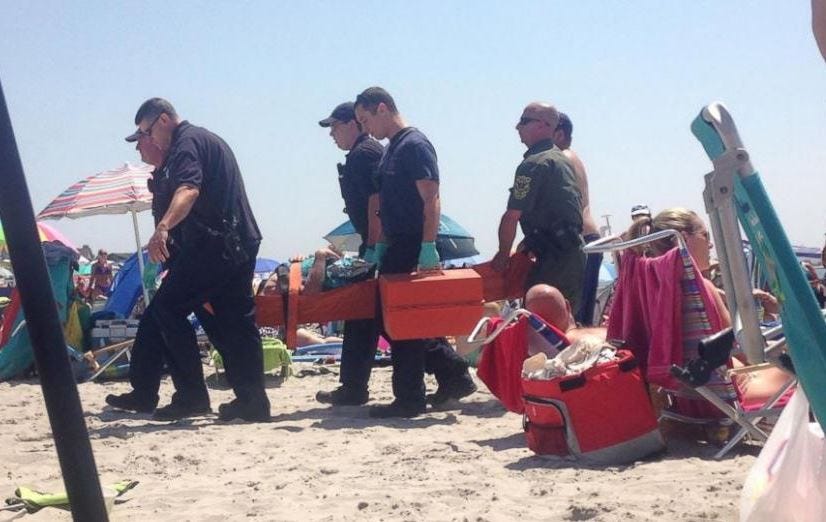 Yahoo – A woman injured in an apparent explosion at a Rhode Island beach said the last thing she remembers is relaxing and reading a book. “We watched a gentlemen get ready to go scuba diving. He was putting on his scuba diving gear and that’s the last thing I remember,” Kathleen Danise, 60, of Waterbury, Connecticut, told ABC affiliate WTNH on Sunday. Danise was at the Salty Brine State Beach in Narragansett on Saturday with her two sisters and niece when she was launched onto rocks during an apparent explosion. “She was like a human cannon,” Danise’s sister, Laura Demartino, told WTNH. One beachgoer, Michele Martin, said the injured woman “went five feet up in the air,” and, “landed on her face.”

I know this story is a couple days old, but I guess people are still talking about it?  People apparently still don’t know what happened?

I mean you don’t really think a sea monster like this just disappears do you?  Of course not.  It couldn’t be more obvioius.  Joey Mello was probably washing his blood off in the ocean for an hour and a half again and boom bad things start happened.  I mean jesus Christ people.  Read a book for me one time.