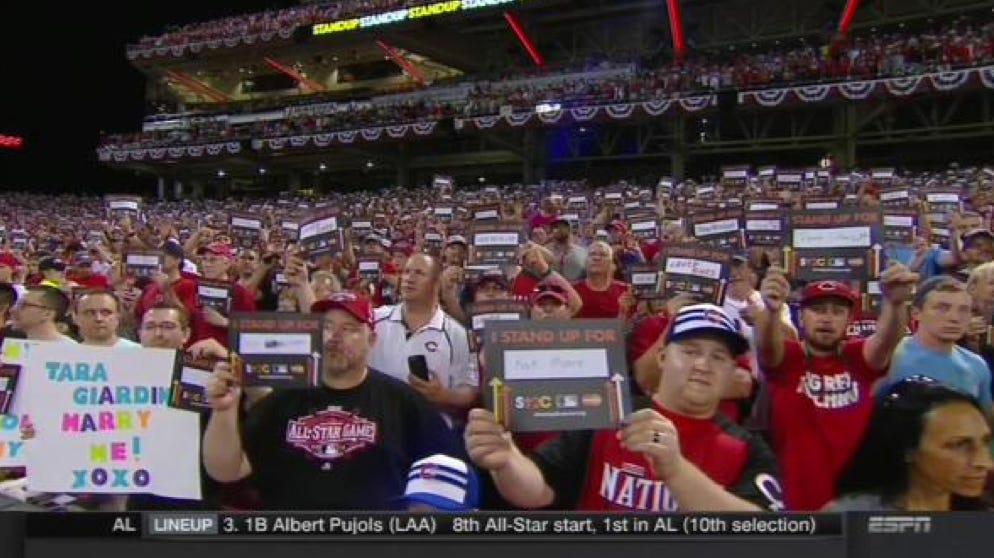 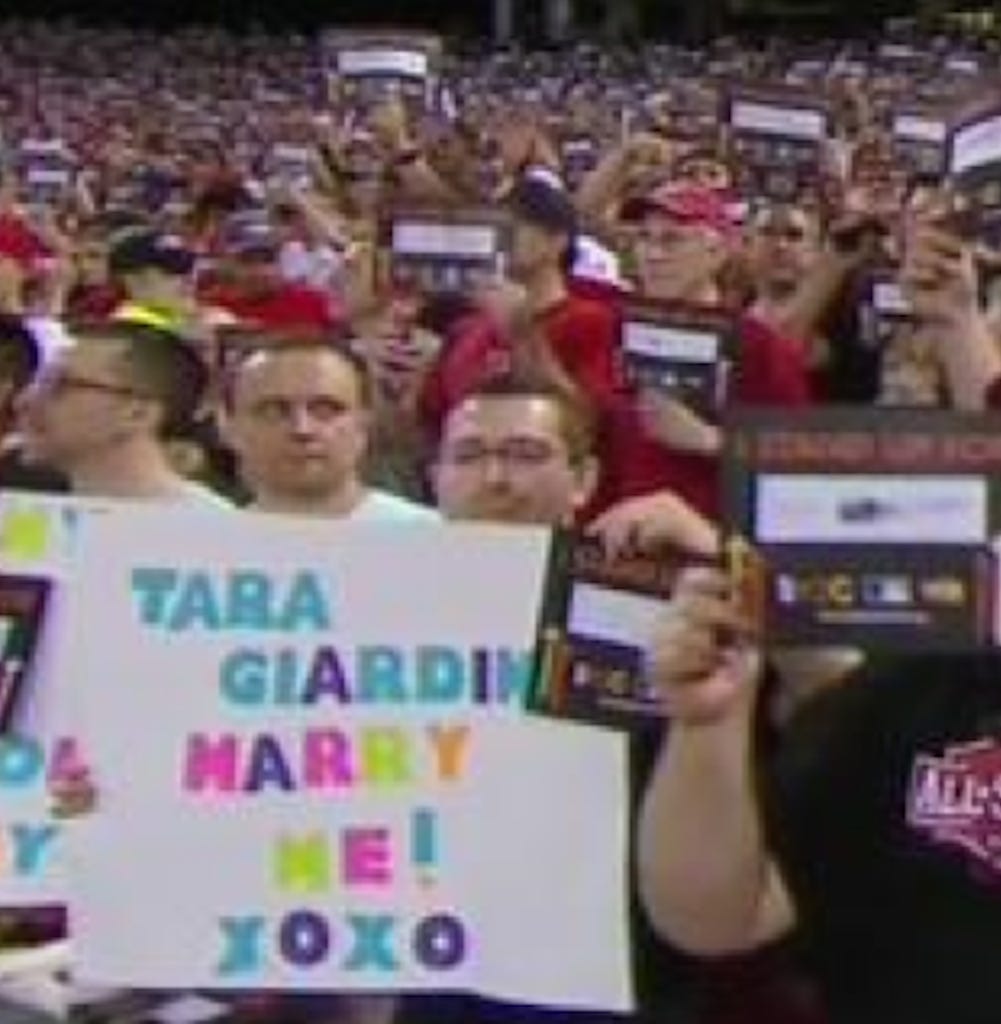 That’s romance, folks! The remote proposal to a chick who you didn’t even invite to watch the Derby with you. I used to think that the in-stadium proposal was as bad as it gets, but the in-stadium proposal during a MasterCard cancer tribute when you left your wanna be fiance home on the couch absolutely tops it. Love how he’s two handing the signs too. “I stand up for my dead grandma. Also, Tara let’s get married.” Swoon City.