Not shockingly Big T is wrong ... again, like most things. Yeah, no shit it's embarrassing to see Kentucky at 144 in the NET Rankings, but here's the thing that Big T doesn't know or just forgets. The NET Rankings mean ... wait for it .... absolutely nothing. Landing in the top-68 doesn't guarantee you a spot in the NCAA Tournament. It's simply a sorting tool for the committee to use. But, wait! Here's what else Big T doesn't know about. They mean even LESS this year. Don't believe me?

Hmm, the eye test formula is WAY different than NET Rankings. Also let's not forget that some of the past gems of the NET Rankings - you know, the same one that had Loyola Marymount at No. 10 in the first ever reveal. That Loyola team ended up not even sniffing the NCAA Tournament. It's like me using these standings and saying that Kentucky is better than Tennessee. Factually correct, sure, but small sample size.

You would think that Tennessee fans would learn over the years that 1) they don't win at anything, ever and 2) starting to freak out early never ends well. Just ask him how Jeremy Pruitt is doing?

Oh and one small, minor detail that dumb Tennessee fans seem to leave out here:

Since then? Kentucky won the SEC by three games while Tennessee was 9-9. Slightly minor detail that's worth mentioning when bragging about a regular season win that 'broke' Kentucky basketball. Sure 2-6 is ugly. No arguing that here. But Dontaie Allen is now playing and that's a game changer, literally, you saw it on Saturday. They played the 12th toughest schedule in America while figuring shit out. I'm not overly worried even if this team looks raw. You can see slow progress each game and now you're starting to get roles figured out. Maybe if they played the 150th toughest schedule in America, they'd figure it out against Tennessee Tech and USC Upstate. But that's part of growing up. Beat Vandy, go to 3-6 and you start to be able to cook something. 10-6 (assuming they only play 16 games) in the SEC gets Kentucky an NCAA Tournament berth.

And I'm used to this. Fans like Big T and programs like Tennessee like to take their shots at big, bad Kentucky. That's what happens when Kentucky is the gold standard of college hoops. That's what happens when they have more wins in the history of the game than anyone else to go with 8 titles and 17 Final Fours. People dream of being Kentucky. Kentucky is 155-74 against Tennessee. Frankly, I'm surprised it's even that close. Why?

Because Tennessee basketball is one of the biggest failures in college basketball. 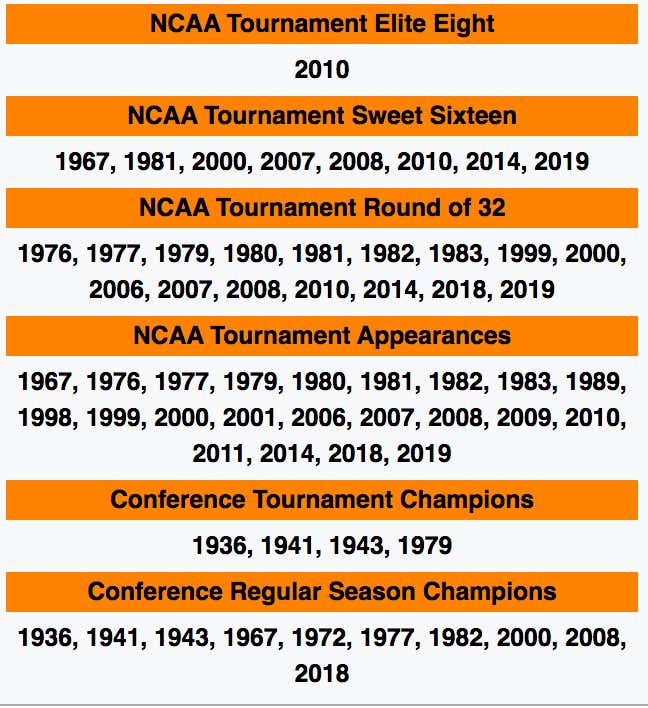 I'm sorry … is that just, just one Elite Eight? Ever? This recent success they love to brag about has one banner and that's an SEC regular season title? Where there's an unbalanced schedule. Tennessee couldn't even win ONE SEC Tournament in that time? Well surely it's because they didn't have talent on the roster right? Wait, you're telling me they've had Grant Williams, Admiral Schofield, Bernard King, Ernie Grunfeld, Allan Houston, Tobias Harris, Dale Ellis, Josh Richardson, CJ Watson, etc. come through the program and that's all they have to show? Disgusting.

Makes a little more sense now why Big T is so focused on rankings that don't matter.