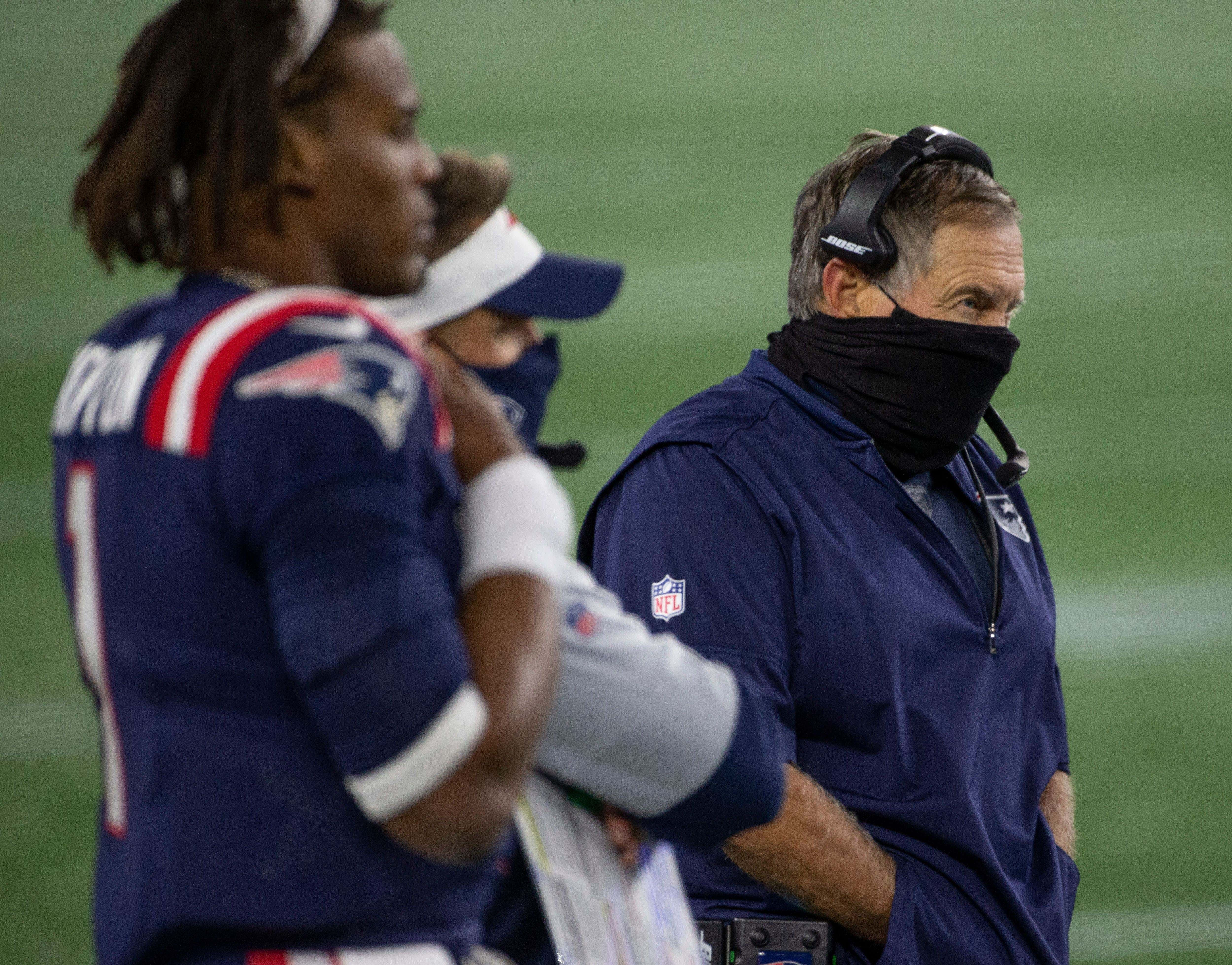 One of the great things about the Patriots Dynasty is that it's not hard to evaluate a season. There is no grading curve. As a matter of fact, there are no grades. It's a Pass/Fail course. You either won a Super Bowl or you failed. Either everyone maximized his potential and did everything he had to in order to raise another banner, or everyone has to do better. No one celebrates records and I have it on good authority the nine Lamar Hunt trophies are in a marina holding up VIII Rings while it's in dry dock for the winter. I wouldn't have it any other way.

But while that's a good philosophy and has served the franchise well, it has it's downside. It's not for everybody. As Bill Belichick has admitted many times, he's not the easiest guy to play for. For every Devin McCourty, Matthew Slater or Kevin Faulk who wants to retire a Patriot, there are dozens of Michael Bennetts, Reggie Waynes or Cassius Marsh who nope out of here at the first opportunity. It's understandable that some veterans just don't have it in them to pay that demanding price.

What we learned today is that Cam Newton is not one of those guys.

WEEI - Now that Cam Newton has experienced a full season in New England playing for Bill Belichick, what surprised him most about the legendary coach?

“How cool he was," he said Monday on The Greg Hill Show. "I really thought it was like, ‘Oh my goodness, he’s going to be that sour principal that you never want to see in the hallways.’ He’s so cool, man. He’s a guy who, you know, for what it’s worth he seems like that guy you just want to have a drink with. Just sit down and like, ‘Hey man, can I kick it?’ You know what I am saying, ‘Let’s chat.’ I bet he would be so dope at a bar. I mean, he's got stories out the wazoo. I have never seen him on those instances, just FYI.

"Every time we talk, every time we just have an encounter it’s much appreciated because you know how much football is just flowing in his head. But yet, he has a great way to motivate guys, to understand that this game is not necessarily about the hype or how the media may heighten this whole situation rather than it’s about us and our fundamentals. He does a great job reminding us that constantly.”

To be clear, hearing that does not put polish on the turd that is a 7-9 season in which your starting quarterback of 15 games threw 2/3 of your total touchdown passes (8 of 12, if I reduced my fractions correctly). If we had more than a binary grading system, that would be marked F for Fucking Terrible. The team and the QB. And yet it's still good news.

What Newton's comments do is give lie to all the media types who said these two couldn't function together unless one of them caved in and became something he isn't. The dopes who portray Newton as a buffoon in clown outfits and Belichick as a homunuclus who's created a culture designed to keep everyone miserable for reasons. Which is a narrative that was being pushed on the No. 1 radio show in New England the instant Newton was signed:

A hot take which I called shenanigans on as soon as they said it:

Superman gestures might trigger the bejeebers out of sports radio hosts and old farts who live their lives on the verge of telling you an old Bronko Nagurski story from the days when men were men while they yell at a cloud. You know who isn't that guy? Bill Belichick. Don't project that bullshit on him.

He wants his players to celebrate good plays. He likes when they play with passion. In fact, he insists upon it. It took me half the morning to find this clip, but here he lays it all out. It's from the Part I of the two-parter Belichick "A Football Life." Which was filmed during the 2009 Patriots season, by far the least likeable of his 20 teams in New England. The Pats suffered a huge leadership drain after the '08 season, having traded Mike Vrabel and Richard Seymour and losing Rodney Harrison and Tedy Bruschi. Into that vacuum stepped malcontents like Adalius Thomas. The bad attitude was so prevalent and caused such a lack of enthusiasm on the field that it showed up on tape. And before the Week 1 game against Buffalo, Belichick called them out for it, with video evidence to make his point. The clips of the meeting are intercut with footage from Mr. Kraft throwing a party for the Pats 50th anniversary team, so stick with it for about two minutes (cued up to the 13:13 mark):

Newton has failed in New England. So have the 2020 Patriots. There's no arguing that. But it's for a lot of reasons not one of which is Newton is not a serious guy or Belichick runs his organization like a factory floor in Upton Sinclair's "The Jungle." The "culture" here everyone likes to talk about has nothing to do with not enjoying the game. It's about taking the game seriously, but playing and coaching with enthusiasm. It's about not getting distracted by counter-productive nonsense like getting taunting penalties. It's about being focused and knowing your assignments and being prepared. In those respects, these two are practically the same person. They just come at the same place from different angles, is all. As Odell Beckham Jr. told Newton not long after the signing. "But I think the perception with Belichick is not like that," he said. "For me watching you, and to feel that vindication and to be going to Belichick, there is no "How is going to work?" from me. All he wants to do is put you in a place to succeed. And I'm happy to see that."

Again, fat lot of good that does the Pats this season. But going forward, it ought to kill off some of this perception that to play in Foxboro you have be a Replicant who's forbidden to enjoy football until you're on the field at the Super Bowl getting confetti rained down into your sweaty hair. Let that be a lesson to the probably dozen or so QBs that are going to be on the market this offseason.

And as for Newton, I called firsts on getting Belichick into a bar a long time ago. I've been waiting for 20 years and nobody gets to shoot pool with him at a pub in Nantucket, pounding down New England IPAs over platters of wings and Ribs & Dibs while I explain some of my blitz packages to him until I've gotten my shot. So thanks for your service this year. But everyone is in line behind me.