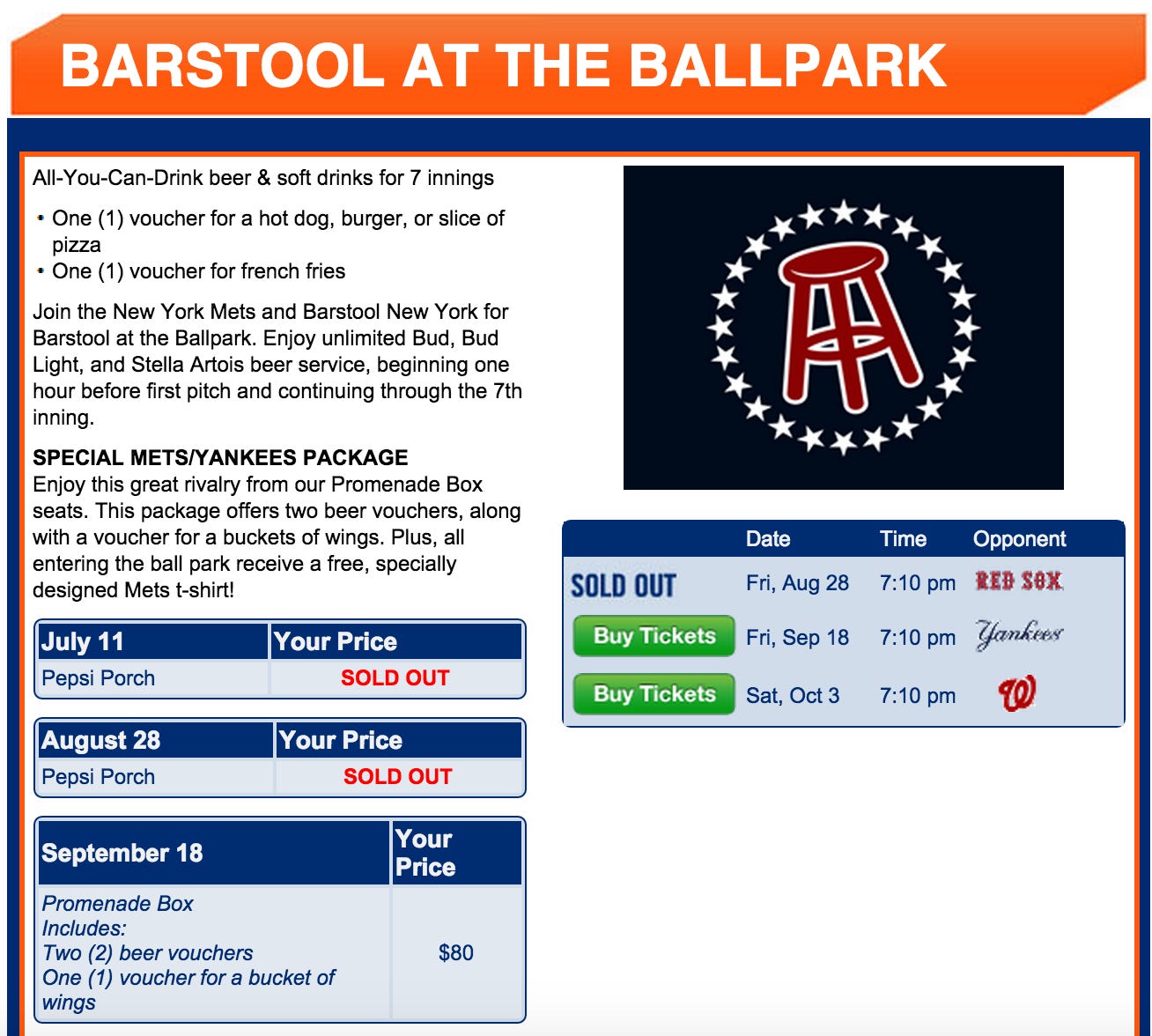 So we’re 2 for 2 on our Barstool at the Ball Park events. First one, despite a shitty loss, was a great time. Perfect weather, sold out porch, tons of beer flowing. This past Saturday was number 2 against the D’backs. Everyone got to witness Matt Harvey’s first ever home run as well as 9 strikeouts as he set the Mets up to sweep Arizona to head into the break.

Our third event is the Sox game in August which is already sold out, but after that is the most important one. Subway Series, Mets vs. Yanks. The grandaddy of them all. Unfortunately the Pepsi Porch was not available that night, so we were unable to do the unlimited beer. So, we’re doing the next best option which is your ticket for admission, plus 2 free beers and a bucket of wings for $80. Still a ridiculous steal given the fact that its a Subway Series game. Since Mets/Yanks tickets are a hot commodity, the Mets can only keep those tickets on hold for a certain amount of time. They will soon be released to the general public. So if you’re on the fence about buying and were thinking about waiting, you gotta act now. Grab your tickets now before they release them to the masses. Theres probably between 200-250 left, but with the way these have been selling out, after this blog goes up I wouldnt say you have much time. Better to buy tickets now than be sorry later.

Buy all tickets for Mets Barstool outings at Mets.com/Barstool

Like I said, no guarantees on how long they can reserve the seats for Stoolies, so buy now before its out of my hands.