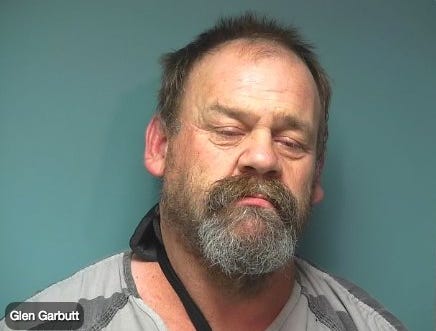 Oregon - A 56-year-old man faces charges after authorities say he was spotted sexually abusing a horse in Grand Ronde. According to a probable cause affidavit, the horse’s owner and two other witnesses told a Polk County Sheriff’s deputythat they spotted Glen A. Garbutt “masturbating himself and (the) horse,” while on his property on June 4. It is not clear why the horse was on Garbutt’s property. The deputy searched for Garbutt but couldn’t find him until June 28, when the deputy received a tip from a Grand Ronde Tribal police officer that the suspect was at a Seventh Day Adventist Church in Grand Ronde. Garbutt ran when the deputy found him. The deputy repeatedly warned Garbutt that he would be Tased if he did not stop running. Garbutt was Tased at least three times before the deputy and other authorities who arrived as backup, were able to arrest him. Garbutt was booked into the Polk County Jail on charges of sexual assault of an animal, resisting arrest and interfering with a police officer.

You know what they say, “Glen Garbutt gonna Glen Garbutt”. And Glen Garbutt Glen Garbutt’d. No matter how many times you tell Mr. Garbutt, he’s going to jerk off a horse. He just can’t help himself. Some people watch porn, some people go to strip clubs, and some people just want to jerk off a big ol’ horse dong. Maybe if our fearless leader had Glenn Garbutt in his corner his horses wouldn’t run in place. And to call it sexual assault of an animal? Really? Horses don’t have hands. They lack the ability to jerk themselves off. I see it more of a favor than anything. I bet if you could ask that horse if he was assaulted, the answer would be an astounding….wait for it….NAYYYYYYY. A+ joke to end the blog.