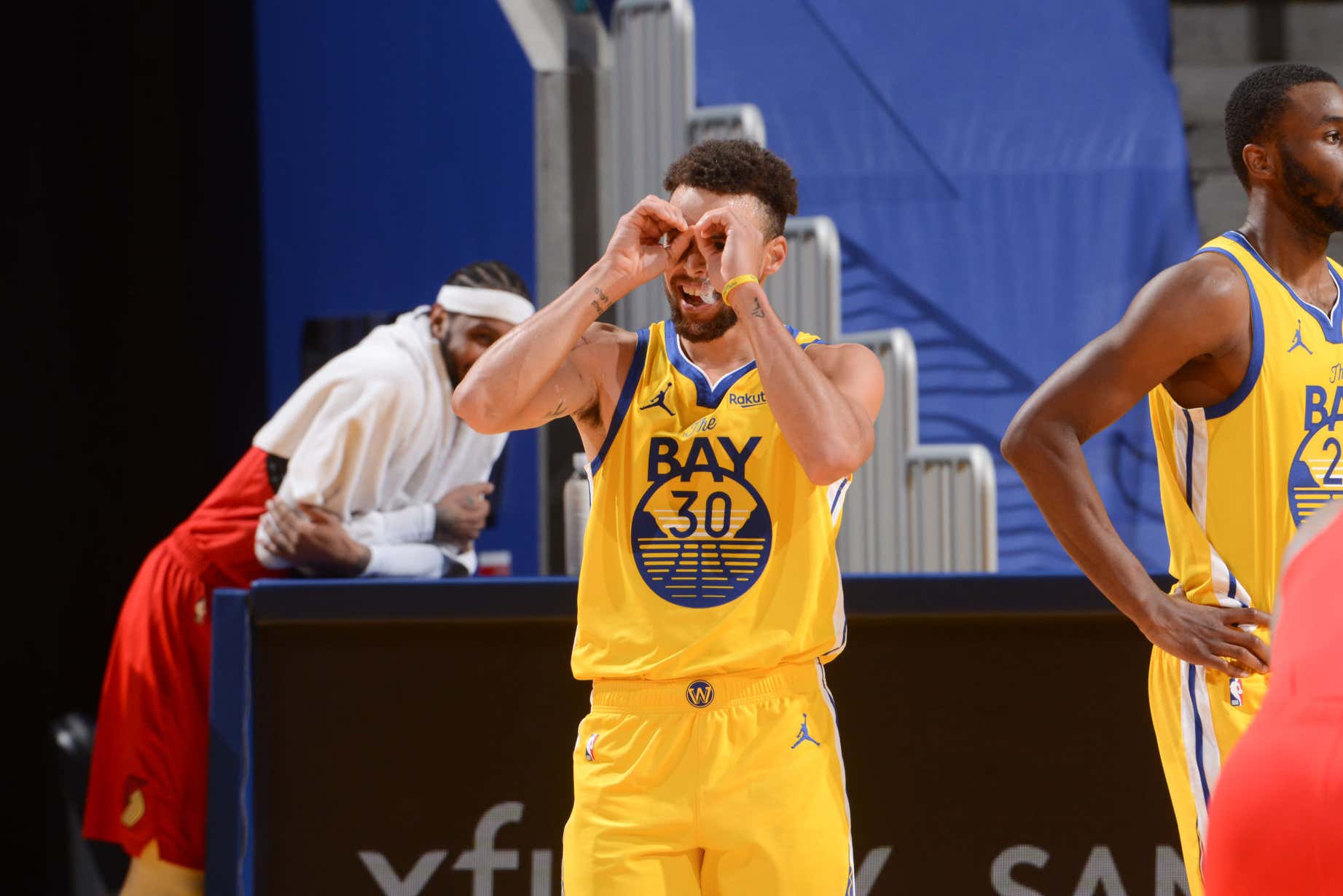 Holy shit was that awesome. It feels like forever since we've been able to enjoy a late night Steph inferno. I mean that was must watch stuff and it's the first few weeks of the season. Doesn't matter. When you see Steph start to heat up nothing else matters. To see him erupt for a career high 62 points in like 39 minutes, well it doesn't get much more electric than that

You don't think Steph heard all that nonsense on Twitter? Slandering Steph on online and questioning his entire legacy based off a slow start to the season is what's hot in the internet streets right now. Ok cool, here's 62 right in your eyeball. I know it's been a season, but that sure looked like old school Steph to me. The version where we all stayed up past our bedtime to watch the Warriors and Steph go nuclear. Damn does it such that there was nobody in the arena for this. Imagine how nuts Oracle would have gone if they were still there and we didn't live in this hellscape of a world?

So yeah. Steph Curry is back. This is important information moving forward because a healthy motivated Steph is an MVP caliber player. Meanwhile, the Warriors just got Draymond back and looked a whole lot better, they're now 3-3 and right in the mix. Add in this version of Steph and now you're cooking with gas