And you better believe he knew it. 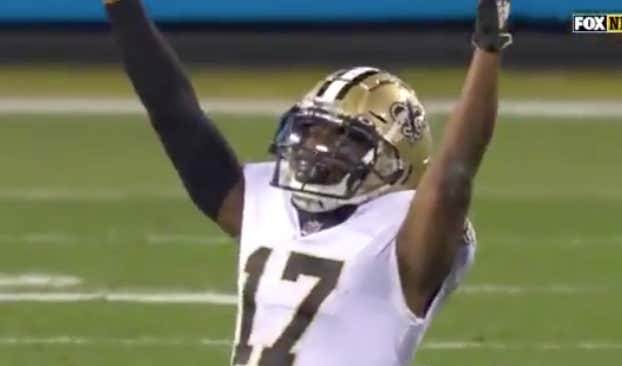 Fucking awesome. Can't be much better of a feeling than catching that 8th ball and knowing you just made yourself a half of a million dollars. He without a doubt had a sit-down with Brees before the game where they went over routes to cash that check. Considering he had more 1 catch games this season (3) than 8+ catch games this season (1), he needed Brees on his side in a big way. And he delivered. A few other people made some money today…and one man named Andy Dalton certainly did not!

Brady threw for 399, Leonard Floyd got a sack, and Devante Parker had 7 catches for 116. Poor Michael Brockers was inactive, that sucks. And Andy Dalton did NOT make the playoffs, a true bummer.