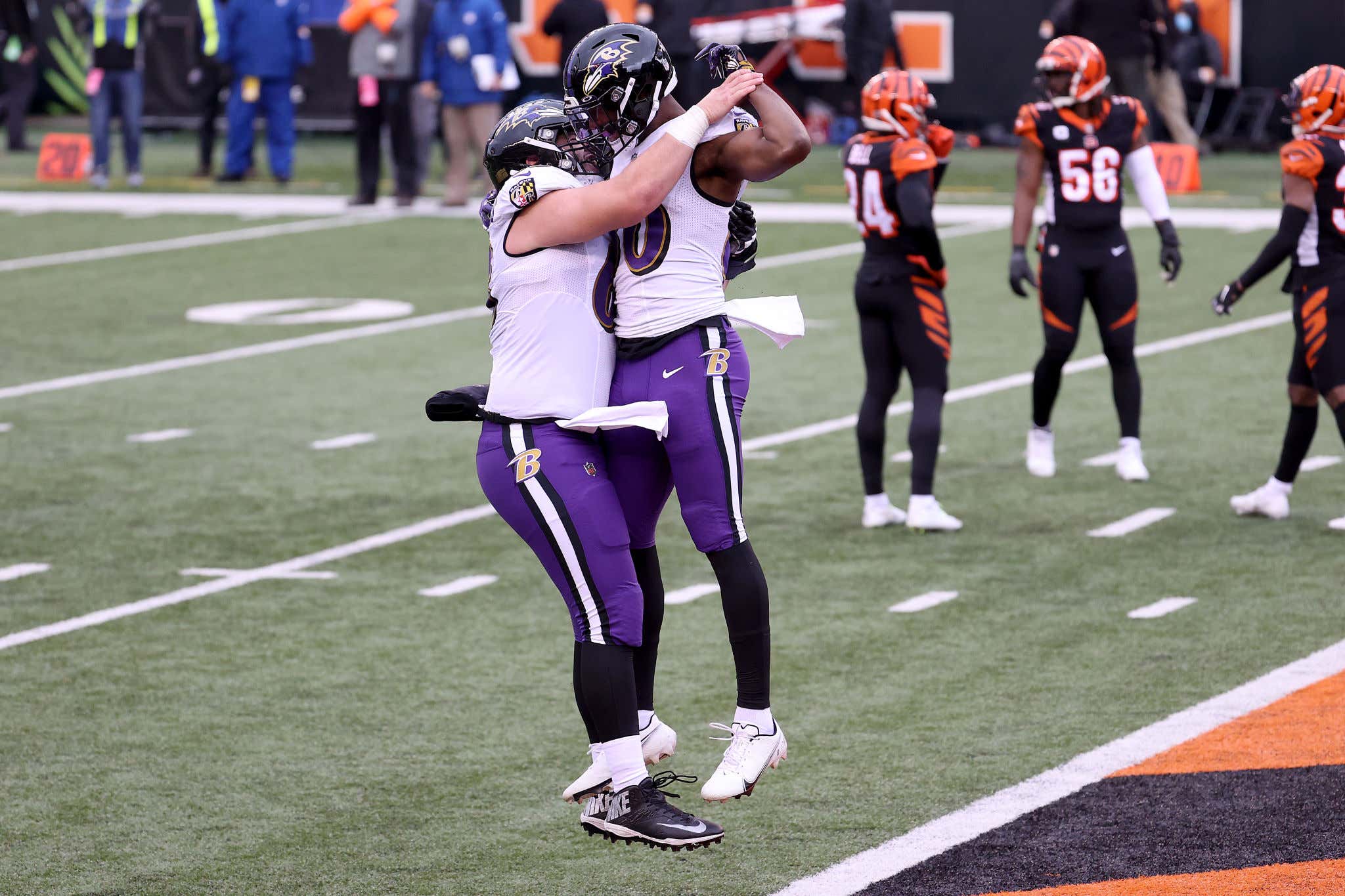 The Ravens steamrolled the Bengals today. Absolute asskicking in every way, shape, and form. That was to be expected, but to see them execute to the degree to which they did is incredibly encouraging. It's more or less what we've seen from them ever since Lamar Jackson and his merry men came back from COVID-19 five weeks ago.

They've gotten back to the types of things that made them great in 2019. Namely, bullying teams with a run first approach and allowing Lamar to be himself. It's been remarkable how much more he's taken off from dropbacks when the defense gives it to him. He's still hitting a ton of downfield passes, but he's bringing the full Lamar Jackson experience again. There were periods earlier this year where it looked like he tried to play somebody else's brand of football. Now he's eating. So many times in the past few weeks the Ravens have had a 3rd and long situation and Lamar has gone through his progressions, seen nothing there, and not hesitated to see the open field and go take what's there.

There's just so many ways that this offense can hurt you. JK Dobbins is becoming more and more a part of that. I was right there from day 1 saying we needed to feed him more early in the season, but maybe it's a good thing we didn't. He's looking strong as ever and doesn't have a ton of mileage that he might not otherwise have. That's probably not by design, but it's certainly a positive going into the postseason.

The defense has been fantastic in recent weeks. Really they have been the entire 2nd half of the season save for the Browns game. They've only allowed 20+ twice in the past 9 games and are starting to get healthy again at the right time. Marcus Peters returned today and came away with an end zone pick. There's a couple of guys who sat out today like Yannick Ngakoue, but I think that was more as a precaution. Both sides of the football are rounding into form.

You just have to be really excited about the makeup of this team and the way they're playing. I don't care what you have to say about who they've played the last few weeks. They damn near set the single game rushing record today and have completely dominated teams that have given other playoff teams fits. It's looking a lot like we're headed to Tennessee next week as the 5 seed. That's fine. Winning a playoff game was always going to be a demon to exorcise given how big a fucking deal everyone has made that for Lamar. It might as well be against the team we lost to last year. Stopping Derrick Henry is no easy task, but I have complete confidence in the offense's ability to match and exceed his ability right now. The Ravens were in complete control of the game against Tennessee earlier this year, including a 2nd half two score lead. They didn't step on their throats. Next time they will.

Could not be more excited about getting back in the dance. We get to do this all over again next week. Let's GO.