There had been a consistent string of good boxing cards going into year-end, and tonight's matchup is probably the last one I will highlight until we get into mid-February. 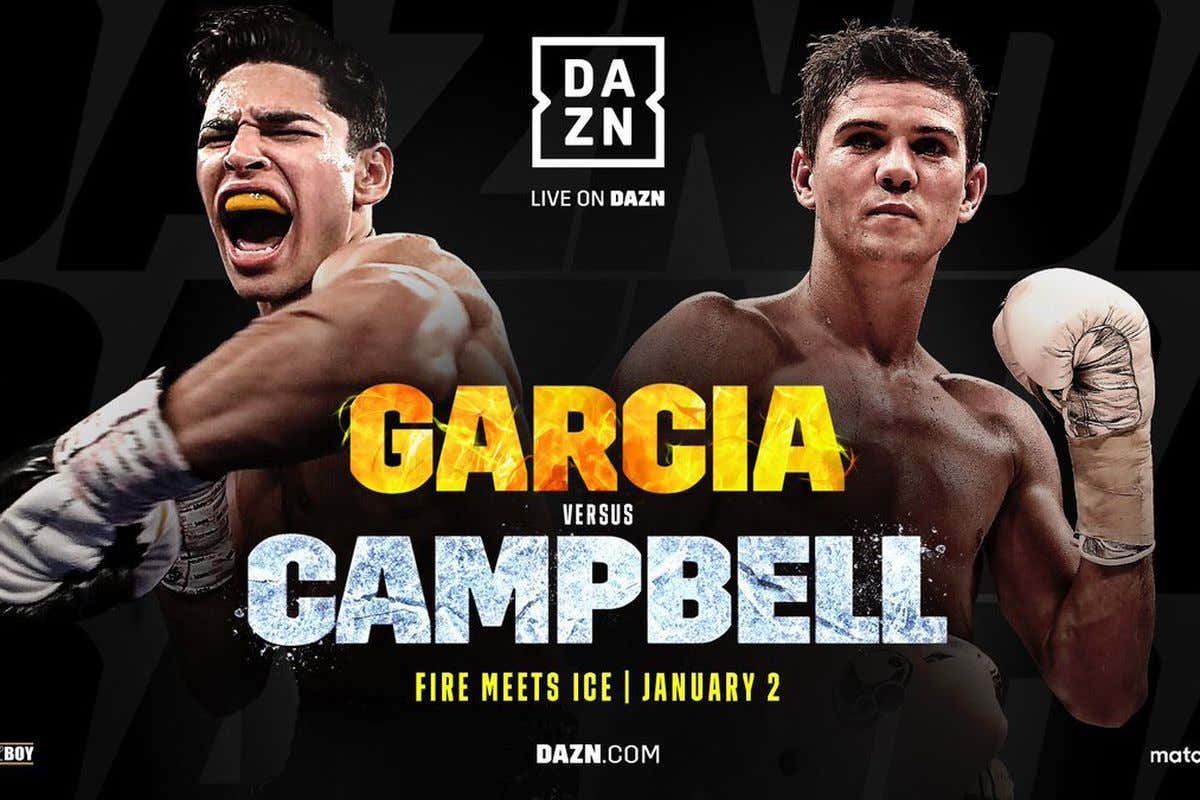 On the undercard, you have two very entertaining twin brothers defending belts in different weight classes…

In the co-main event, Rene Alvarado (32-8, 21 KOs) defends his WBA Super Featherweight World Champion in a rematch with Roger "The Kid" Gutierrez (24-3-1, 20 KOs)… The first fight was in 2017 and Guitierrez suffered his first pro defeat after a 7th round corner stoppage.

Rene is a bigger favorite tonight, but out of those two brothers, Felix fights heavy for his weight class, so I would bet we see a late-round stoppage for Felix Alvarado (-450) vs an undersized Kriel.

But on to the Main Event.

Canelo Alvarez plans to walk away in 5 years, and I hear Tyson Fury might be hitting the bag again, so boxing NEEDS Ryan Garcia to be good.  As a result, I am not sure if Campbell gets a fair shake if this one goes to the cards.

But there is a good chance it doesn't go that far.

Campbell isn't just a "chin-check" for Ryan… He's not a brawler who has nothing but a puncher's chance.

Campbell is a technically sound Southpaw with a good jab that could test Garcia's defense and his ability to move backward (something we haven't seen from Ryan so far).

Luke has never been knocked out, and in his last 2 losses he went the distance to a split decision vs Jorge Linares and a unanimous decision vs Lomachenko

However, I think Ryan is best when he fights in a phone booth and Luke is at his worst when he has to stay toe-to-toe for extended periods of time… And when one fighter's strength is another man's weakness, I tend to give him the edge.

Plus as the clip above shows… Garcia is a young fighter who has the benefit of having some of the greatest fighters ever in his corner every fucking day.

I like an untested Garcia passing this first test and I see Campbell suffering his first stoppage within 9 rounds.

It's being billed as "Fire vs Ice", and I am looking for the fire to bring the heat…

Early tip tonight, with the Main Event going off around 6 PM on DAZN, and the undercard starts NOW!