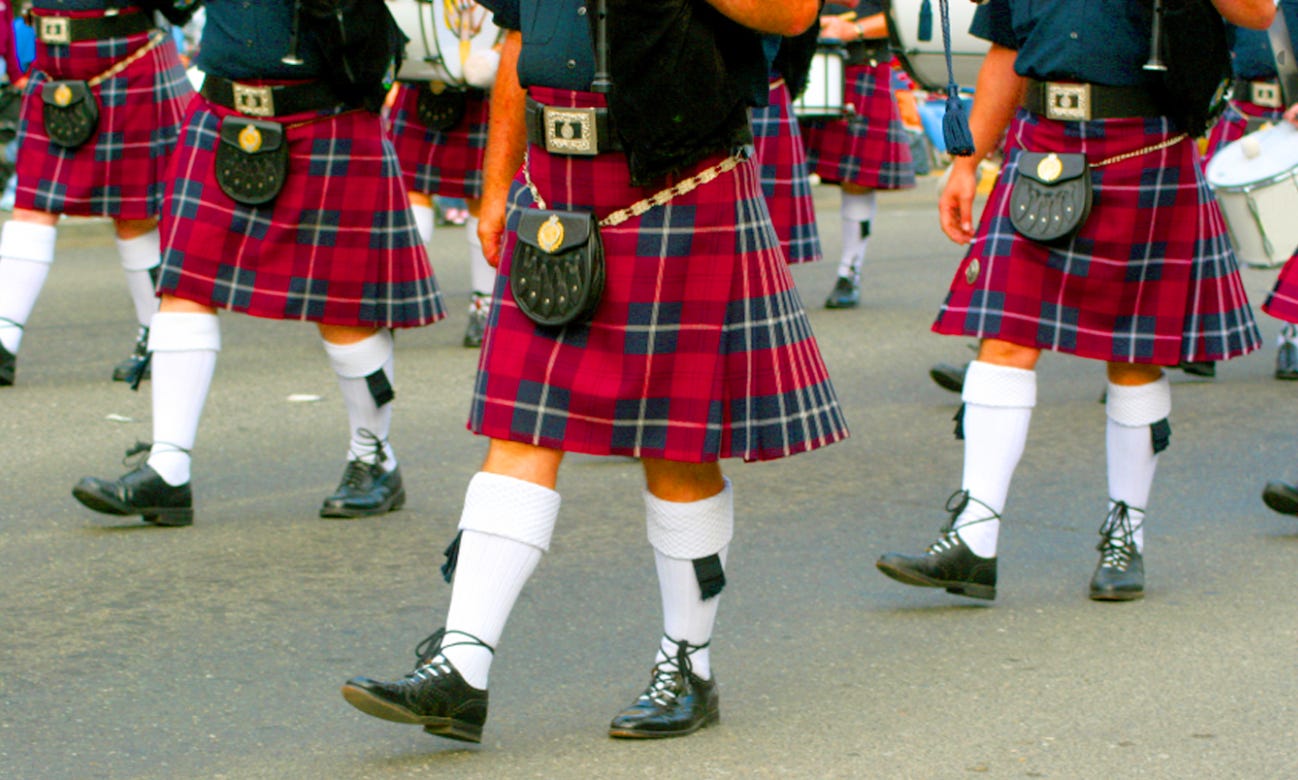 Metro- Barmen in a popular Scottish-themed venue have had to abandon their kilts due to women lifting them up and even grabbing their penises. Staff at Hootananny in Inverness said the problem was particularly bad at weekends, when large groups of drunk women would ‘circle’ around staff. Owner Kit Fraser told the Inverness Courier that the attacks were ‘pure sexism’. Fraser said, ‘It may seem funny but it is serious, too – the women are sticking their hands up their kilts. ‘Can you imagine if I went into a restaurant and stuck my hand up a girl’s skirt? I would be taken to the police station and rightly so. ‘I look after my customers but equally important are my staff. I am not forcing them to do something they don’t want to do. ‘We fellows are very, very aware of sexism. I think the women need to catch up.’

We’ve officially gone to far with the sexism argument.  It was bound to happen and now we’re finally there.  The pendulum was gonna swing too far in this direction eventually.  This is a made up issue.  Show me one guy who wouldn’t want to get his dick grabbed in the middle of his work shift.  Go ahead.  I’ll wait.  Try to find one.  It’s impossible. Read the quotes from the article.  You’ll notice that they’re all from the owner of the bar.  Not a single quote from a bartender in there about not wanting his dick grabbed while he pours a drink.  Why?  Because they love it.  They wanna wear the kilts.  They love getting their dicks grabbed by drunk women.  It is true what the owner says about women.  Men can’t just walk into a bar and start fingering waitresses. That’ll put a guy on the fast track to jail.  But that’s because girls don’t want to be fingered 24/7/365.  Men however do want their dicks grabbed 24/7/365. Look at any guy at any given moment of the day and he’s hoping a girl is gonna walk up on him and grab the stick.  No explanation necessary. It’s the reason any man gets out of bed in the morning. That’s the difference. Not everything for girls and guys can be the same because we’re not the same. Male bartenders can wear kilts and get their dicks grabbed by drunk girls because they like it. Female bartenders shouldn’t have to go through that because they don’t like it. It’s really not that difficult.