I'm gonna be dead honest and transparent for a second. This DM tactic from my boss reminded me a lot of my young, single self "playin the game" with broads online. Simple, straightforward, no bullshit, no overthinking...perfect execution. The problem? Most fellas can't simply say "slide" and expect to get a response from a woman. Just straight up labeling your literal action with a single word is rarely appropriate when interacting with girls, unless you're slipping out a subtle "fuck" when you feel yourself getting ready to prematurely ejaculate. Anyway, here are some helpful DM tips for guys who aren't quite rich or famous. And for reference and proof of their effectiveness, I'll use first-hand examples of my Facebook message conversations from 2009-2011. Photograph evidence that you don't have to treat talking to girls like some kind of elite Mensa puzzle or complex activity that requires mind games and deception. 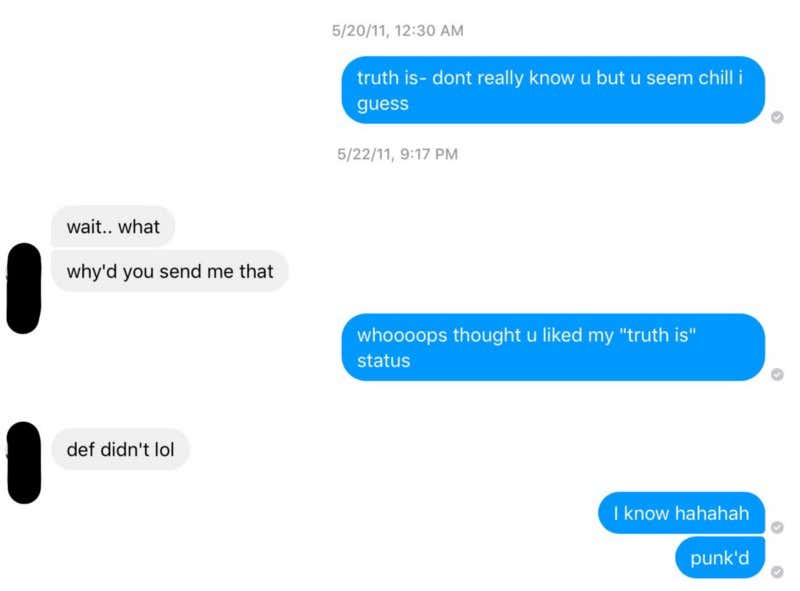 This technique was a lot more effective back when "truth is" and "like for tbh" posts were wildly popular on Facebook. And when "Punk'd" was still getting healthy air time on cable television. The fact of the matter is that I actually knew this girl pretty well. We had multiple classes together and hung out at the same parking spot quadrant at Sheetz. But that doesn't matter. The point is that I used white lies to give myself an excuse to make her think that she wasn't even on my radar, when in reality I had a huge crush on her. The perfect use of the "playing hard to get" strategy. And guess what? She replied to me. Thrice.

The Boy In Need 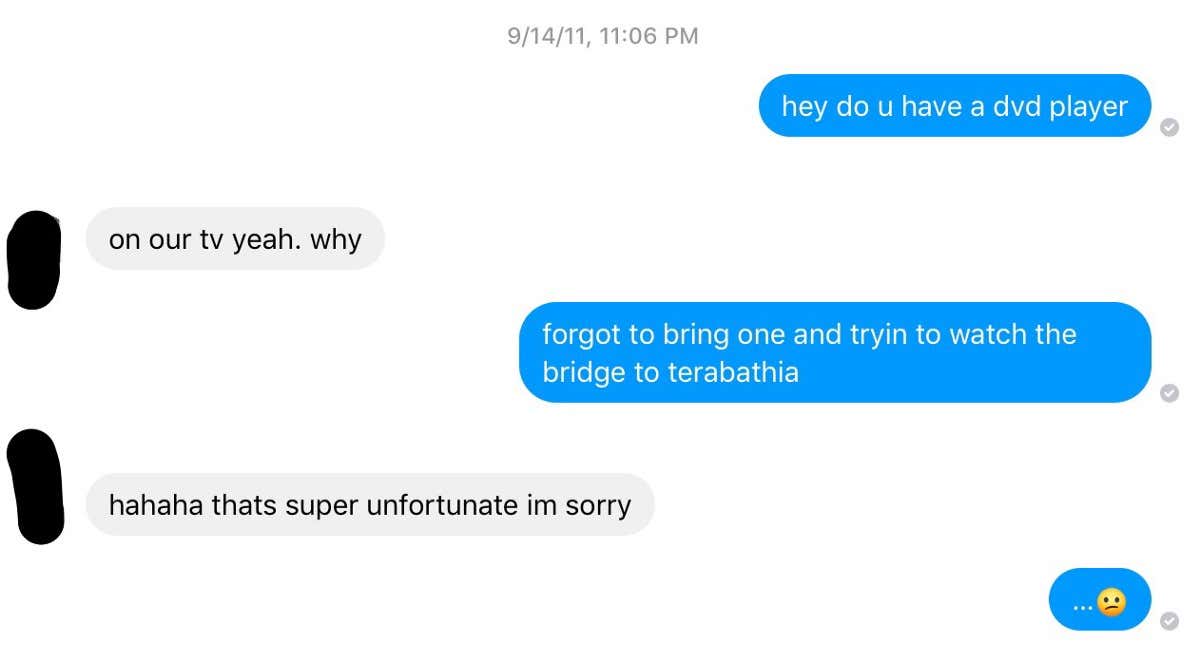 Was I actually in dire need of a DVD player? Of course not—I had two of my own, as well as a Blu Ray player, in my dormitory room. But notice how smooth and convincing I was throughout this entire exchange. Kept my composure, showed my sensitive side by pretending like I wanted to watch a sad movie, and purposely misspelled Terabithia to give off a chill "I don't care that much" vibe. Easiest replies I ever scored. 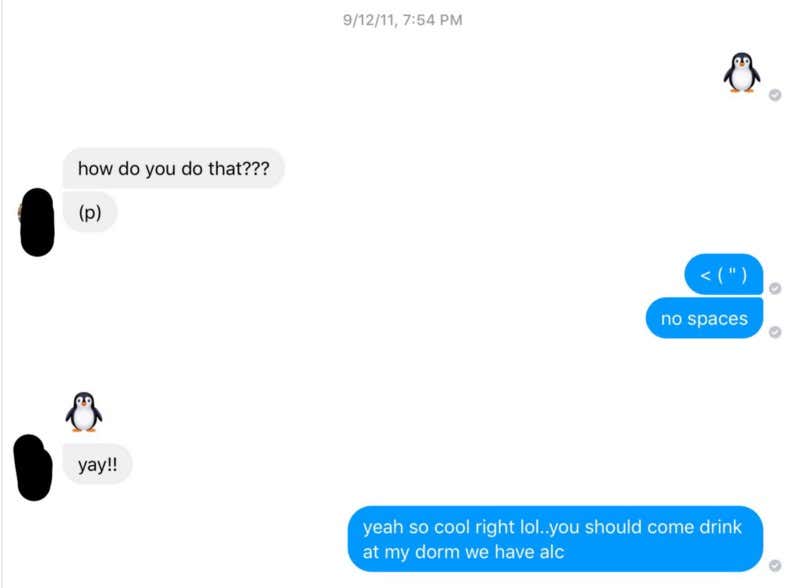 This technique also isn't as effective now that emojis are in circulation and readily available. But back in the day? You had to plug in cheat codes just to send animal/critter emoticons via text. And girls went fucking berserk when you busted out a new one on them. Especially a cute, topical ice-breaker like a penguin, immediately after the release of Happy Feet Two. In 2020, I'd suggest just sending a picture of a Yorkshire terrier that you found on Google and saying something like "my poor little pupperino has a tummy wummy ache." Also, notice how I slyly used the vague and abbreviated "alc" to refer to a half-filled water bottle of UV Blue. Veteran move.

Was I actually passing out valentines to my junior English class? Of course not. But females go insane for the illusion of romance, as you can see from the instantaneous positive response I strategically obtained.

I hurdled right over the "friend zone" and landed firmly on the "next in line" launchpad with this maneuver. Not saying it will be as easy for you, but it's definitely worth a shot. If the girl you're interested in didn't recently acquire a new boyfriend, you can substitute that for things like "podcast" or "verified check" or "ad deal" or "merch line."

Avoiding a girl you saw in public and then going home and firing off the "I think I saw you" DM is obviously ideal. But just skip the middle man and pretend like you "thought" you saw her at any random location in order to elicit a response. Chess > Checkers. 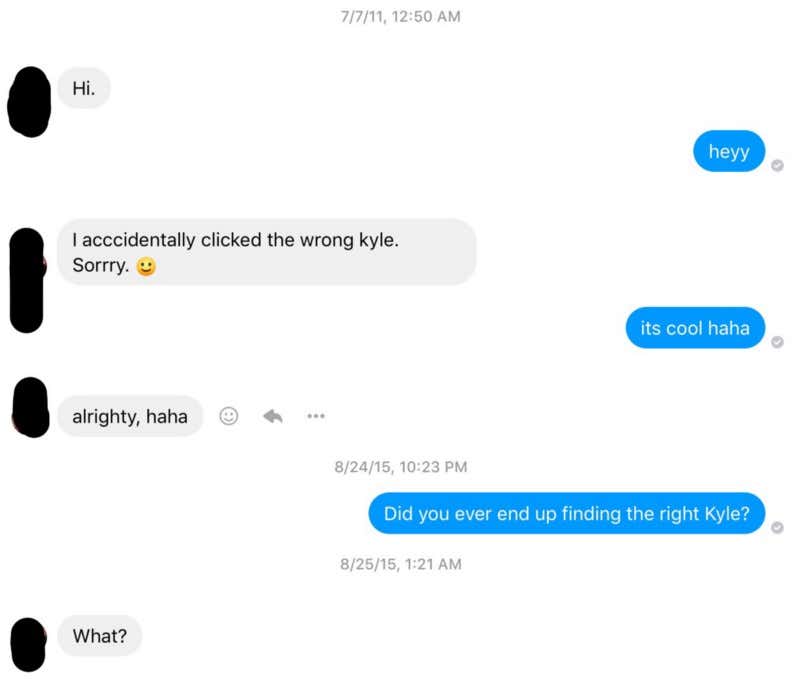 In the rare instance that she DMs you first, make sure to keep it as calm and collected as possible. Composure is key. Wait a little while to respond so you don't come across as too desperate and virginish. 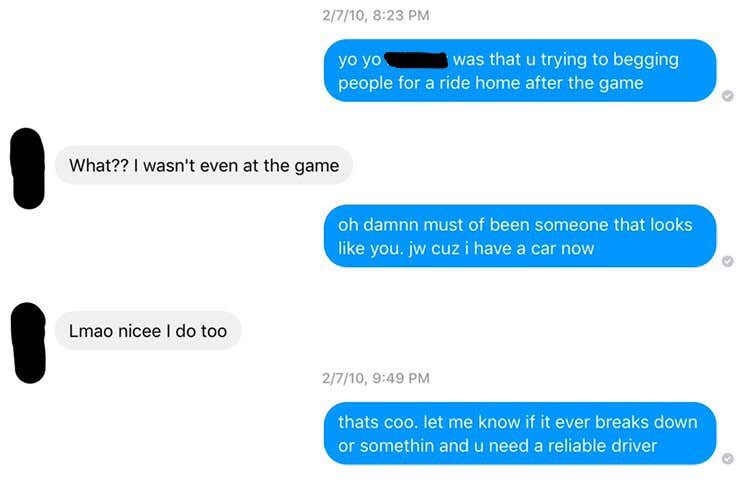 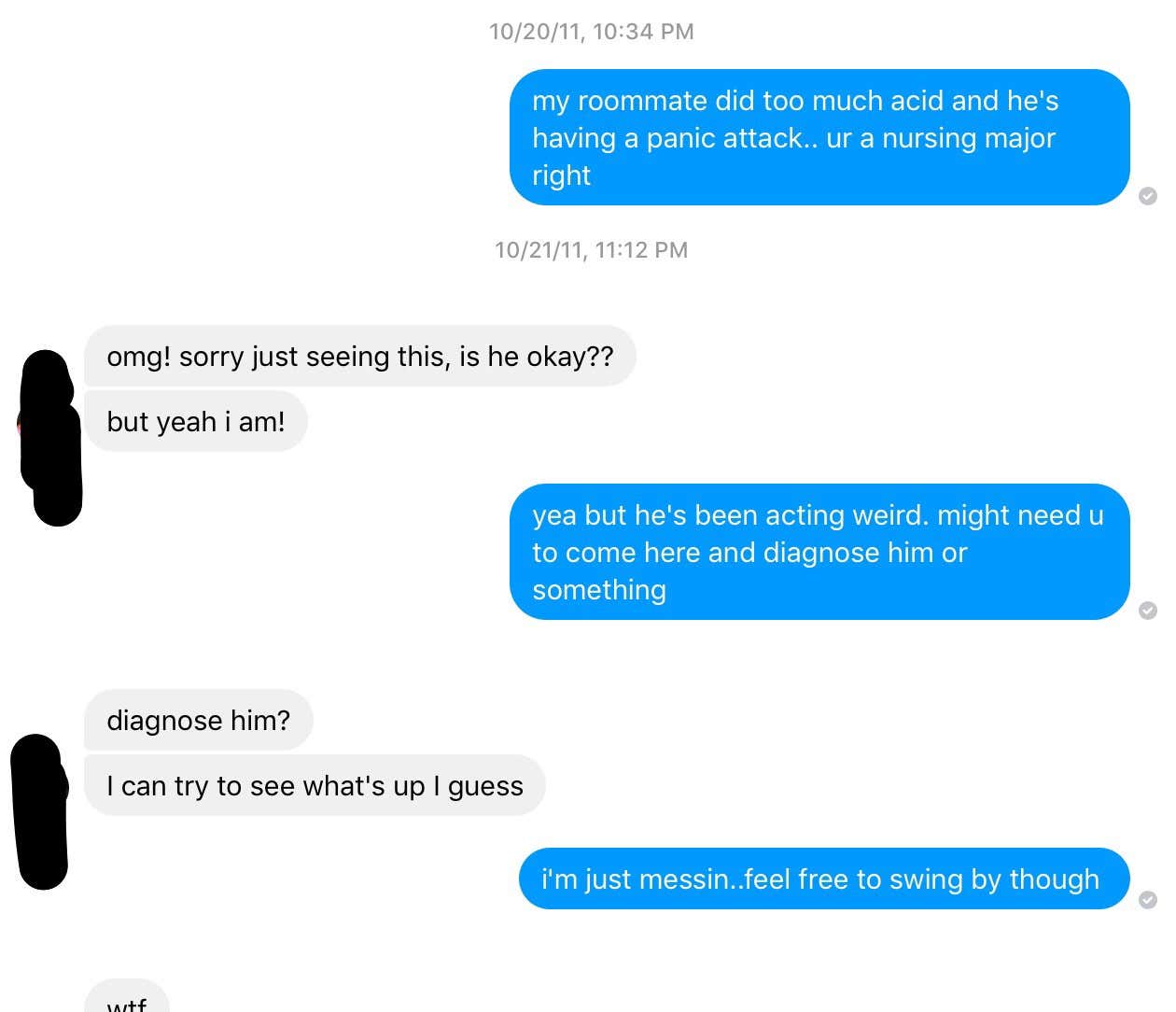 Give her a reason to simultaneously feel worried and important. Trust me, she'll love that combo of emotions.