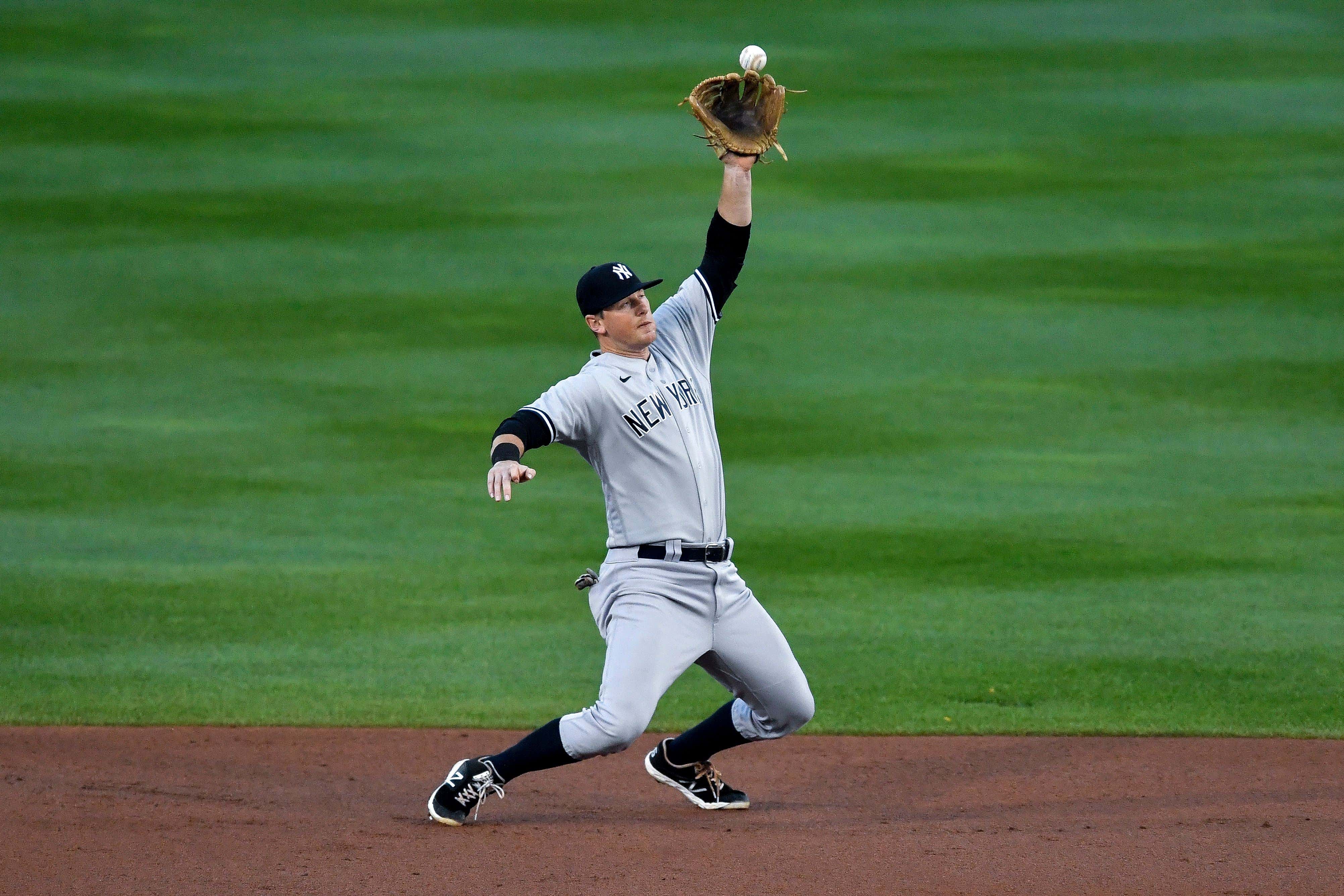 As we stumble into 2021 I'm terrified of many things such as the pandemic, my inevitable hair loss, gaining weight, and my heart stopping based on my current diet. One concern that's relevant to this blog and could lead to my insanity is the New York Yankees becoming complacent.

You saw this week Tampa selling away their goods in Blake Snell and Jose Alvarado. To kick off free agency Charlie Morton headed over to Atlanta. The Rays rotation will be without two front line starters while their pen will be erased of one of their hardest throwing lefties who petrifies me anytime he grabs a baseball. Sure the Rays always have top prospects in the pipeline who seem to never bust, but they certainly won't be as strong heading into next season.

Then you look at Houston, on the verge of losing All Star centerfielder George Springer. Justin Verlander will be out for the entire season recovering from TJ surgery. Correa is a free agent after this upcoming season too and could be a trade piece at the deadline if the front office doesn't want to bring him back. Their window is all but closed. The Red Sox don't know what they're doing. The Blue Jays have young pieces but aren't there yet with the pitching. The White Sox are fun, but are they a true World Series contender? Eh, I suppose by default? The Twins? Alright yeah let's move on.

What I'm saying is by doing nothing the Yankees will find themselves among the top favorites to come out of the AL in 2021 simply by doing zero. While that sounds nice, it also is horrifying. Why is that? Hal Steinbrenner might convince himself this team doesn't have to bring back DJ LeMahieu. Hal might look and be like why do I have to spend $100+ million on this 32 year old 2nd baseman if we're already going to contend without him? Well you know what Hal? Contending just ain't good enough anymore man. It's been 11 fucking years since this team went to the World Series. The New York Yankees. Just being good enough to contend and hoping you get lucky and advance to the Fall Classic isn't good enough.

The Dodgers are everything the Yankees should be. Those assholes just won the World Series and are looking to get even better by possibly adding DJ. Classic rich get richer move.

They're already loaded with talent and want to add a dude who finished in the top 5 of MVP voting the last two years, a season removed from getting a generational talent in Mookie Betts. Hell they'll probably be interested in Trevor Bauer's services too because that's what good teams should do.

What do you hear out of Yankee camp? They've made DJ their "priority" but here we are about enter 2021 with no contract. I know MLB free agency moves at a snail's pace, but given what DJ has brought to this organization over his first two seasons, it's asinine this man is without a deal at the current moment. LeMahieu wants $125 million over 5 years. Dude is worth every penny and deserves it. The Yankees cannot lose DJ LeMahieu if they want to be taken seriously. Cashman had a quote a few years back about dealing Gleyber Torres as a prospect and said something along the lines of, "You know I have to walk around in this city right?" alluding to people murdering him if he did such a thing. The same reasoning should apply to DJ. This lineup simply doesn't go without him setting the table. He's the perfect Yankee. Sure having guys like Aaron Judge and Giancarlo Stanton is awesome, but not when they barely play 100 games a season if they're lucky. You need a guy like DJ to always be there and to be as consistent as he is. His production is irreplaceable to this lineup.

On top of DJ, the starting rotation desperately needs to be addressed. Not sure what Fox Sports Is looking at here but unless Gerrit Cole is pitching every single day next season I don't know how this is the 9th best rotation in baseball.

After Cole right now you're looking at Domingo German as your 2???? German, a dude with a troubled past who I'm not even sure I want back, has been getting rocked in winter ball this season. You trust that guy as your 2? Tanaka, Paxton, and Happ are free agents and none of them are expected back. I'd love to bring back Masa, but the writing on the wall says he's a goner. After German you're looking at options like Jordan Montgomery, Deivi Garcia, Clarke Schmidt, Mike King, and Johnny Lasagna. Luis Severino should be back around June or July, but he'll undoubtably be on a strict innings limit himself. I tell ya what man, that's not the 9th best rotation in baseball. It's more like the 20th. I like Montgomery and was very encouraged by what he showed in Game 4 of the ALDS, but I'd like to treat him right now as a number 5, not a 3 by any means. Deivi Garcia is a young talent who shined in 2020, but you can't rely on him for 175 innings next season given how young he is. Clarke Schmidt has pitched in three games so far. I have tons of faith in him, but it's all based on potential as this point. How can you be a World Series contender with that unsure of a rotation?

If the Yankees had the balls the Dodgers did they'd be in on Luis Castillo, they'd be talking to the Cubs about Kyle Hendricks, Bauer would be listening, they would've inquired about Charlie Morton, and Tanaka would be signed back. The Yankees need a veteran number 2 pitcher desperately to fortify this rotation and right now they're just being complacent because teams around them are getting worse. Winning doesn't work like that. I hope George's ghost visits Hal tonight and scares the ever living shit out of him. It's our only chance. Figure it the fuck out dude.

We talked about this problem on the podcast today. We also cut up our best interviews of the year that included Luke Voit, Swisher, Joba, Clarke Schmidt, Mike King, Ottavino, Tommy Kahnle, Tino Martinez, a fucking astronaut, and more. Thanks to everybody who listened this year, we really appreciate you guys.