Back in 1984, I was an Apprentice working for a plumbing company out of Avon, MA and that's where I met Mike Doyle. I worked with him frequently, replacing water heaters, roughing-in new houses, and doing some remodeling. It was in the middle of a very cold winter, while roughing-in a new house in Stoughton that he invited me back to his apartment for lunch. I got in his Toyota pickup and we headed to his apartment in Brockton, 10 minutes away. It was a welcome reprieve, leaving the job site and getting out of the cold for a while. 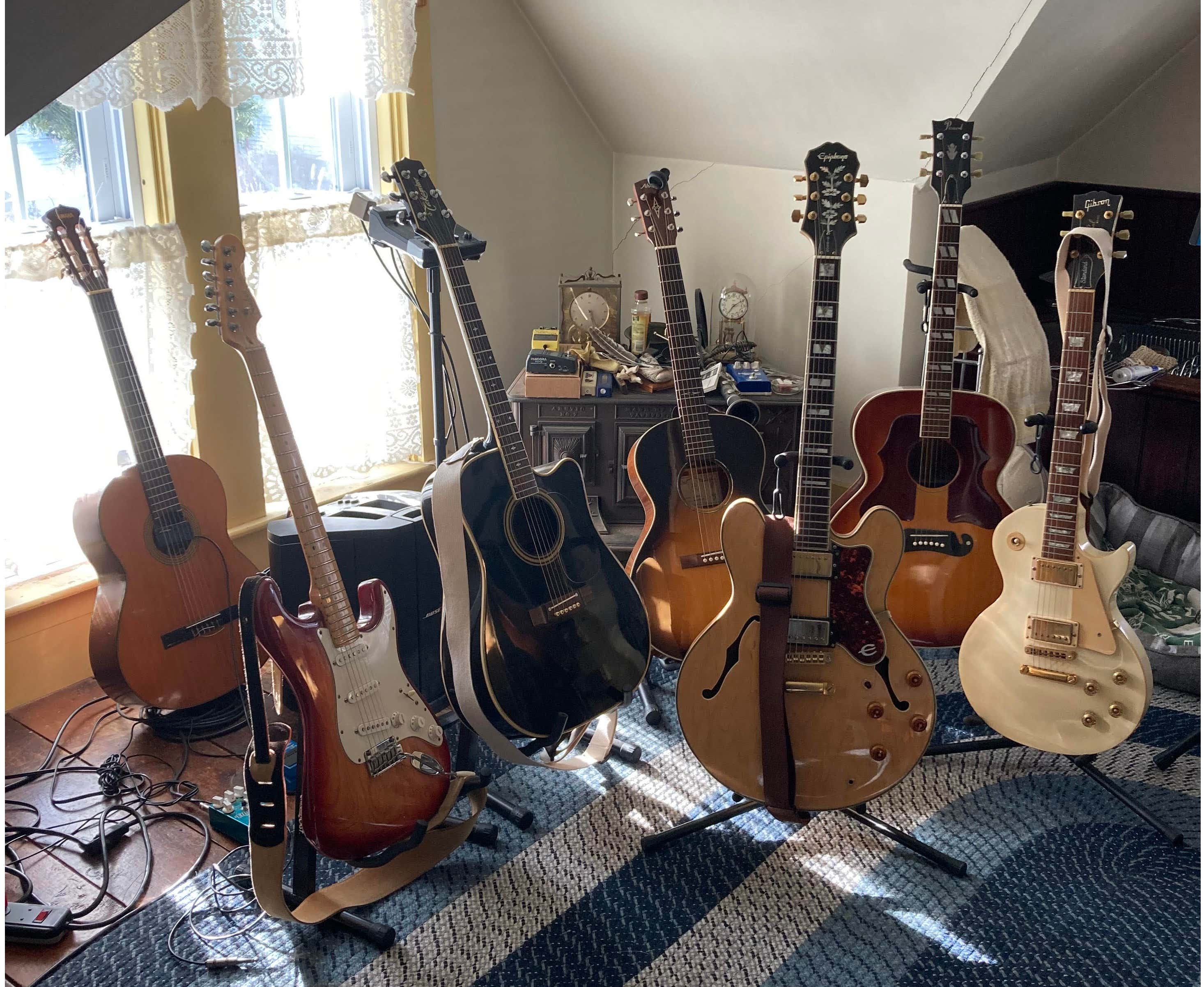 A lot of people think of plumbers as one-trick ponies. They assume we were all born to be plumbers and nothing else. When I walked into Mike's apartment the first thing I noticed was his acoustic guitars, which were neatly arranged in the living room. After I went over to get a closer look the conversation quickly shifted to music. In addition to being a plumber, Mike was a singer-songwriter and he showed me his recording studio, which was in an oversized closet off the main hallway. He had a reel-to-reel tape recorder, a mic, and one guitar on a stand in the darkened closet, and when he pulled the chain to the single 60-watt bulb to give me a better look, it was out. He said he recorded in the closet because the acoustics were phenomenal. Made sense to me.

I felt comfortable enough telling him I'd written a lot of poetry with the thought that some could become song lyrics. He immediately became interested and asked me if I could bring a few in. I was thrilled he was willing to read them.

The next day I brought in 10 of my favorites and told Mike he could "take 'em home and read 'em when he had time". The next morning when I pulled up at the shop he was standing next to his truck and after making eye contact with me, he held up a single cassette. I asked him what it was and he said it was a finished song. Mike found a poem he really liked, "Forever At Sea", and had immediately gone to work on it. We jumped in his pick-up and on the way to the job we listened…

It was unbelievable! To hear one of my poems come to life through song was nothing short of incredible. It was a frigid day, we were roughing-in a split entry ranch with a two-car garage under on a main road. There were no windows or doors and the cold air whipped mercilessly through the house, but that didn't matter to us. We had a song!

Mike gave me a copy and when I got home I couldn't wait to play it for my wife. If I listened to it once, I listened to it a million times. I loved it! He recorded it in his closet, and with four guitar tracks the sound was full, and along with the tone of his singing voice, it sounded a lot like Simon & Garfunkel. I left that company after seven months but Mike and I remained close.

I worked in New York City in 1983 and every day I walked by all the homeless people living on the sidewalks and begging for help. I felt their pain and it made a lasting impression. By December of 1996, I had three sons and my own plumbing business, my plate was full, but it didn't stop me from waking in the middle of the night and scratching out a poem like it had been programmed into me by a higher power. The poem was titled "Homeless" and it was written for them… 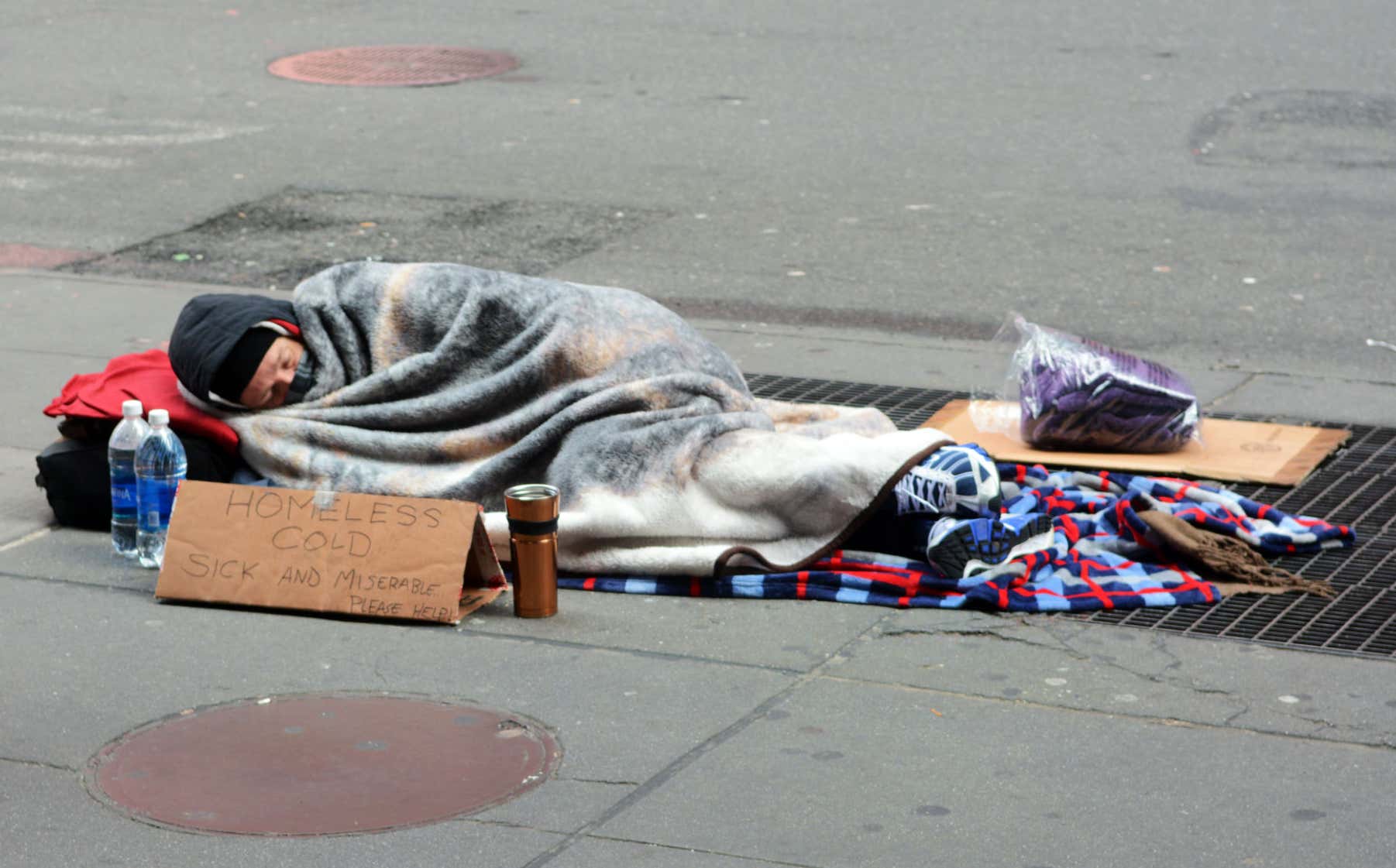 The next morning I called Mike hoping he would want to collaborate on another song. There wasn't text messaging or email back then, so I read it to him over the phone and he loved it, and then he asked me to read it again slowly so he could write it down. We agreed that the music had to reflect the urgent message of the lyrics.

The next day Mike called to say he had the song completed. We met up and listened to it together and I immediately knew "Homeless" was a great song, one that had a social conscience and an urgent message. There was a local coffee house that usually featured two acts with an open mic segment before they got underway, once a month on Saturday nights. I urged Mike to sign up and perform "Homeless" live. At first, he was reluctant, an open mic with an audience of 100+ was a lot different than recording in his closet. After a little persuasion, he agreed to do it.

On the day of the performance, we were both nervous, but I didn't talk about my condition, I just kept pumping him up, telling him it was no big deal. But it was a big deal. Mike was performing in front of a live audience. There were six "open mic" performers that night and a few of them were professionals looking to land a gig as a featured act. They were very good. Mike was 4th up and I could see the intensity on his face as he stood near the stage listening to the others and waiting his turn. The stage was set up diagonally across the corner of the room and it didn't matter where you were sitting, everyone had a great view. When Mike took the stage and all the lights in the room were off except the bright lights shining on the performer, it looked very intimidating and I wondered how Mike would react to the pressure…

I listened intensely, hoping there wasn't a stumble or a missed lyric. There was none! Mike owned the room and his performance was flawless. After the last guitar note faded into silence the applause came quickly and went on for longer than normal. Mike had done it, he delivered the message, and our song was heard.

I called him the next day and after going on about how good his performance was, I told him we had to get him into a recording studio. He was a bit reluctant at first but said he'd do it. I found a recording studio in Providence that charged $110 an hour and it included a sound guy.

On the way to the recording studio, Mike was pretty adamant that he'd only do 2-3 takes and that was it. After the third take, Mike wanted another chance. And then another and another. He'd warmed up to the recording studio and being the consummate perfectionist, he wanted to get a flawless recording. After 20 takes we had one we all agreed was perfect. Then I told Mike, "we're all set, but do one more for the Gipper". With the pressure off, Mike was able to produce the best recording of the day and that was the one we used to make the cassettes.

Once the cassettes came in and were labeled, we made a plan of where we'd send them and where we'd drop them off. We agreed to take Christmas Eve day off and drive to radio stations to drop off cassettes. We went into Boston and dropped one at WBCN and I was surprised when one of my plumbing customers was the receptionist there. Then we drove to U Mass Amherst and left a cassette at their folk station. It was an exciting day full of hope for the new year and potentially, the rest of our lives.

Through a friend of a friend, our story made its way to John Winters, a writer for the Taunton Daily Gazette. He came to my house and interviewed us. He took very few notes and I remember he wrote in micro handwriting, it looked a lot like a middle school cheat sheet. When he left he said the article would be done in about a week and we were left wondering if he got it all… 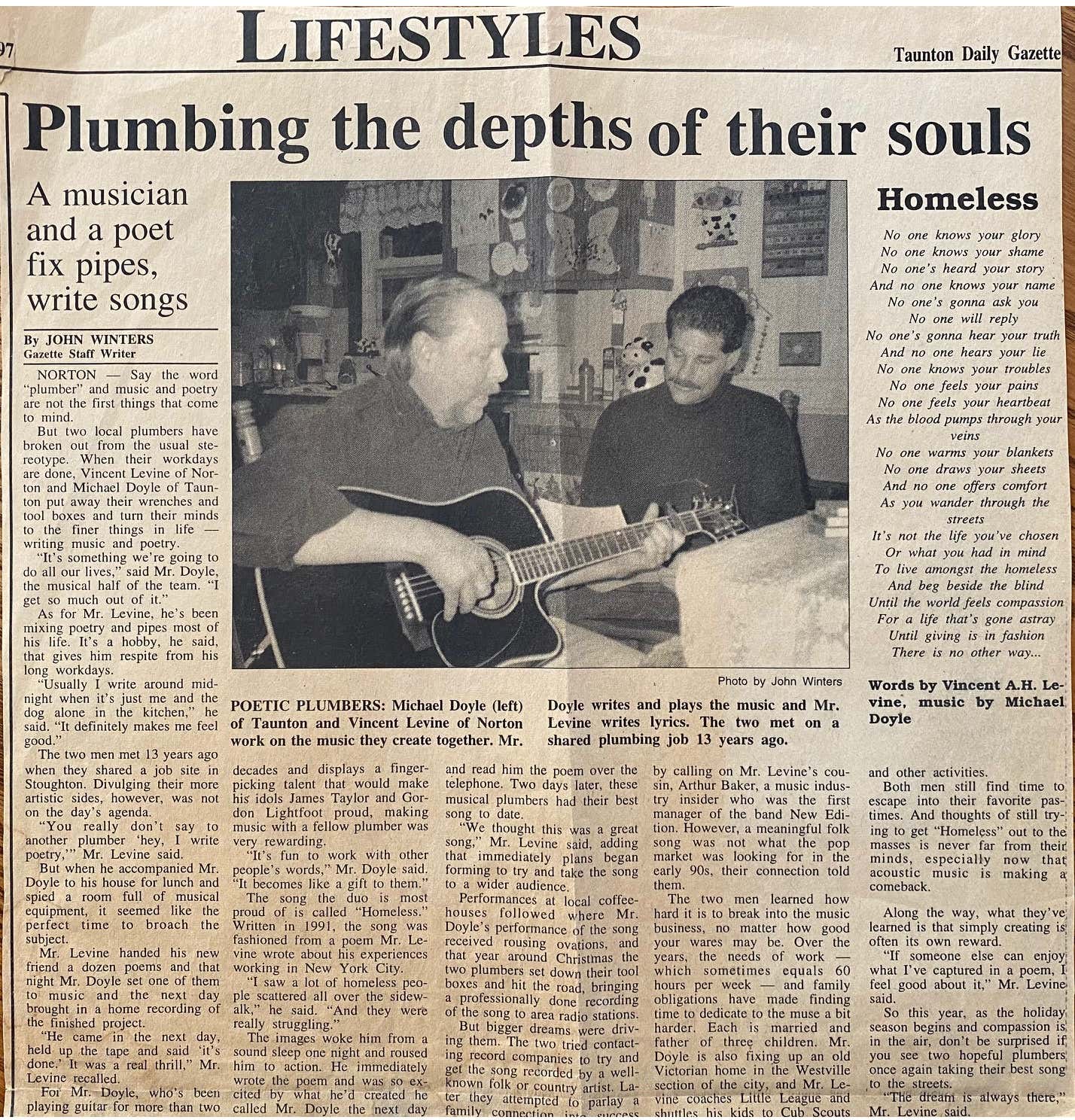 A few days later, on Monday (Memorial Day), Mike and his wife stopped by unexpectedly, newspaper in-hand. The article was perfect, detailed, Mr. Winters had gotten it all. It was a big thrill for both of us to be featured in an article in the Lifestyles section titled, "Plumbing the depths of their souls". (May 26, 1997)

When the offers from big record companies didn't materialize as we had hoped, Mike and I focused on our plumbing businesses and our families, we were both self-employed, not leaving us much time to advance our passion for music and writing. But, we never gave up on our dreams…

Flash forward twenty-three years. Our children have grown up and Mike and I are both Grandpas. We have more time available for music and writing and over the last several years we've both made a lot of progress in search of our dreams. Mike retired from plumbing two years ago but is still a local Plumbing Inspector, a position he's held for 12 years. He regularly performs live with a group of very talented singer/songwriters and musicians and is producing his own CDs. Approaching 69 years of age, he's peaking and enjoying every second of it…

We were both hoping the song's message would lose its relevancy, but unfortunately, it has not. Because of the pandemic, homelessness has become an even bigger problem. Mike recently rerecorded "Homeless" so that the song's message could be heard again…