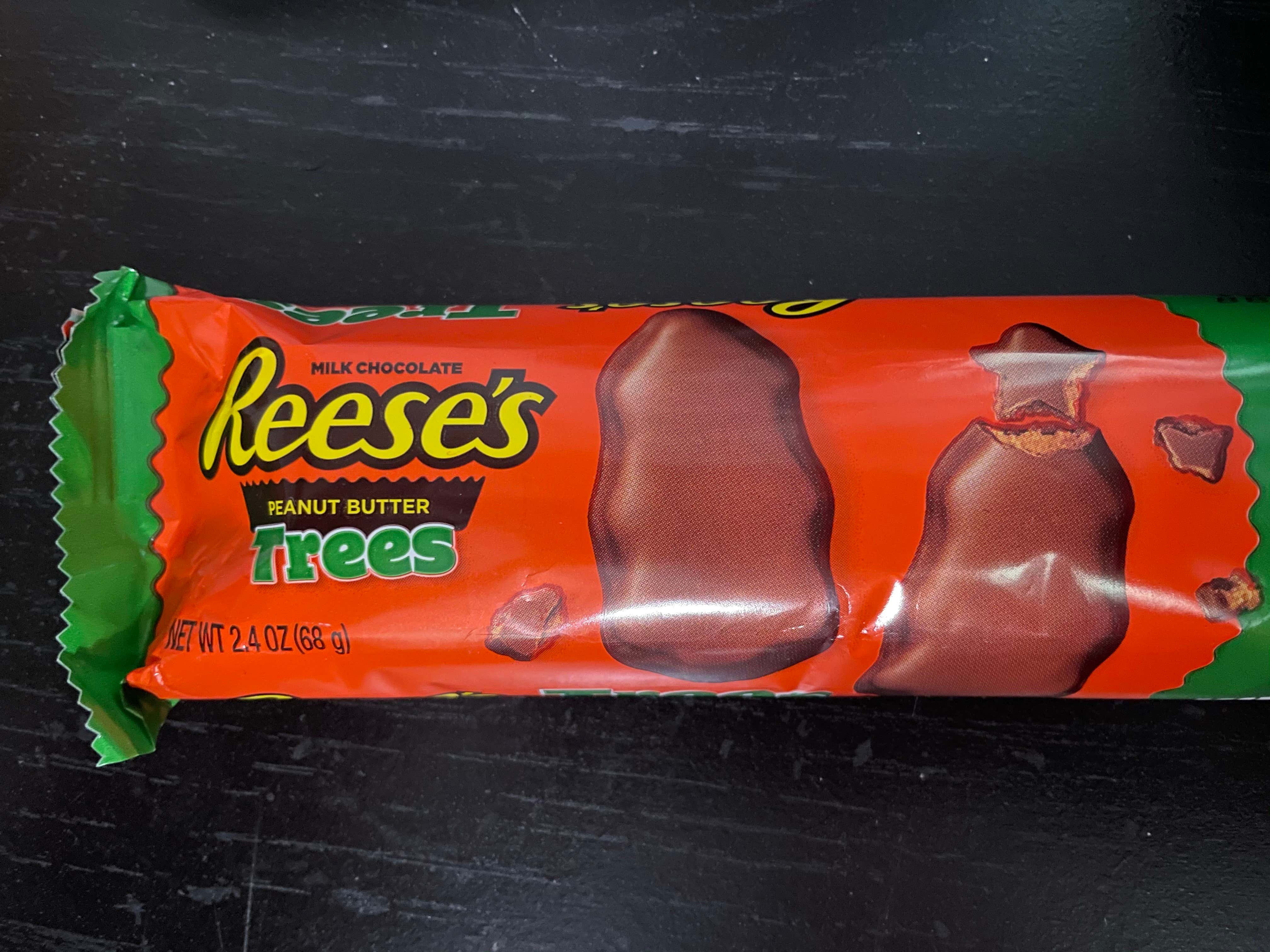 It brings me zero joy to deliver this message. Ever since I was a young boy, Reese's and holidays have been attached at the hip in my household. Valentine's Day? You better believe Mama Mick was sliding me a sick pack of those hearts. Easter? Never seen a basket sans Reese's eggs. Halloween pumpkins? Automatic like Ray Allen in the corner. But the cream of the crop has always been the Reese's Christmas Trees. I don't know if it's the star at the top of the tree. I don't know if it's the warmth they provide amidst a cold winter's eve. But they've been at the top of this game, unchallenged for that spot, for 30 years of my life.

Year 31, their reign is no more. Not only is it not the best chocolate based Christmas treat, it's not even the best tree shaped. Again, I must stress that I am not writing this gleefully. I held out all month running test after test, hypothesis after hypothesis, study group after study group. The results never wavered. I understand we live in an age of hot takes and disingenuous opinions simply to get a rise out of people. I can assure you this isn't that. No one is more upset to hear this news, let alone be the one to deliver it. There is a new king in holiday town, and his name is…

I couldn't believe it, either. Everyone loves a good Snickers bar. They've had the bar game on lock for many moons. Year round no one has much of a push back when you crown them the best overall candy bar. But the holidays they've always played it close to the vest. Perhaps it was out of respect for Reese's that they withheld their own tree for so long. Snickers was trotting out the Nutcracker for ages, which was fine, but certainly no competitor for the top spot. The Snickers Santa? A great guy, certainly no Reese's Tree. And then, Mr. Snickers finally had enough playing nice. Sure, the tree had been claimed, but was the Reese family being vigilant? Were they protecting their corners? Or were they resting on their laurels, assuming no one would dare try to usurp the king?

It appears they were resting on their laurels. Snickers released their own tree in 2015 without much fanfare. The packaging was off. The traditional brown wasn't putting folks in the Yuletide spirit. It didn't quite grab the nation's attention. But they didn't waver. They got back in the lab and dropped the red wrapping on our heads and announced their intentions loud and clear. You take one bite into this sucker and you can tell you've experienced chocolate and peanuts in a way you didn't know possible. Much like the strengths of the Reese's tree, the Snickers tree does not taste like your run of the mill Snickers bar. The layer of chocolate is much thicker. The nougat, peanuts and caramel layer is much more compact giving it a much sharper, more refined kick to the palate. And, where Reese's has truly stumbled, the Snickers tree maintains its shape and actually looks like a tree. There, I said it.

I don't think this war is over. In fact I believe competition is good for Reese's. They know they can't keep running the Wing-T over and over and assume the scoreboard will end in their favor week-in and week-out. They've gotta open up the playbook. Bring back that flare and pizzazz they've been known for throughout the decades. But for now, in the year 2020, the Christmas king has a new name. And thy name be Snickers Tree. 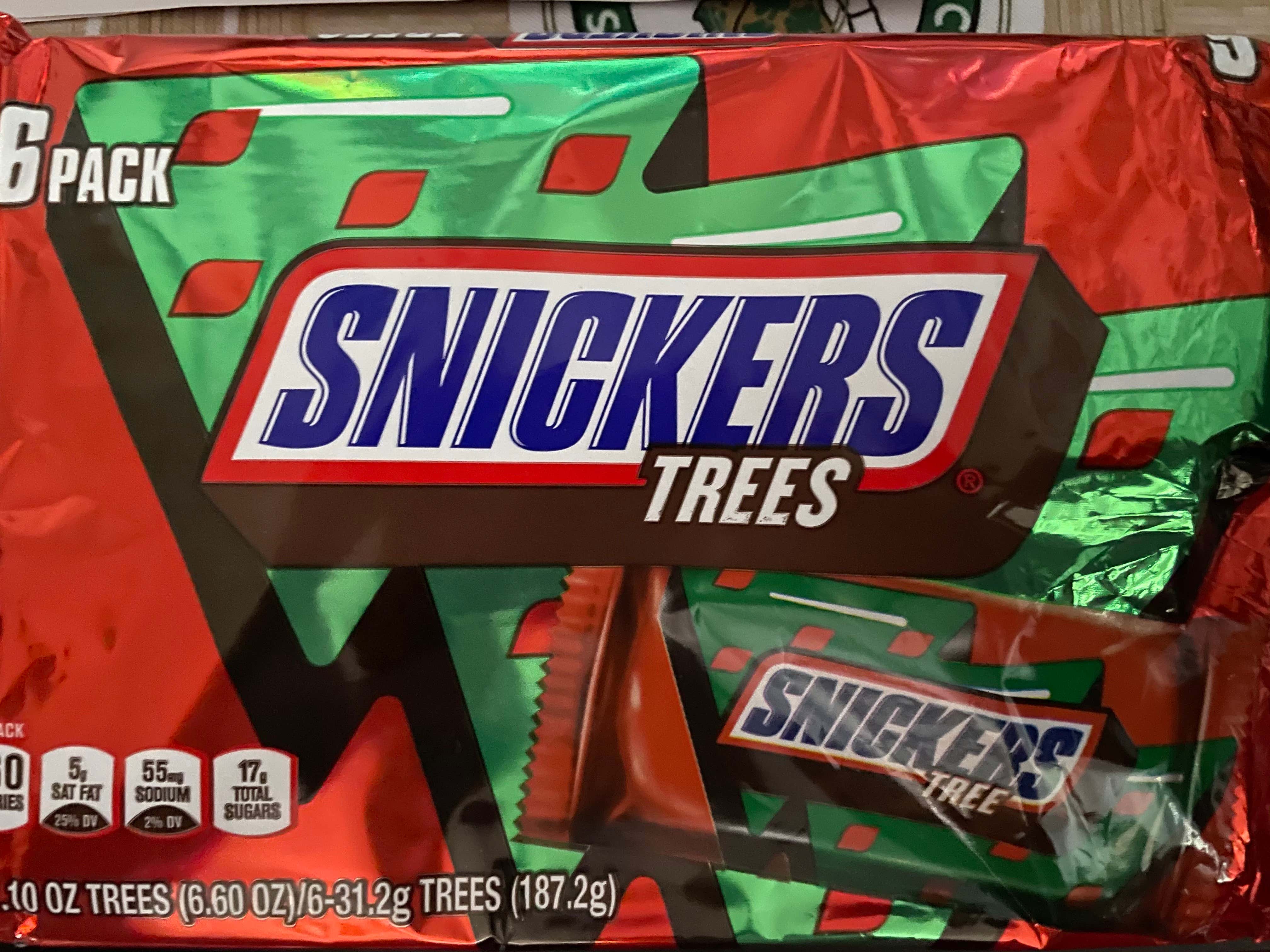