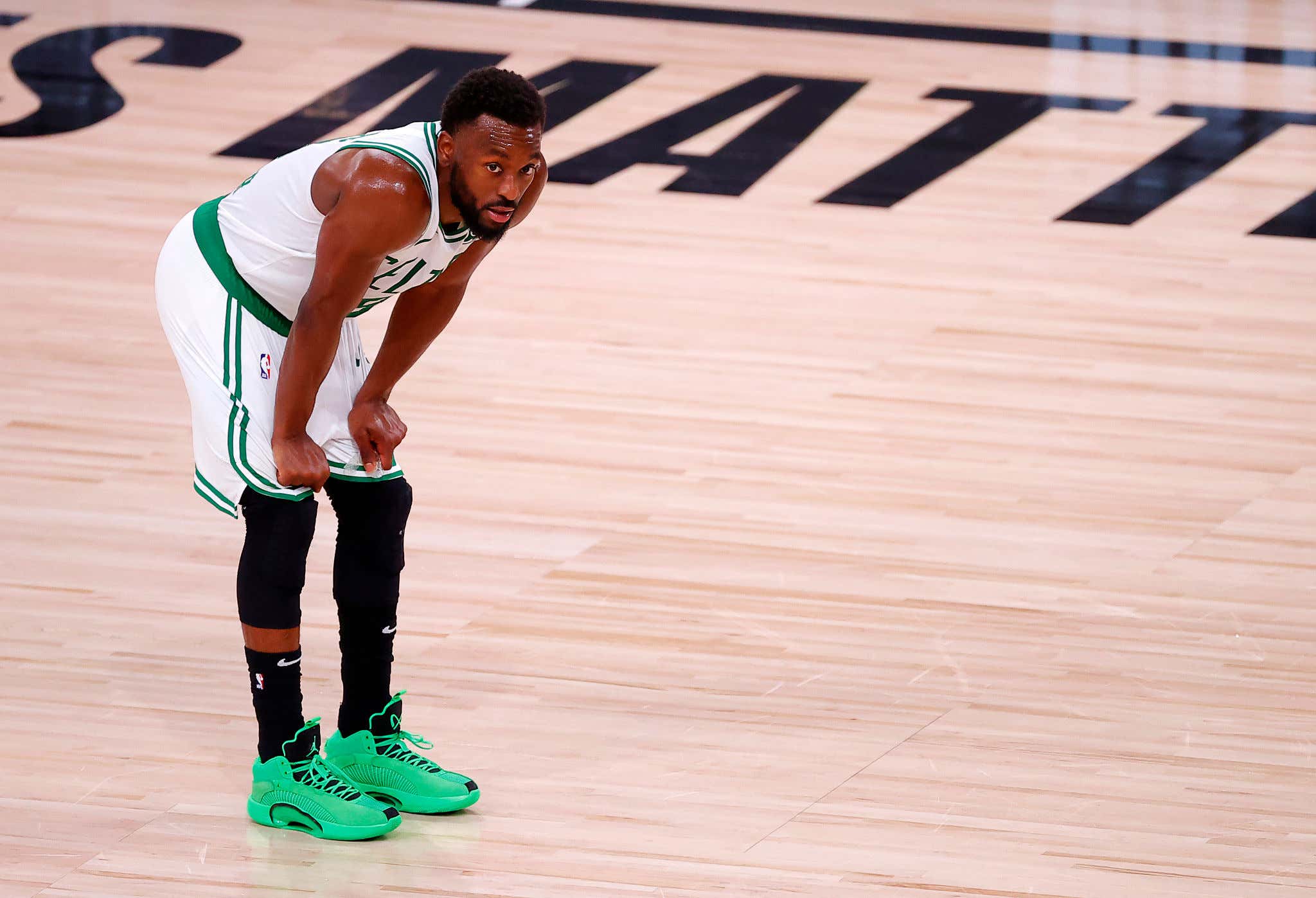 Now there are two ways you can look at this. On December 1st, about 3 weeks ago, the Celts announced that Kemba had a stem cell injection and was put on a 12 week strengthening program to start the season. With that in mind, hearing that he's "still a long way away" from returning to the court isn't all that surprising and acttually makes some sense. By my math, he still has 9 weeks left on that program. The plan was that he was going to return to on court activities in early December, and that the next update would come in the beginning of January. It sounds like that is all happening, so there's some reason to think that Kemba is progressing just like he should be and this is only a minor deal. Notice I didn't say it wasn't a big deal. If he's never right, it's a very big deal. But if he recovers and it just takes some time? That's less of a big deal.

But then there's the other side of this coin. I still don't feel great about seeing those words typed out. I still can't deny that if the Celts tell me 12 weeks that really means 20 weeks or more and that we'll probably see Kemba in March or some shit given their track records with injuries. It's never as easy or as quick as they tell us. Ever. Whether it was KG's knee, Isaiah's hip, Kyrie's knee, Kemba's knee, it's always worse. So they don't exactly have my trust in that regard.

I don't think it's crazy to say this team will obviously miss Kemba's offense/playmaking. Did you see what that looked like in their first two preseason games against real teams? Sure wasn't what I would call…..good. Even if you take preseason games with a huge grain of salt, there are definitely concerns. Who will be that reliable third scorer, who will help facilitate the offense if Jaylen and Tatum aren't quite ready for that role, how do the rotations work with a bench unit that still can't seem to score. It's certainly worth noting.

What I think we all agree with is that a healthy Kemba for the playoffs is all that truly matters. Seeding is important, but not as important as health. If that means they need to load manage Kemba in a way that maybe impacts their win total, fine by me. We saw what this team looks like with a healthy Kemba but without Hayward. They are as dangerous as any contender in the East. With the season kicking off tomorrow against the Bucks, there's really no time to ease into the action. I sort of like that though. We'll learn a whole lot more about this team if they play someone good than if they had a cupcake start to the season. It's not like Kemba will be back anytime soon so you may as well take your lumps early and who knows, maybe the Hospital Celtics surprise some people like they so often have in the past.

Now to help lift your spirits, here's some healthy Kemba