I know some people may have missed it because of football, but Michigan State lost to Northwestern last night. Let me be a little more specific - Michigan State got its ass kicked by Northwestern last night. The same Northwestern team that blew a double digit lead to Pitt. The same team whose 3 wins came against a non-Division I team and two sub-300 teams. Yeah, that team beat the shit out of Michigan State. So much so that Izzo even just benched his starters at the end of the game to prove a point. So much so he called it one of the most inept performances during his 26 years.

This is just peak Izzo though. He's the definition of football guy coaching basketball. It's honestly almost shocking that he coaches basketball. The dude is known for practicing with football gear. He's known for being best friends with Steve Mariucci. The guy lives for not being soft. All I know is pray for Michigan State players and really the Big 10 now. If Izzo thought he was being soft this year, what the hell is going to happen next?

You know this next practice is going to suck. You think Izzo gives a shit about the year 2020 and people complaining and it mattering? Nope. 100% chance those players show up and immediately start running suicides. If you played, you know the worst words you can hear walking into practice is 'on the line' or 'get to the (fill in the color you had OB).' You just knew you were in for running. Running sucks. Just running, touching the free throw line, halfcourt line, etc, fucking brutal. But since it's Izzo, he'll for sure throw in a bunch of aggressive rebounding drills. Have fun, MSU!

Oh the biggest problem? Joey Hauser got hurt and no one knows how serious it is yet

Good thing their schedule gets easier coming up! 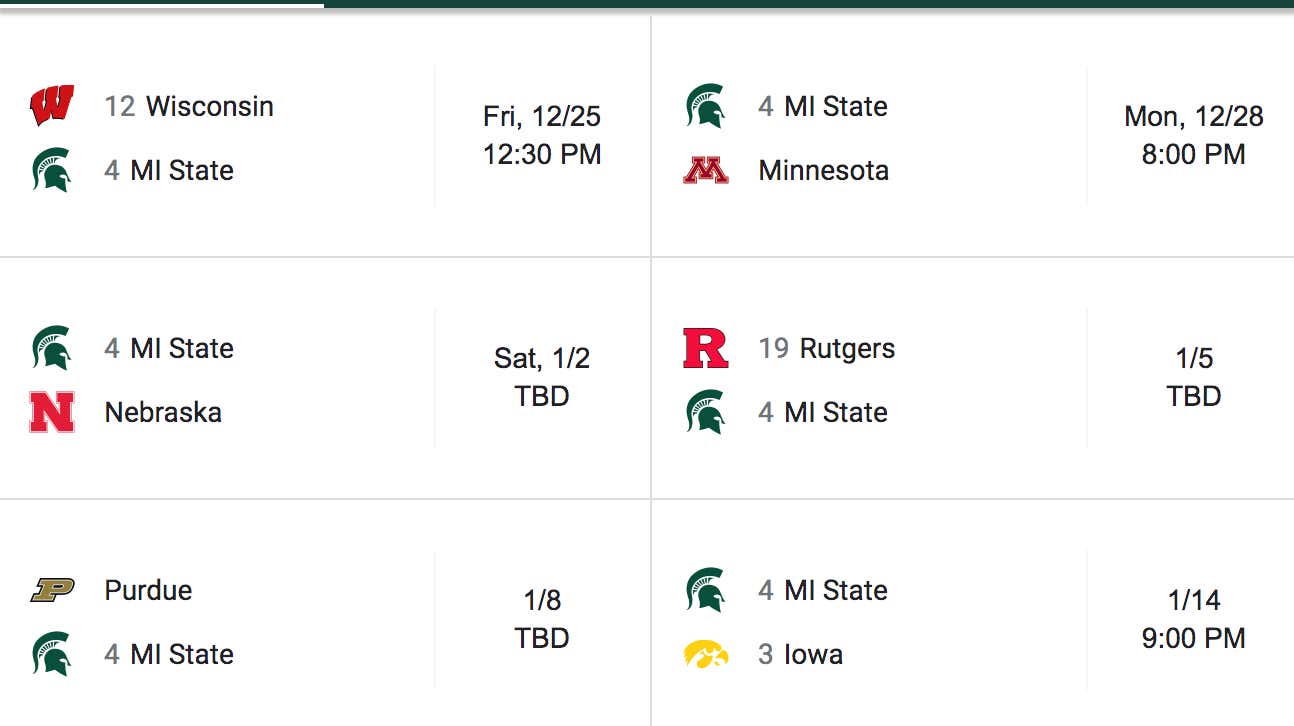