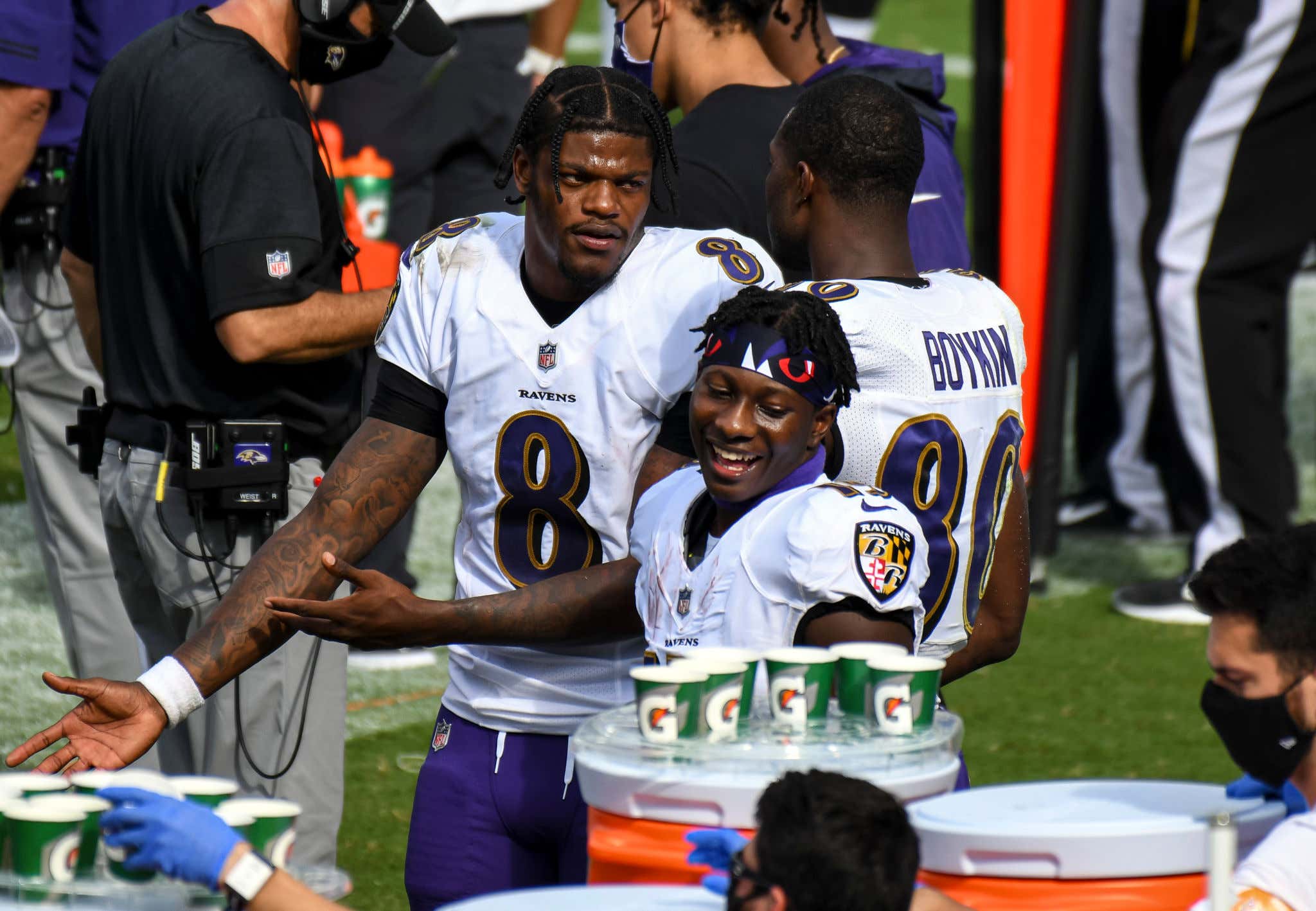 Holla if ya hydrate, folks!

We all saw the way in which cramps (or "cramps") nearly derailed the Ravens' season on Monday night. Lamar, clearly dealing with the lingering effects of COVID, missed nearly the entire 4th quarter because of them. Without that W, the Ravens are in big trouble in this playoff picture instead of in great position to get into the tournament.

Today's game is one where the Ravens are simply better than a putrid Jaguars team in just about every way. Injuries are really the only thing that can send this thing sideways. The concerning aspect of this is that the Ravens were already painfully thin at the cornerback position. That was made worse when Marcus Peters (along with Calais Campbell and others) was surprisingly declared inactive before today's game.

Gardner Minshew has shown at times that he can sling the rock and produce in this league. The Jaguars receiving corps is probably their biggest strength, so the lack of cornerback depth is a bit of a red flag to say the least.

On top of that, because of Lamar's 4th quarter absence, Trace McSorley had to come into the game and subsequently suffered a knee injury that landed him on the IR. That leaves undrafted rookie Tyler Huntley out of Utah as the backup. Huntley is cut from a similar cloth as Lamar where he's a threat with his feet, but he's obviously no Lamar. If those cramps or some other injury were to show their face again today with Lamar, the Ravens could be in big big trouble in a game they very much cannot afford to lose.

We don't know how much COVID might affect that re-occurring but we know the best way to combat and prevent cramps is to hydrate hydrate hydrate. Gatorade, gel packs, bananas, orange peels, you name it. Cannot be too cautious because the stakes are simply too high. Otherwise the Ravens should take care of business.

Get out there, run the football, run it some more, and let's get out of this game happy and healthy with a W.