A woman says her 34O breasts won't stop growing and have left with excruciating back pain from carrying around the extra weight.

Kayla Romero, 27, also said her boobs are so large her nipples are becoming bigger than the size of her palm.

Kayla, who lives in Houston, Texas, said her bust has continued to increase since she was 12 and she is already outgrowing two 34O bras she bought in November for £80 ($108).

She said: "It is hard enough trying to find size O bras, which are also pricey, I have no idea how I am going to find size P's. I don't even want to think about how expensive they will be.

"I have already had a look online for the next size up because my boobs are already starting to overspill out of my new bras, but I haven't seen a P anywhere. It is a nightmare."

According to Discover Magazine:

A pair of D-cup breasts weighs between 15 and 23 pounds — the equivalent of carrying around two small turkeys.

This woman is a size O, as in "Oh shit, those are some enormous melons", and I'm not good at math but assuming the average D cups weigh 20lbs together… 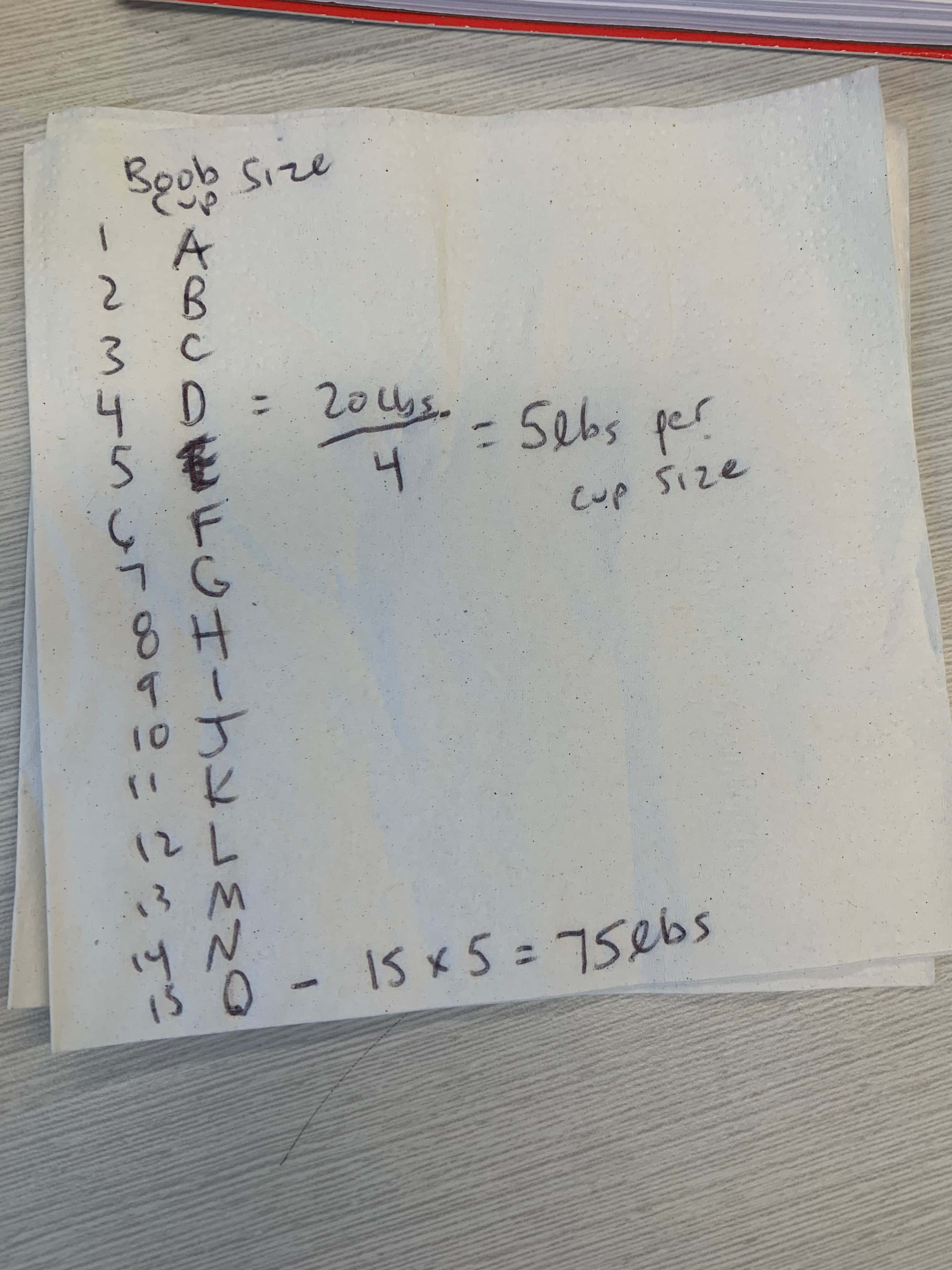 Going off my napkin and no real science it's safe to confirm that each of her breasts weigh nearly 40lbs at this point. It's like she's got full-grown border collies strapped to her chest, and those puppies are still going strong.

On April Fool's Day in 8th grade a fella I had a crush on announced to our Language Arts class that, "Katy has boobs now……….(wait for it)………. April fools!"

For several weeks after that I placed a single, flattened out athletic sock long-ways in my training bra to give me the slightest boost. Instead it just gave me an L-shaped chest. Genuinely weird move, but I was desperate! That same year I was introduced to 'the boob test' at sleepovers: If you could hold a pen or pencil underneath your tit crease your boobs were a 'good enough' size. There were a lot of pencils clanking to the floor at my feet no matter which way I scrunched.

So, I tend to have little sympathy for the big boob crowd, but in Romero's case I do have empathy. Anything over a DD I start to feel for ya. I'm 5'9 with an athletic build and my spine would be bent like a candy cane. She's only 5'0… This has to dominate her whole life, especially knowing they could get all the way to size Z… The largest natural breasts in the world = 102ZZZ cups.

PS. Mine aren't quite there yet, but thanks to this prego stuff I can now hold a Sharpie under each tit. Congrats to me.

In closing, I leave you with this.