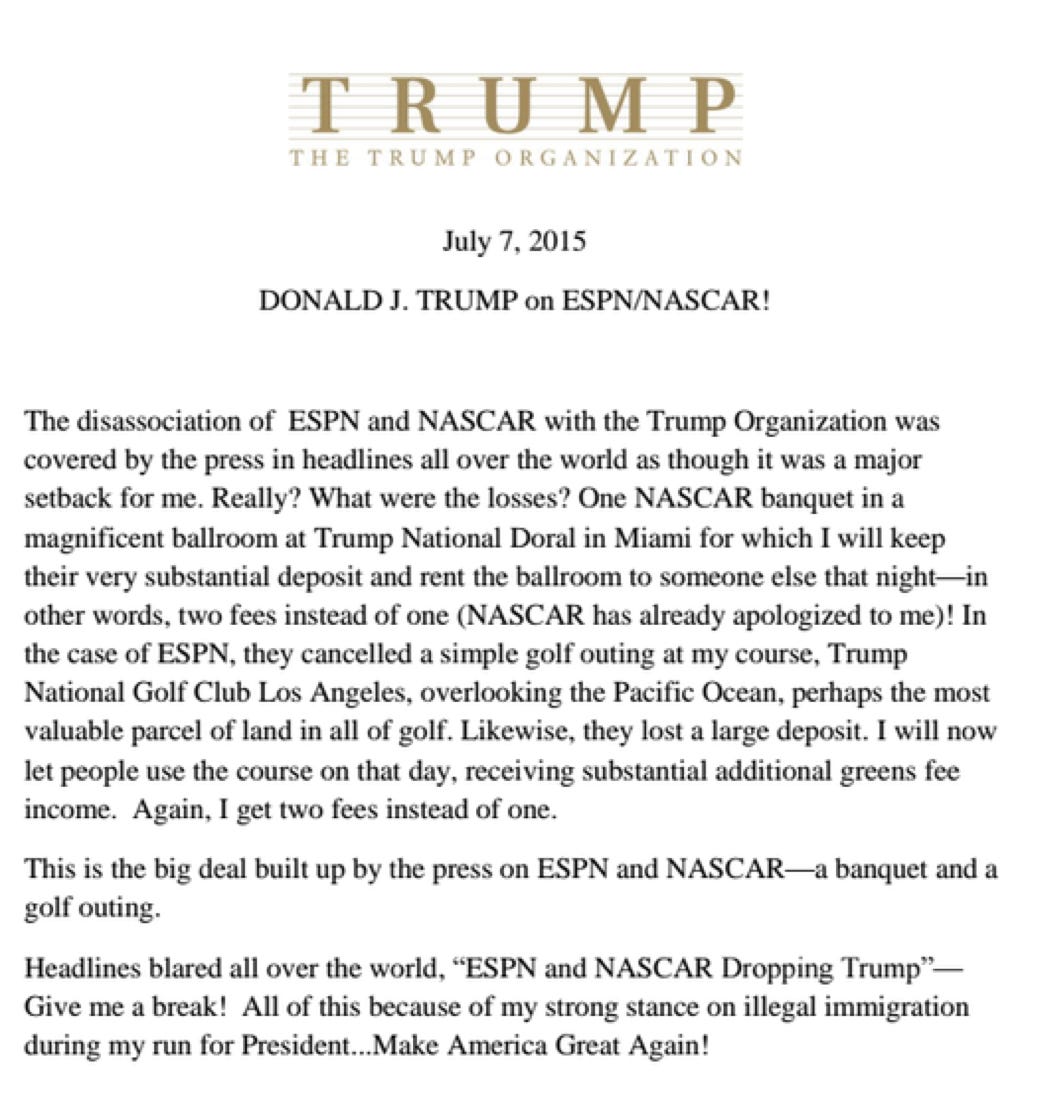 GOLD.  Listen, say what you will about Trump.  He’s crazy, he’s insane, he can’t stop talking about how Mexicans are raping everybody.  He’s a sideshow.  That’s it.  Everybody knows it.  Even he knows it.  But he has a lot of money and can do whatever the fuck he wants.  Yes, that includes run for president.  If you understand all of that and view it through the lens that he’s your crazy drunk uncle at Thanksgiving who makes everyone uncomfortable then it makes it SUPER fun to follow.  I think I’m even starting to like him a little bit?  I mean read that press release.  That might be the greatest press release in history. Basically saying he’s happy that ESPN and NASCAR dropped him because now he’s gonna make a ton more money and they can fuck off.  Give him all the deposits and greens fees.  He doesn’t give a fuck.  As long as money is still flying into his pockets he doesn’t care.  Doesn’t matter where the money comes from as long as it’s there.  Oh and the media scrutiny that has come with his comments on immigration? Much ado about nothing.  A simple creation by the media giants.  Nothing more.  Trump is the goddamn best.

The craziest part of that whole thing might be the exclamation points.