Comparitech- It’s the most wonderful time of the year… And for most, nothing says “Christmas” quite like their favorite movie.

But which Christmas movie is providing the most festive cheer in your state?

We’ve put together a list of the top holiday movies by state based on IMDb’s top 50 most popular (at the time of writing).

Some states appear to be getting their festive fix from movies full of holiday-inspired themes, snow scenes, and their favorite Christmas carols – aka Home Alone and Elf. But others are opting for movies that may only be deemed “festive” because they’re set at Christmastime (yes, we’re referring to that particular film featuring Bruce Willis – the one that causes arguments every year as to whether or not it is in fact a “Christmas movie”).

At first glance of that map you might be asking if this was the work of ANUS.

Comparitech is actual a real company/website.

And they used real factual data to compile this list.

Using the top 50 films on IMDB’s list of Christmas movies that are most popular among IMDb users at present, we searched each film individually on Google Trends to find which state scored the highest. This was then the designated film for that state. If any state came up twice, we used the film that ranked higher on Google Trends. If a state didn’t appear top for any of the movies, we searched through all of the 50 films to see which was most popular in the state according to Google Trends.

Movies where no data was available on Google Trends were omitted. 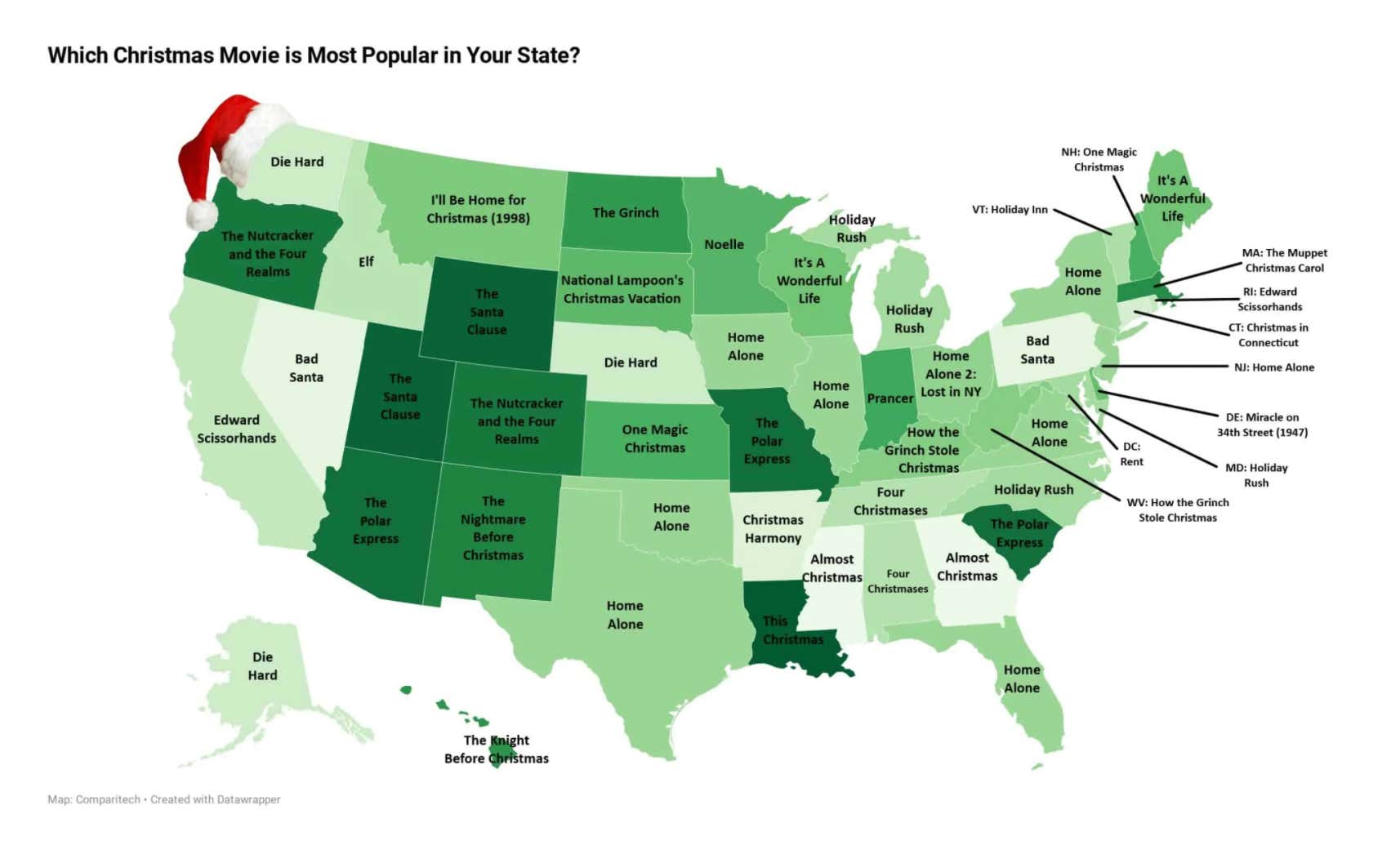 Let's start with the obvious ones here-

Not only is it one of the greatest Christmas time movies but it upsets me that these trash tv networks that air rerun movies round the clock don't put it on more in the spring and summer months. It's one of those movies that you can enjoy year-round, not just around the holidays.

The real knee-slapper on this list is Nevada and Pennsylvania, two states home to some of the scummiest cities on the planet, streaming the fuck out of Bad Santa over these holiday months. (They're in good company as it's White Sox Dave's favorite of course)

I was gonna ask Hawaii what the fuck they're thinking with The Knight Before Christmas and then I saw that the lovely Vanessa Hudgens starred in it so they get a pass.

The one that stopped everyone in their tracks looking at that breakdown is undoubtedly California and Rhode Island bookending the country with the Johnny Depp classic Edward Scissorhands. Fantastic film, but Christmas movie? What? 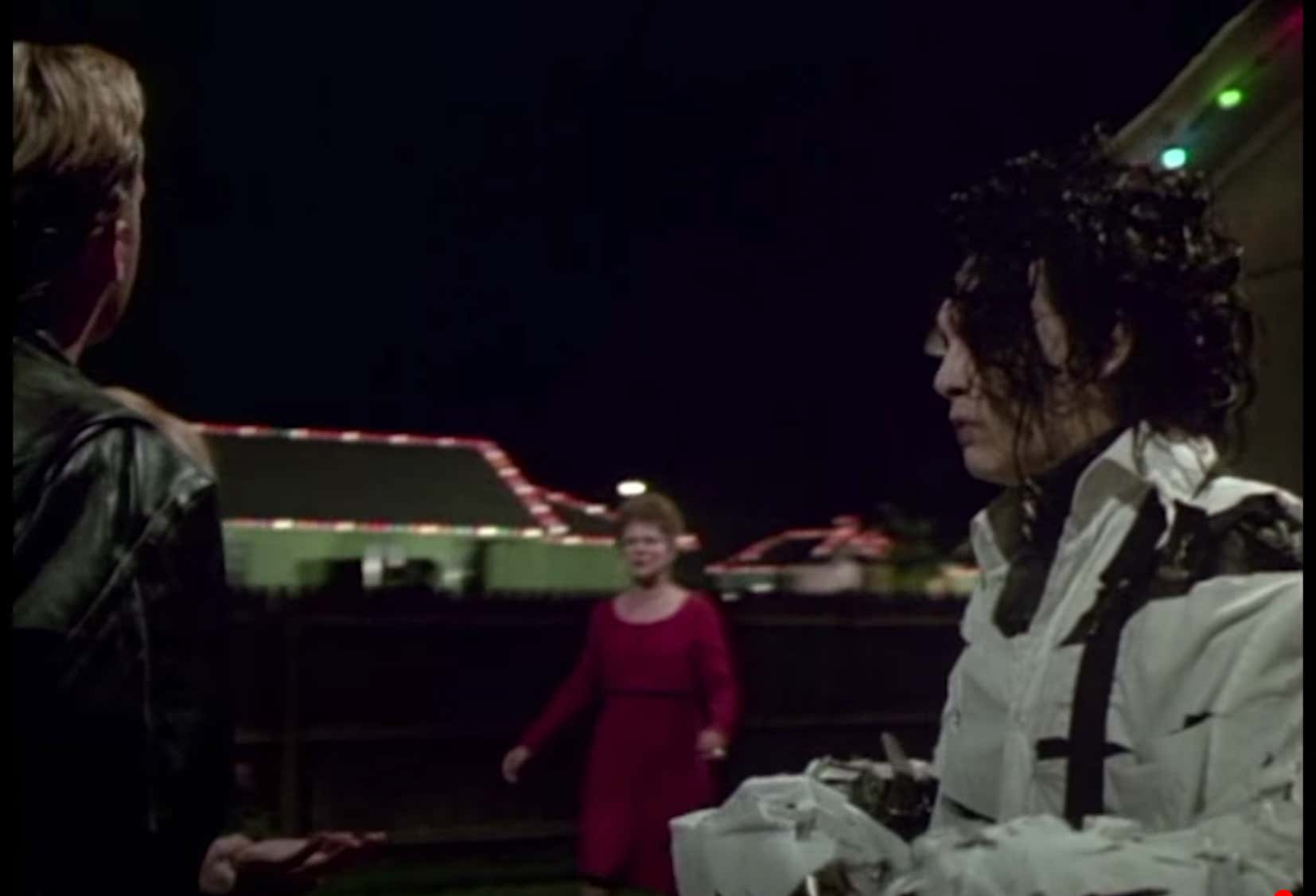 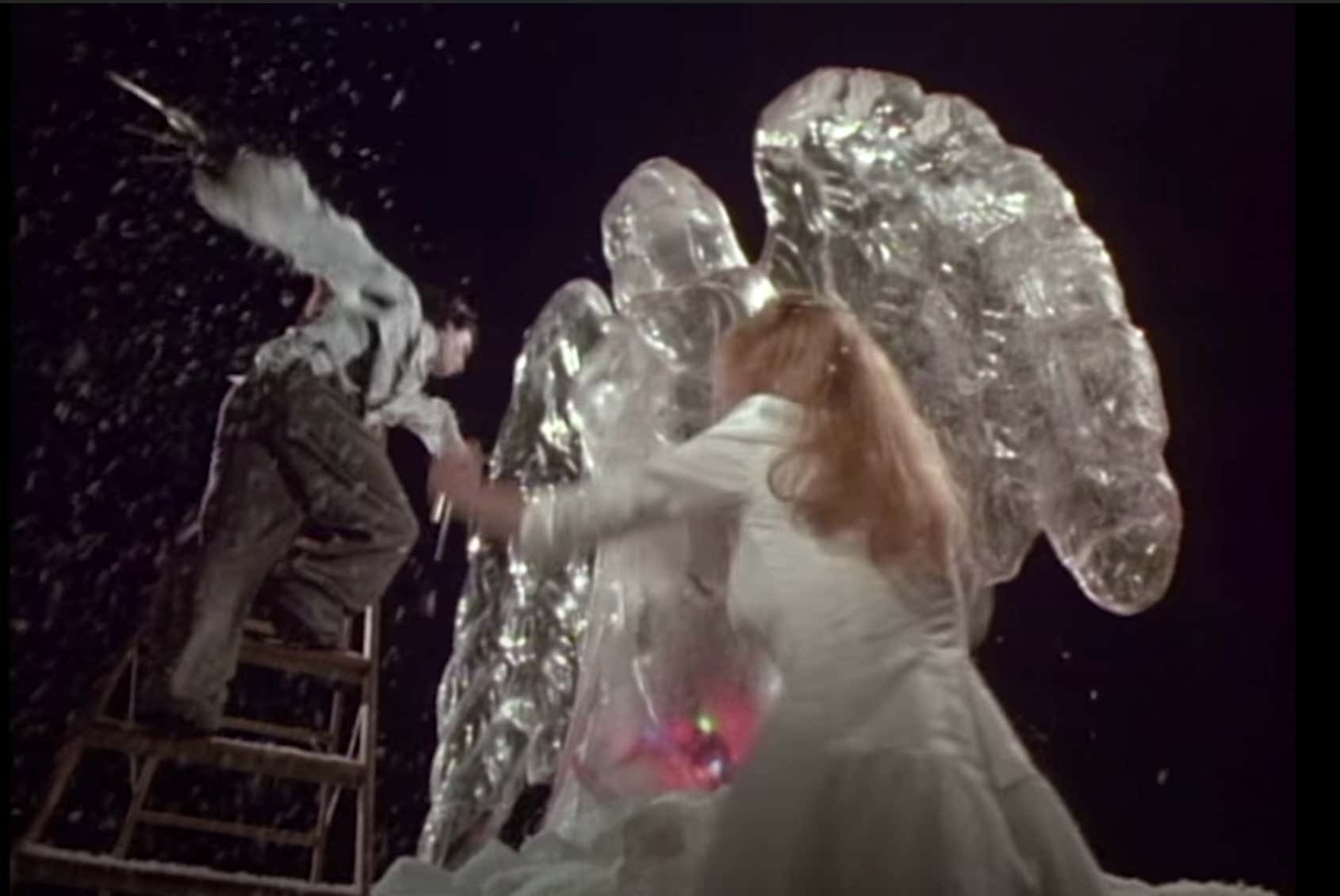 But classifying Edward Scissorhands as a Christmas movie is like saying Die Hard is one as well.

Which low and behold is also Alaska, Washington, and Nebraska's favorite. So those of you who stand on that Die Hard is a Christmas movie hill do so along with the likes of those people. Just remember that.

One of the movies on here that surprisingly gets forgotten about but isn't all that bad is Four Christmases starring Reese Witherspoon and Vince Vaughn. Vince Vaughn plays the same character he plays in every one of his movies so its good for a few laughs but the supporting cast is also pretty funny - Robert Duvall, John Voight, John Favreau to name a few. Good flick.

South Dakota being the only state in our Union to have Christmas Vacation as their #1 stings guys. A lot. Really expected to see it on this list more.

Also, Wyoming coming in strong with The Santa Claus, which is a very VERY underrated Christmas movie.

Wacky premise but Tim Taylor delivers and makes it work. This movie gets slept on hard and it shouldn't.

I'll end by saying if you wanna hate on Massachusetts for having The Muppets Christmas Carrol as their #1 you can go straight to hell. That movie is a classic and doesn't get nearly enough play that it should.

If you hate on anything Muppets you're a scrooge.

p.s.- speaking of The Muppets is this the best song of all time or am I just hormonal today?

p.p.s. - Are Maine and Wisconsin the only pure-hearted, good people left in this country? The ONLY two states that went with It's a Wonderful Life over everything else? Not just the greatest Christmas movie ever made, but I would argue the greatest movie ever made period. Sad.