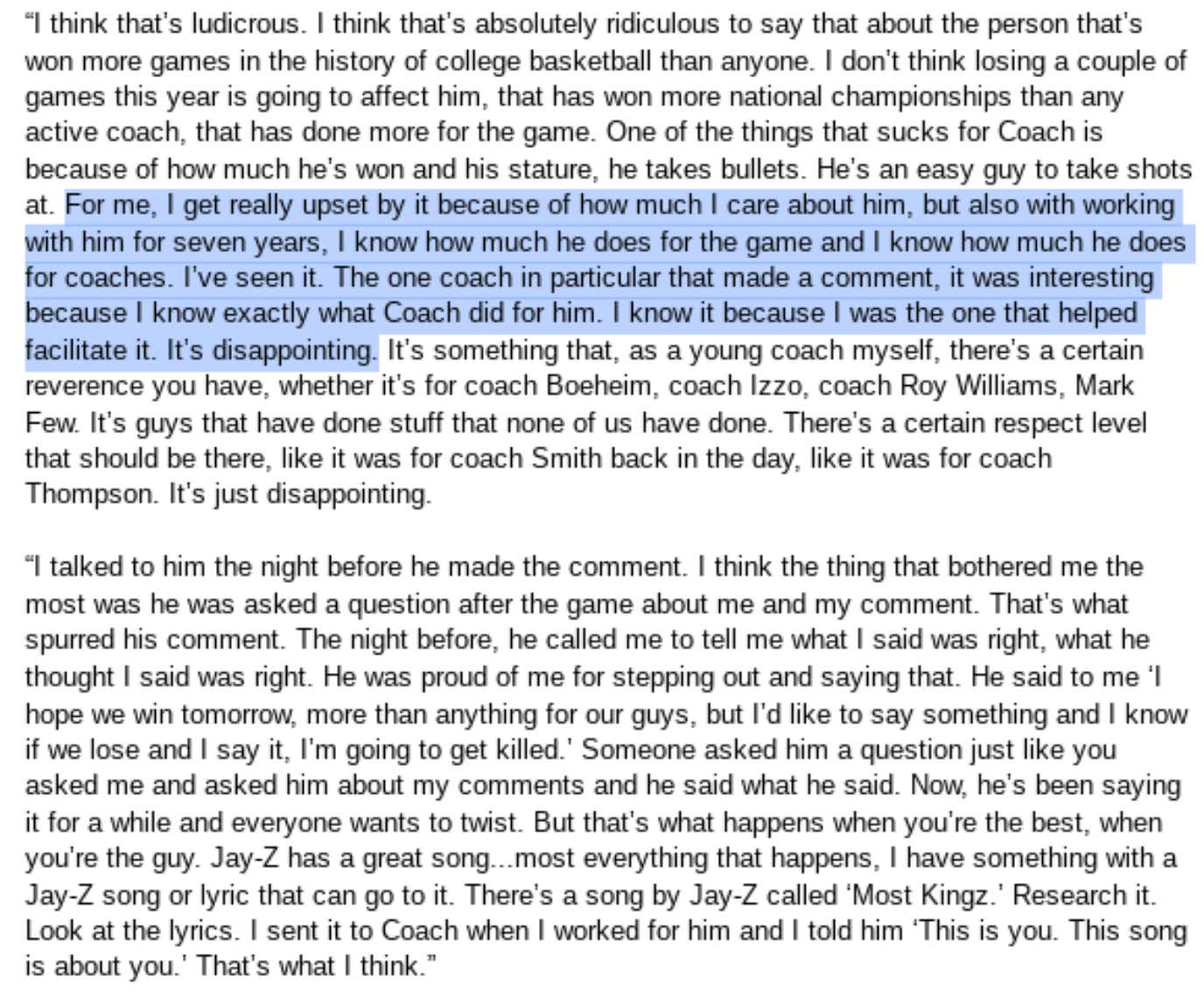 Oh shut the fuck up. I don't know what's the corniest part of this, whether he's implying that Duke is the reason Nate Oats got a job at Buffalo as an assistant under Bobby Hurley or the Jay-Z/Coach K comparison. You can admit Coach K is a successful and great college coach while being a hypocritical, whiny, sore loser asshole. Both are true. This is proving that statement even more true. Here's the song that Capel is referencing:

No one is arguing against mental health or the seriousness of coronavirus. It's the fact that K is hypocritical as shit. Duke actually has some of the best protocols in the country. Now they are ignoring CDC guidelines (K says they want to listen to CDC) and sending kids across the country for a few days and return. How is that a smart decision? He also says he wants them home for the holidays (they aren't home for Christmas). That's what we are making fun of. And, yeah, the fact he just straight up did this after the Illinois loss. Why not bring this up after the Bellarmine win?

But the real fart sound is Capel hyping up how he and Duke got Nate Oats a job. Shut the fuck up man. Even if you did because Bobby Hurley was the then-coach at Buffalo, you don't take credit for Oats getting a job. He's the one who won an NCAA Tournament game with Buffalo. He was good enough to get the Alabama job.

PS: K reading Jay-Z lyrics and trying to understand them is a laugh out loud image.