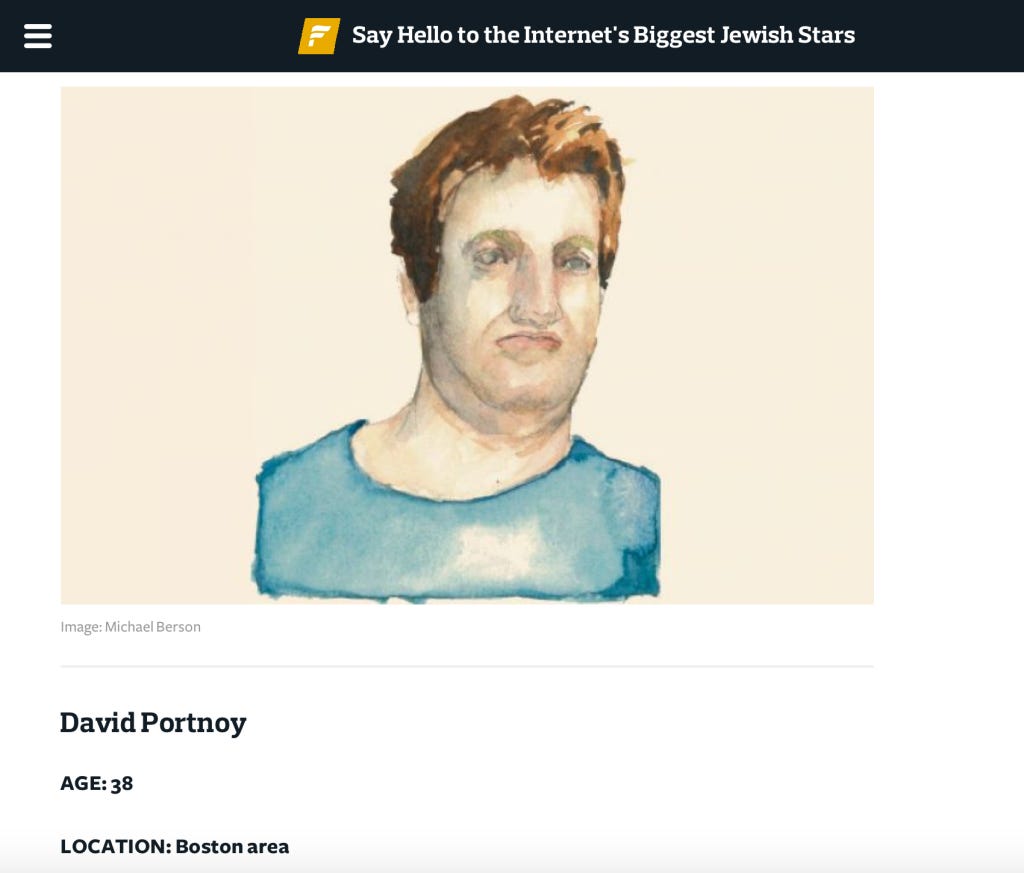 Meanest thing ever. That’s the only way to describe that picture. Of all the horrible things that have been written, posted, or said about David Portnoy that’s the meanest. And it’s not even close. In fact, I’m kinda starting to think this whole “Famous Jew” thing was just a long con to embarrass Dave. The Jewish Daily Forward just wanted to make fun of him so they appealed to his narcissistic side, pretended to write some article about how he’s such a star, said he’s “equal parts Howard Cosell, Mark Zuckerberg, Andy Kaufman, and Hugh Hefner” and then had someone paint him looking like the Yellow King’s mentally challenged brother.

And I’ll tell you what, most of the time I enjoy Dave getting made fun of but this time I can’t. This time I have to be on his side. Bloggers have to deal with the stigma that we’re fat perverts who live in our mom’s basement and say nasty things while wearing food stained shirts, and that’s exactly what they made him look like. Like the caricature of a blogger. It’s messed up, man. So messed up.