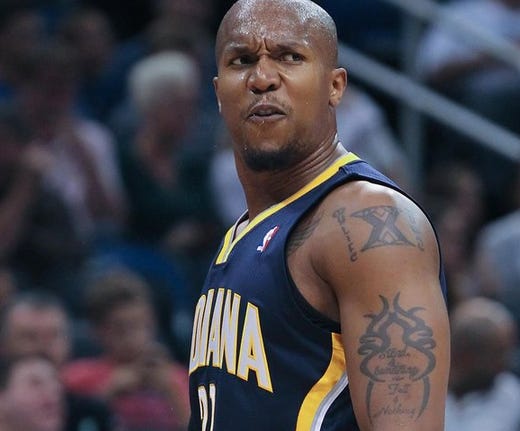 There’s an interview with Dave Chappelle where he talks about walking away from the 50 million dollars that Comedy Central was going to give him to do his show. Chappelle talks about how he is already rich, how he lives comfortably, can buy pretty much whatever he wants….but the difference between what he has, and 50 million dollars, is 50 million fucking dollars. You don’t walk away from 50 million dollars. And I feel like we sometimes get jaded because we are so used to hearing about huge contracts all the time and forget what an absurd amount of money that is. But you know that feeling when you find a 20 in your pocket or you realize you have 30 bucks chilling in your Venmo account and you feel like you’re a billionaire? Now to think about David West turning down 12.6 million dollars for 1.4 is simply preposterous. Winning a ring, I suppose that’s cool. But you know what else is cool? That 11.2 million dollars he’s not going to get. Ever since I heard Chappelle talk about money, I’ve never hated an athlete for taking more money elsewhere. So it leaves me with a dilemma if I commend West for chasing a ring, or hate him for disrespecting 11 million dollars like that. And yes, I hate him and think he’s an idiot. But he can live his life as dumb he wants, so at the end of the day I guess good for him for going for the ring in San Antonio, but I swear I better never hear anyone send Ts and Ps his way after he pulled this.