Hollywood is an interesting place to me for many reasons, but nothing about Tinseltown fascinates me more than the clique aspect of the industry. Getting in is a lot like getting a bid to a fraternity (something I was able to accomplish with nearly every Greek house on Arizona’s campus despite not even visiting 90% of them). Actors like Leonardo DiCaprio and Ryan Reynolds are able to make it into the club simply because they’re cool as fuck. Then there are others who make it through something called “legacy”, which is basically some dude’s weird little brother you let in because you like the older brother, and the younger sibling won’t completely ruin the vibe – these are your Liam Hemsworth and Dave Franco types. But every now and then you get a runt who absolutely fucking sucks. Enter Keith Gosling. Keith is what some would call a disgrace (his mom) and others would call unable to live alone (his doctor). The genetic lottery smiles upon some, namely his older brother Ryan, and beats others down with an ugly stick like Keith. It’s unfortunate to see someone like Keith struggle to do something as menial as chew popcorn without choking while Ryan plays a hot as fuck badass up on the big screen but sometimes that’s just how the cookie crumbles. C’est la vie.

As for the newest episode, can I keep it real with y’all? 216 episodes in, this is our best one yet. The show opens with our lord and savior, Owen, opening up about a sexual encounter he had this weekend that had his (consensual) counterpart sounding like the Entourage theme song. Now what you may assume is that she was bellowing out the iconic chorus of “Oh yeah, oh yeah, oh yeah”, but you’d be wrong. What she was actually singing was the opening verse to Jane’s Addiction’s 2003 classic. As someone who considers Entourage the greatest show of all time (if you disagree, I’ll just assume you’re a loser) I am shaking with jealousy and excitement just from typing out the fantasy our good lad, Owen, got to live out.

The boys continued their stroll of Hollywood Boulevard by talking about Vin Diesel and his tight little V – the V in question is not his impressive core strength, but rather his immaculate pussy. Nick shares a communication fuck up he had he recently in which he got a STD from a (consensual) sexual partner, mistaking her claims of having “VD pussy” for an abbreviation of “Vin Diesel pussy”. Luckily, as I learned in during my time in Tucson, there’s nothing that antibiotics and some cranberry juice won’t fix today.

Also, on the pod today are Keith Gosling (brother of Ryan Gosling), KB’s Aunt Marla (AKA the Auntie Vaxxer), Dance Dance Revolution, Nick’s waiter impersonation, the Little People Olympics hosted by Wee Corso, a peak behind the production curtain, and much, much more. Make sure to subscribe to the pod and leave a review. 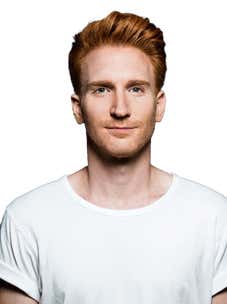