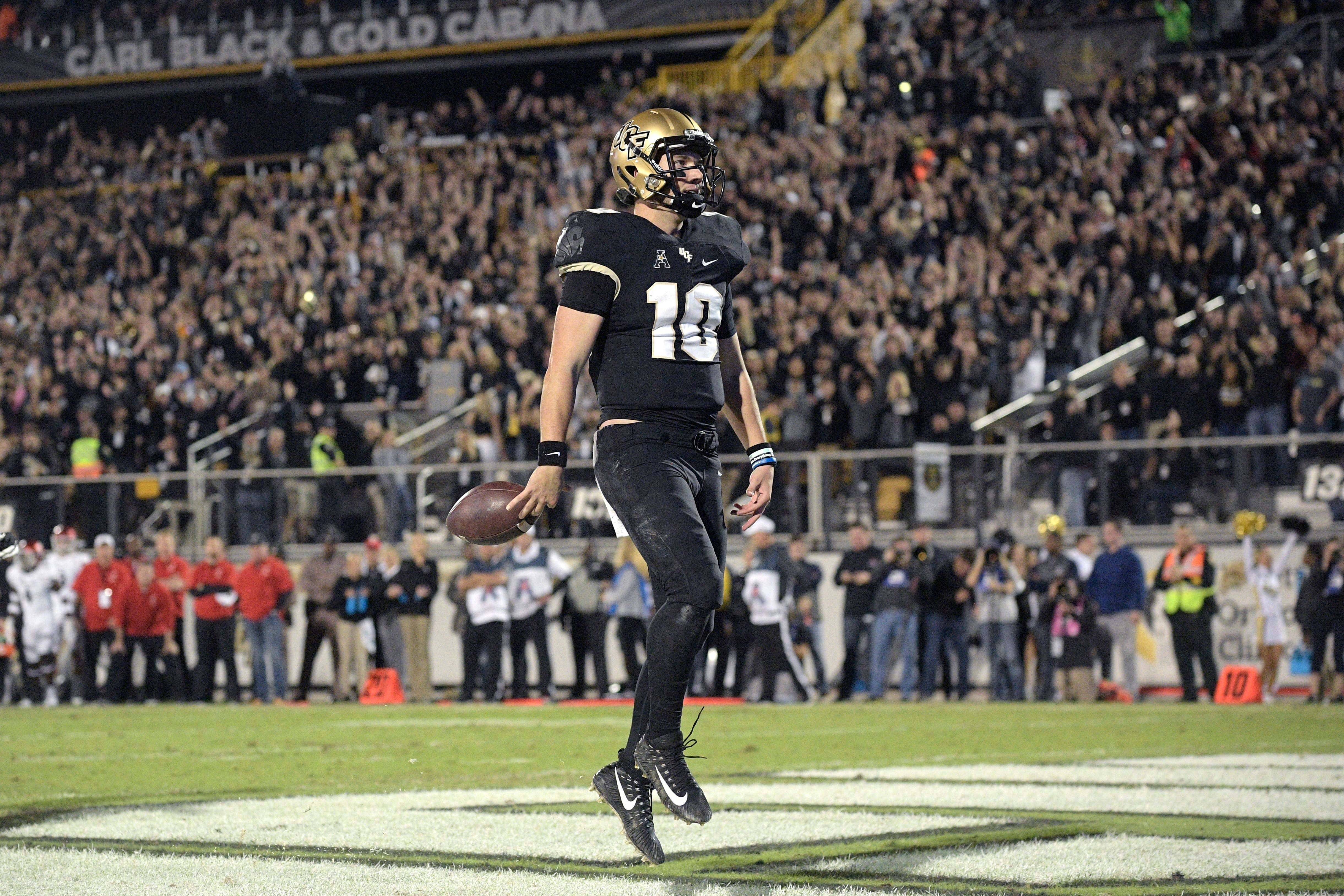 In 2017 UCF took the country by storm and capped off an undefeated season by taking down Auburn in the Peach Bowl, claiming the National Championship for themselves. Everything about them was electric. Quarterback McKenzie Milton was their heart and soul, throwing for 37 touchdowns and only 9 interceptions. That year's Heisman finalists consisted of Baker, Lamar, and Bryce Love, so it was tough to crack those three, but his stat line was plenty deserving to get to New York.

During his junior year in 2018, during the team's last regular season game, Milton suffered a gruesome dislocation of his right knee. Everything that followed from that point was a living nightmare. Watch this 5 minute feature GameDay did on him a few weeks ago.

When he got to the hospital he didn't have any blood flow in the leg and amputation was certainly on the table. Milton had ligament, artery and nerve damage to his leg that required extensive surgeries. Just reading about it makes me queasy. There was even an infection after he thought he was out of the woods later on that led to three more procedures. It's a miracle this guy is walking again, never mind thinking about playing football again. In 2020 he was somehow cleared to resume football activities, helping run the Knights' scout team all season. Just recently he announced he was transferring to eliminate the distraction revolving around starting QB Dillon Gabriel. Yesterday he announced his new home will be FSU. This dude is out of his fucking mind and I respect it so much. I'm such a pussy and if I bang my knee on the corner of the table I cancel all my plans and sit on the couch the rest of the day. There's that side of being a human being and then there's McKenzie Milton.

Little crazy part about this is Milton has never visited FSU's campus. I imagine covid had a part in doing this, but that's still kinda wild.

Though he has never visited the campus in person, Milton took a virtual tour and decided fairly quickly he wanted to go play for the Seminoles to help get the program headed in the right direction. -ESPN

Not to compare myself to a division 1 quarterback, but I declared to go to Syracuse without once stepping foot on campus myself. It was that, Rutgers or St. Johns for me. Ended up working out great, but in hindsight that was fairly stupid considering it was 5 hours away from my hometown. I'll be brave and say it. I think my little comm degree is a tad less important that Milton's future. Credit to me for realizing that.

Anyways, I'm pumped to see Milton get another shot. I'm equally as terrified for his health. That offensive line at FSU better play their asses off next season. This guy was awesome at UCF and I'm a sucker for a comeback story like the one we're seeing with Alex Smith on the WFT. I keep reading that this Chubba Purdy fella on FSU will give him Milton a run for his money with the starting role, along with this year's QB Jordan Travis, but if Milton is healthy as he appears how can you not roll with him for the story alone.

If you wanna relive that 2017 season a little, their game against USF was peak college football. Just skim through the highlights and you'll need to shower.