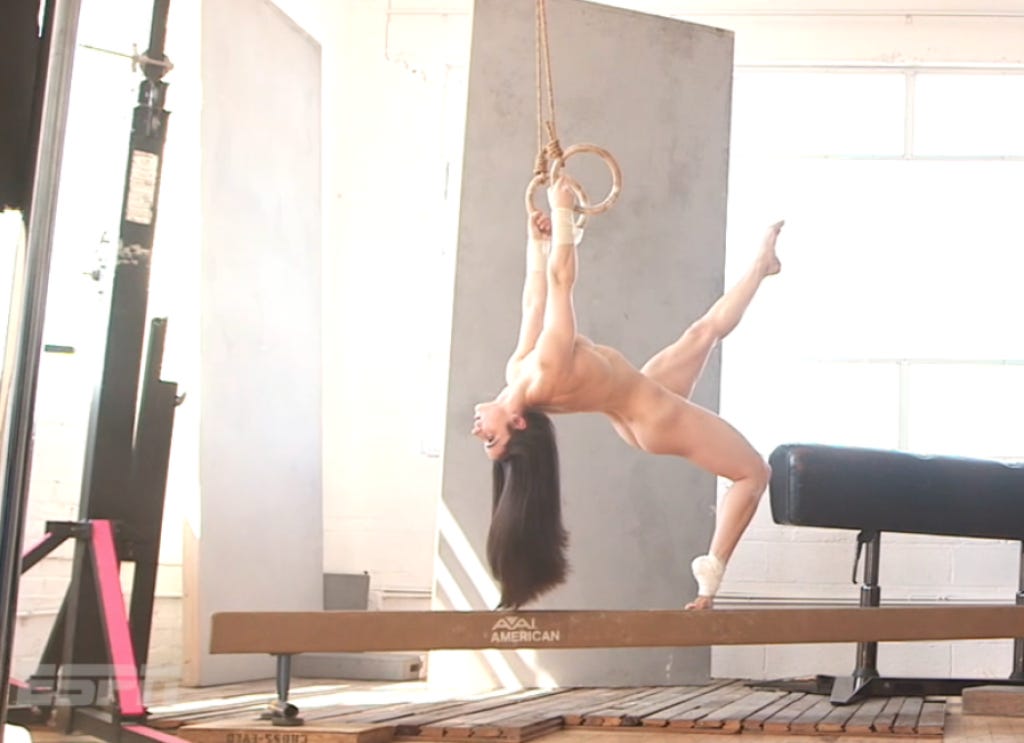 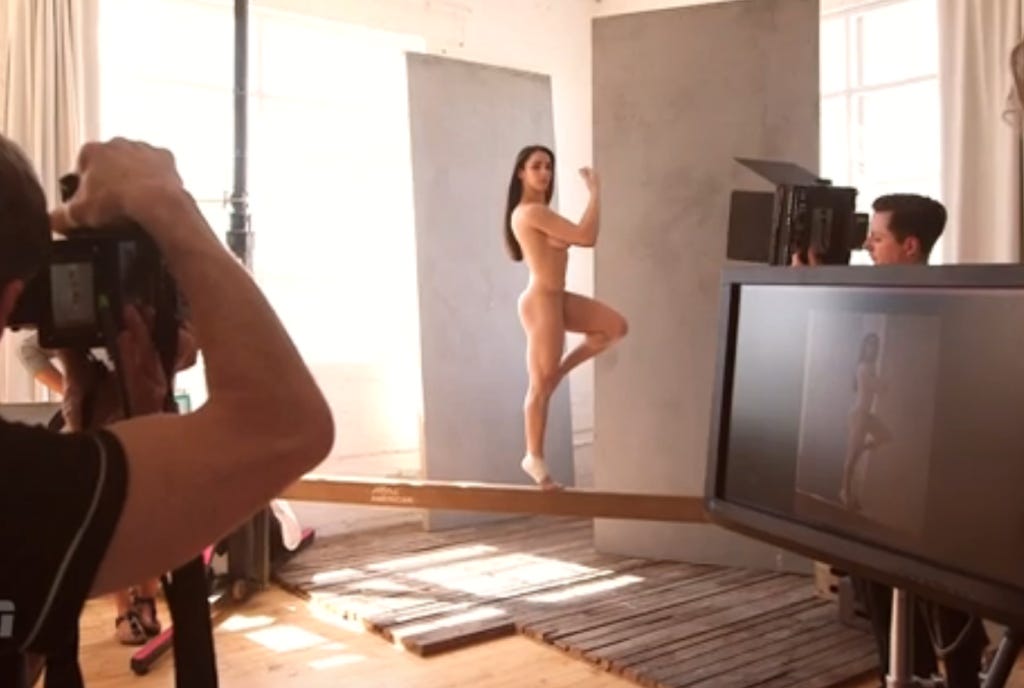 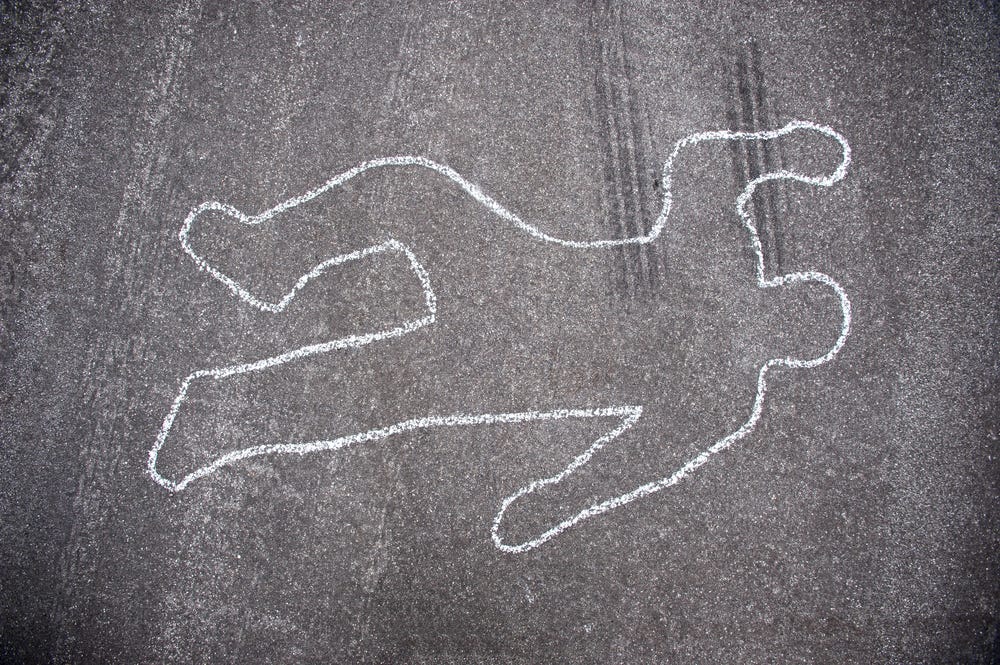 This is one item that I feel like may have gotten lost in the holiday shuffle and it really needs not to be. Every year the ESPN Body issue comes out and the Internet fawns over one or two people but for some reason I’m not seeing a lot of Aly Raisman hype and it’s blowing me away because I think this might be the hottest shoot they’ve ever done. I’ve mentioned before that I’m on a big time fit girl kick and Aly Raisman is killing the game there, even if she looks like the kind of chick you’d see at a Long Island bar drunkenly yelling at her boyfriend Tony. But what really blows me away is how she’s clearly strong as fuck but this shot: 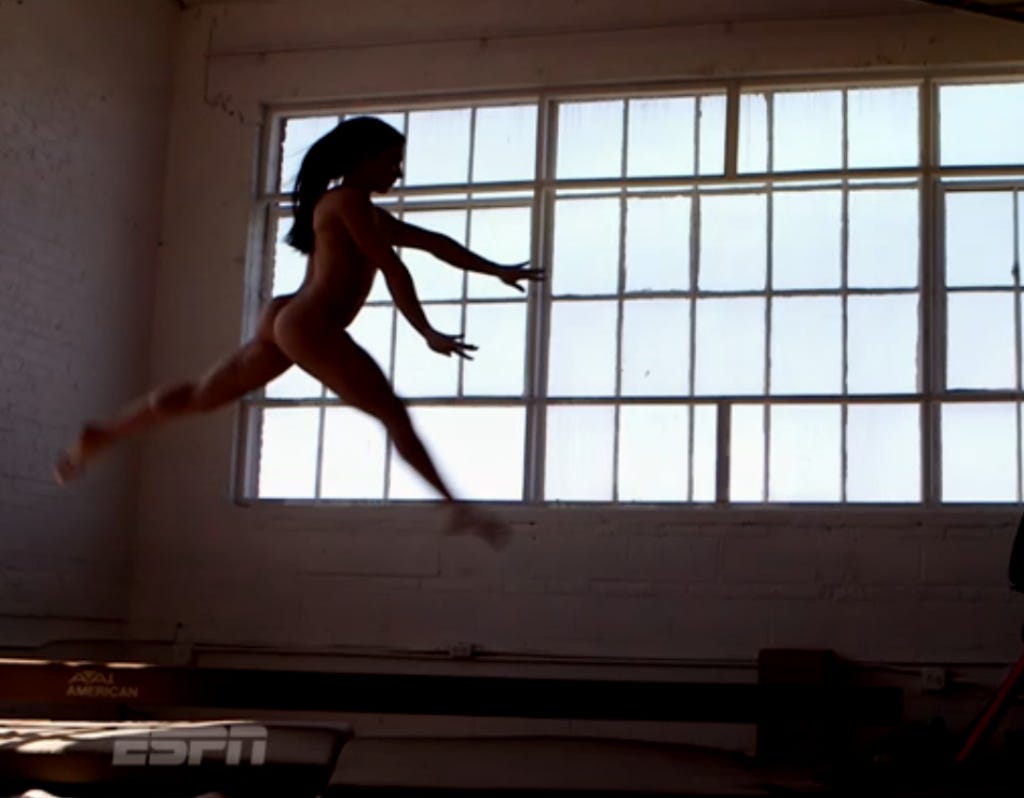 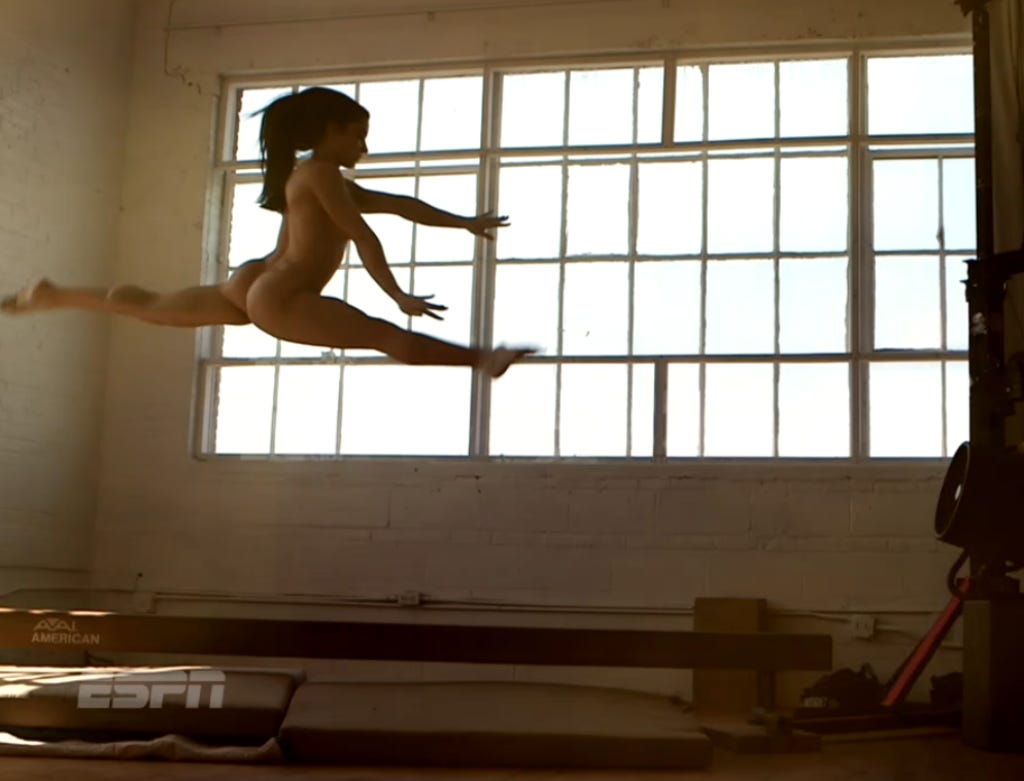 That is not only incredibly athletic and all that but hot as fuck. Granted I don’t see a ton of women fully nude doing mid-air splits so maybe everyone would look like this doing that but it seems to me like the booty there is UNREAL. And that’s not even mentioning thighs that can crush a man’s head like a grape. Between Aly Raisman and our soccer women stomping a mudhole in Japan, this is the biggest week in women’s sports history I say. Good work ladies, let’s mix tasteful nudity and mindless patriotism more often.