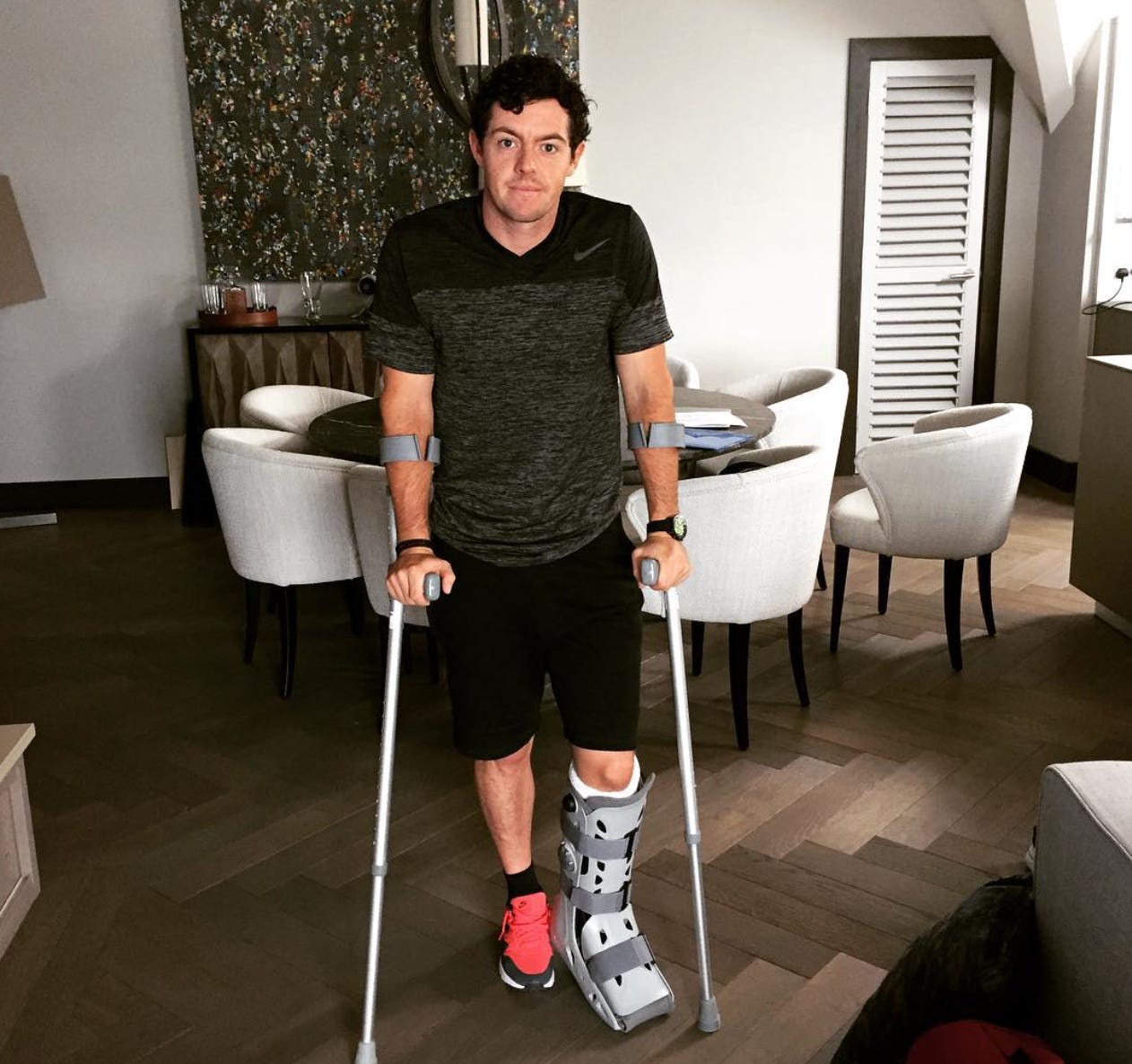 Golf Channel- Rory McIlroy is almost certain to miss next week’s Open Championship after announcing Monday that he has a “total rupture” of a ligament in his left ankle. McIlroy, who was scheduled to play in this week’s Scottish Open, said on Instagram that he injured his ankle while playing soccer with friends on Saturday. McIlroy is set for further testing on his ankle in the next 48 hours, and he did not offer a timetable for his return. “Continuing to assess extent of injury and treatment play day by day,” he wrote. “Rehab already started…..Working hard to get back as soon as I can.” A McIlroy spokesperson told Golf Channel that there isn’t a timeframe for a return and that McIlroy is taking this situation day by day. Other media outlets have reported that McIlroy will definitely miss the Scottish Open. There is “10 percent chance” he will miss his title defense at St. Andrews, according to a CNN report. Dr. James Gladstone, co-director of sports medicine at Mt. Sinai Hospital, explained on “Morning Drive” that the typical rehabilitation process is ice to minimize swelling, followed by electrical stimulation, a gentle range-of-motion program, and then strengthening of the tendons on the side of the leg to help compensate for the strained ligament while it heals. The recovery time depends on the severity of the sprain, Gladstone said, but the general timetable is between 10 days and six weeks. The Open begins in 10 days.

Fuuuuuuuuuuuuuuuck.  That’s not good.  Why, Rory?  Why?  And just like that I’m back to hating soccer.  I liked it for about 7 hours yesterday because America put a beatdown on Japan and we were the kings of the soccer world.  Now it’s back to sucking because it just ruptured the ankle of the world’s #1 golfer and sidelined him for who the fuck knows how long.  I’m not a doctor but totally rupturing an ankle ligament doesn’t sound good at all. Especially not 10 days away from The Open Championship.  The Instagram post says he’s working hard to get back ASAP but no way he can recover in 10 days, right?  Or maybe this is one of those soccer injures where the guy acts like he’s dying but is fine 30 seconds later.  I hope so.  I need a doctor to break this down for me and let me know.  The range for an injury like this appears to be 10 days to 6 weeks so that really narrows it down.  My guess is behind closed doors the conversation is, “You’re fucked.  No chance in hell are you playing at St. Andrews in 10 days.  No way”  Which sucks because the story lines were gonna be Rory vs. Spieth as Jordan continues to try and win the grand slam while Rory tries to defend his Open title.  Now that’s all probably out the window.  Hard to have a rivalry when one of the guys is standing in the gallery on crutches. Stupid soccer.

Not really related but kind of related.  How about Tiger’s ex putting an absolute beatdown on Rory’s ex in the looks department at Wimbledon?  Not even a fair fight.  And then a few days later his ankle explodes.  Tough times in #RorysWorld 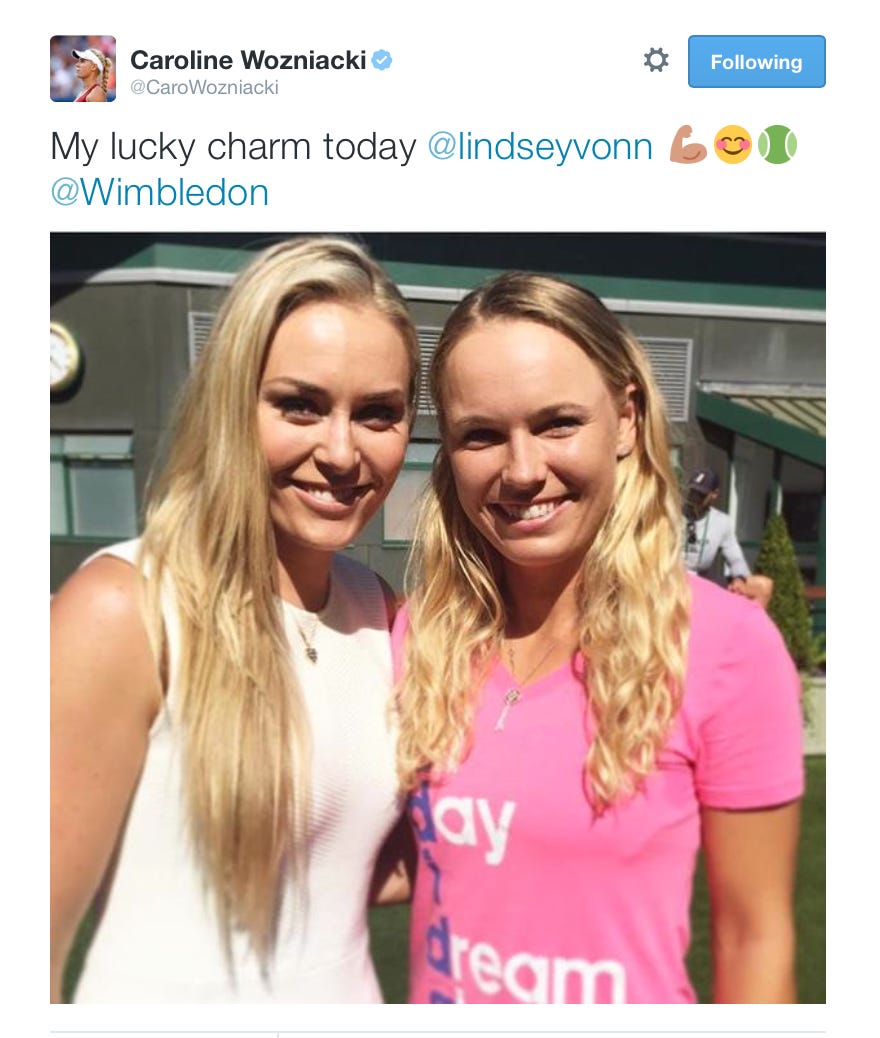