I did a super-long actually-live blog on all the Disney Investor Day Mayhem which you can read HERE, but I'm going to break down some of the individual big items throughout today. First off is that mf Christian Bale is joining the MCU as GORR THE GOD BUTCHER.

I, like some of you reading this, don't know much about Gorr the God Butcher. Here is a quick summary of what he his about:

Gorr grew up on a nameless barren planet. When his mother, mate and children died, he thought gods could not exist and because of that he was outcast by his tribe. When he learned gods did in fact exist but did not help those in need such as his dying family, he vowed to kill them all 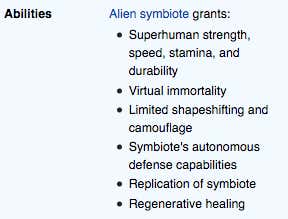 Note: Some of you may have read the comics and know more about him, but I am writing about him speculatively.

One of the hard truths Marvel is facing going forward is this: How do you one-up Thanos? He was THE guy and it's basically impossible to go up from there. Especially when Thor is the strongest living Avenger not named Scarlett Witch. The guy literally killed (sorta) Thanos at the end of Infinity War. Well, Gorr seems like a good start. Having "Virtual Immortality" as one of your headlining abilities makes him seem pretty tough. Having symbiotic traits, which obviously brings Venom to mind, makes that sound even scarier.

Here is what we know about 'Thor: Love and Thunder'. Taika Waititi, who directed 'Thor: Ragnarok' is returning to direct as we expected. We know it will feature Natalie Portman returning and that she will play Lady Thor. Lastly, we know that we left off with Thor joining up with the Guardians of the Galaxy. Love and Thunder is slated to release in 2022 and Guardians three is slated for release in 2023. Functionally speaking, I don't know how they will separate him from the Guardians, and I don't know how we will get back to in-shape Thor. Presumably, there will be some sort of dimension or timeline MacGuffin that will take us there.

Anyway, this is all fine and good but lets talk about the fact that a prestige actor(no pun intended) is joining the MCU. This actually marks back-to-back prestige acting villains for Thor between Cate Blanchett in Ragnarok and now Bale. Good job, Taika! Hopefully, Gorr is more fleshed out than Hela was and Bale is given the opportunity to shine. I assume that he will be MoCapped for this role and I think he can deliver in the same way that Brolin was as Thanos. Also, that can hopefully get the taste of Bale's last MoCap role, Mowgli, out of my mouth.