A bunch of people who hate America and whose main focus in life is to disarm the police…needing the police to escort them out of a park so they don’t get literally ripped to shreds by a pissed off mob. To quote Alanis Morissette, isn’t it ironic.

Seriously somebody needs to buy this guy all the beers. 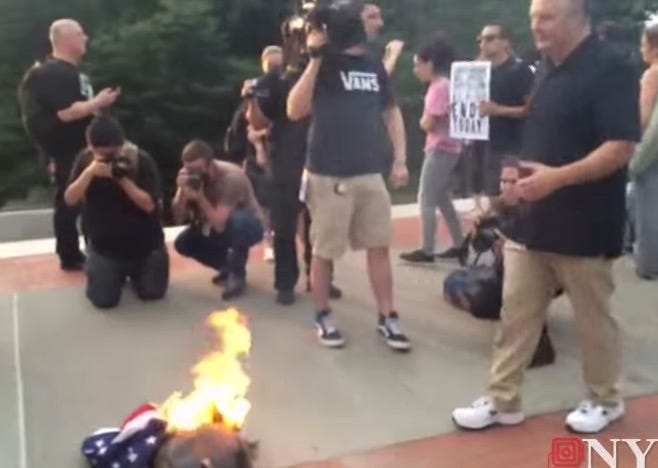 Love these protestors too. Talk about standing up for your beliefs. Covering your face, lighting a flag on fire then hiding behind a cop and sprinting out of the park as soon as somebody confronts you. America is the worst! The police are murderers! Disarm the police! Ahhhh police people are coming after us please help get us out of here! Hey at least you got your Facebook page to be really tough on?

You know what happens when you protest against your country and your government in other parts of the world? They tie you up to a tree and shoot you. They stick you in a pit and stone you. They throw you in a jail to rot for 20 years. But yeah America sucks so bad. Probably should just leave. Heard Syria is nice this time of year?