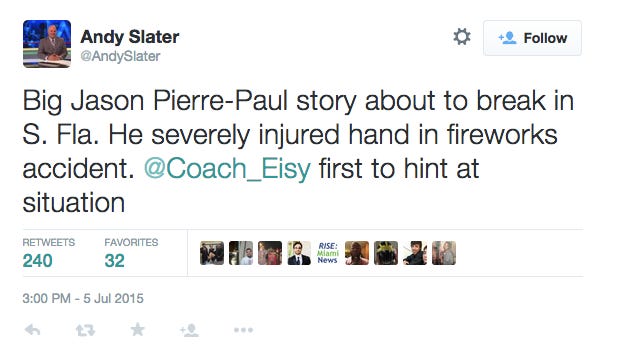 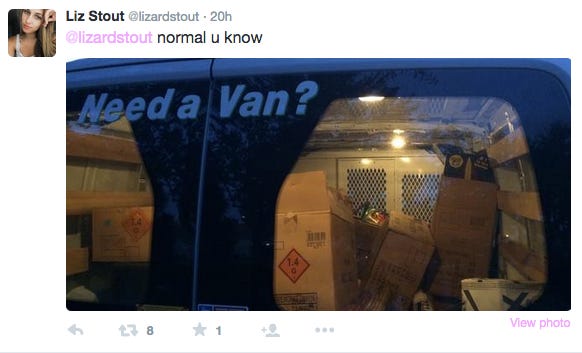 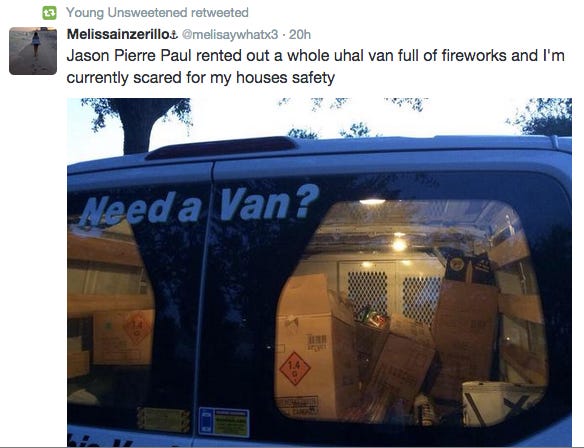 Sometimes you just have to sit back in amazement and marvel at how profoundly stupid professional athletes can be. Two days ago, my buddy suggested he go into Chinatown and get a bunch of fireworks for the Fourth, and I was like “Hey, that sounds really dangerous, and we have no idea how fireworks work. That probably isn’t a good idea.” And I’m literally a nobody who never plays sports or exercises anymore. I could blow my entire right arm off, and my life wouldn’t really be that different, other than I’d suck at FIFA. Let alone being a PROFESSIONAL ATHLETE, who just got franchise tagged who has a reputation for having some maturity issues. It is literally mind-blowing that someone can be that dumb.

JPP’s franchise tag is non-exclusive, so other teams can negotiate with him and give the Giants picks as compensation if the Giants didn’t match the offer. Obviously if these rumors are true and the injury is actually serious, that isn’t going to happen, and the Giants will just take his $15 million cap hit. Obviously that’s a big number for any defensive lineman, especially one that might miss part of camp or even a couple of games. Let’s just hope for our sanity’s sake that it’s a minor injury and this can be a wakeup call to him that if he wants to be the anchor for the Giants defense, maybe it’s time to refocus a little bit.

PS: Obviously this is drawing a lot of Plaxico shooting himself in the leg comparisons. I’m still convinced the Giants would have won the Super Bowl if Plax didn’t shoot himself that year. It still hurts to think about.

PPS: Giants fans should watch the short movie Vice did on Plax talking about that night and how it changed his life. It’s sorta depressing but it’s really good.

A Stoolie named Joe tweeted at me saying that JPP never signed his tender, the Giants can lift the franchise tag and he can become an unrestricted free agent. I beileve everything I read in the Internet so I believe him. Obviously losing JPP would be a huge hit to the pass rush, but that $15 million can help shore up the secondary which is still a glaring weakness and find some cheap young talent for the front 7. Hope springs anew.