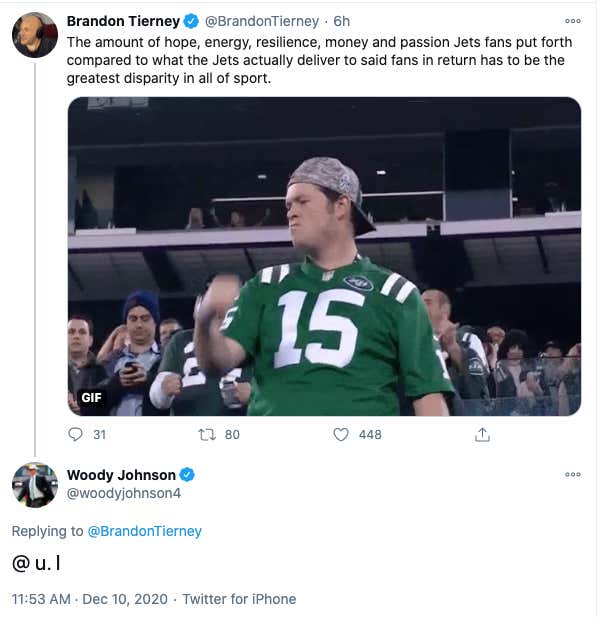 Don't hurt'em Big Wood! Here I thought Steve Cohen was the People's Owner for mixing things up with the riff raff on the bird. However Woody Johnson is out here assuring the Jets fanbase that things are going to get better one letter at a time. I'm not sure how many letters we'll get or how long it will take to form a full sentence considering he's had exactly two tweets in the last 365 days. 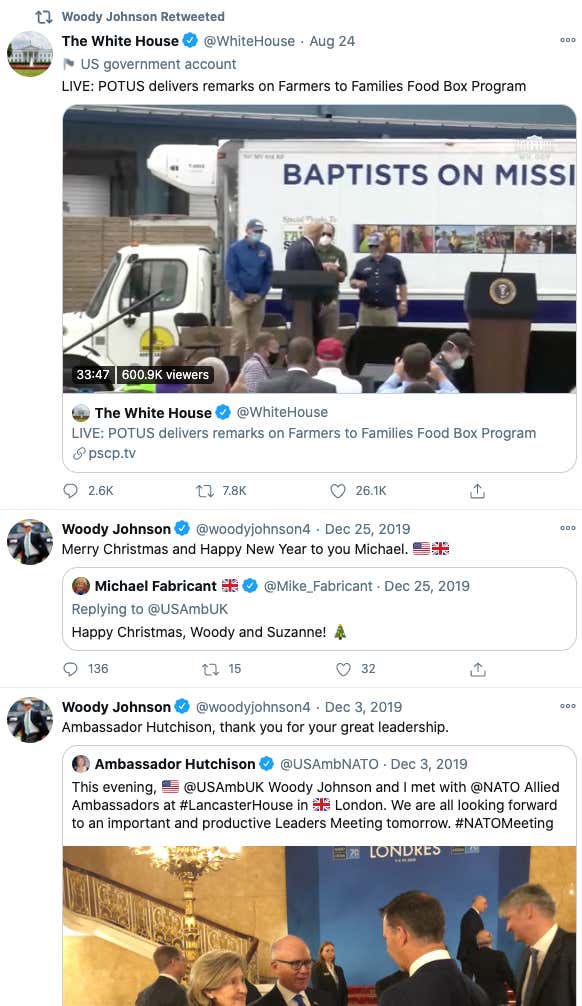 But it's definitely a start!

I figure Woody Johnson probably doesn't know how to use Twitter because he is too busy doing awesome rich things that rich people do. But you gotta say something after your assistant tells you that you got caught looking directly at a tweet calling your franchise an affront to the entire fanbase, right?

Thinks about everything we know about the Jets

P.S. If Woody corrects his tweet by replying to it with "@BrandonTierney u I duel at dawn", I will make an NFL Owners Power Rankings and put him number 1.