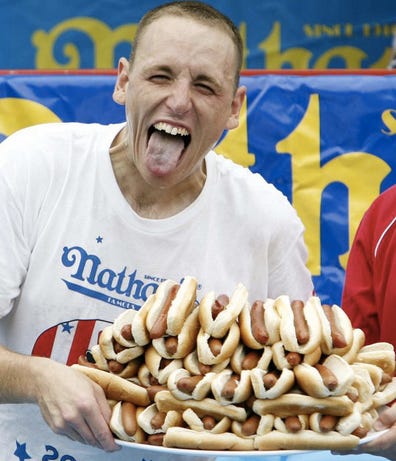 Over/Under 66.5 Hot Dogs for Joey Chestnut this year. I’m not ashamed to admit I’ve done a little research here. The last 5 years he’s gone 54, 62, 68, 69, 61 which makes me a little nervous that he’s peaked as an athlete and might be heading down the other side of the mountain (wrong side of 30), BUT, I just read this article. 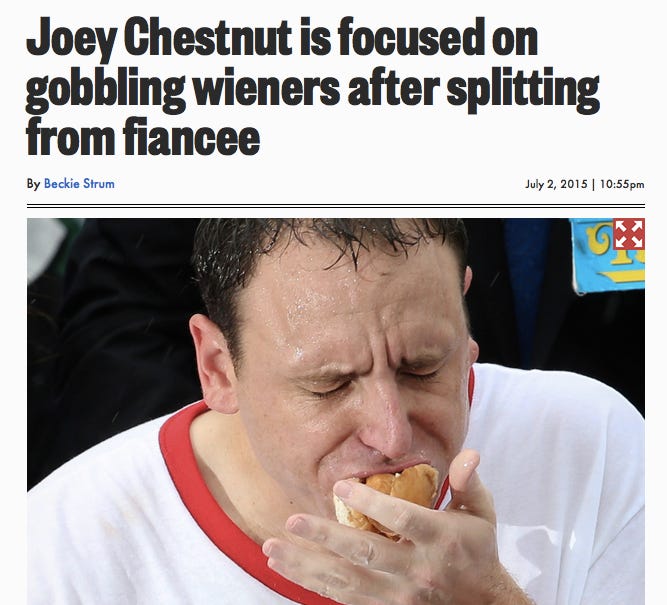 And Joey Chestnut basically admitted last year he was pre-occupied with proposing to his then girlfriend immediately after the competition and that the relationship went south pretty quickly. They broke up last month and he has been laser focused on hot dogs since. I’m thinking this is the year we see 70 folks, hear me now, believe me later. Hammer the over. Plus money too. A 4th of July present from an American Legend. Joey C.