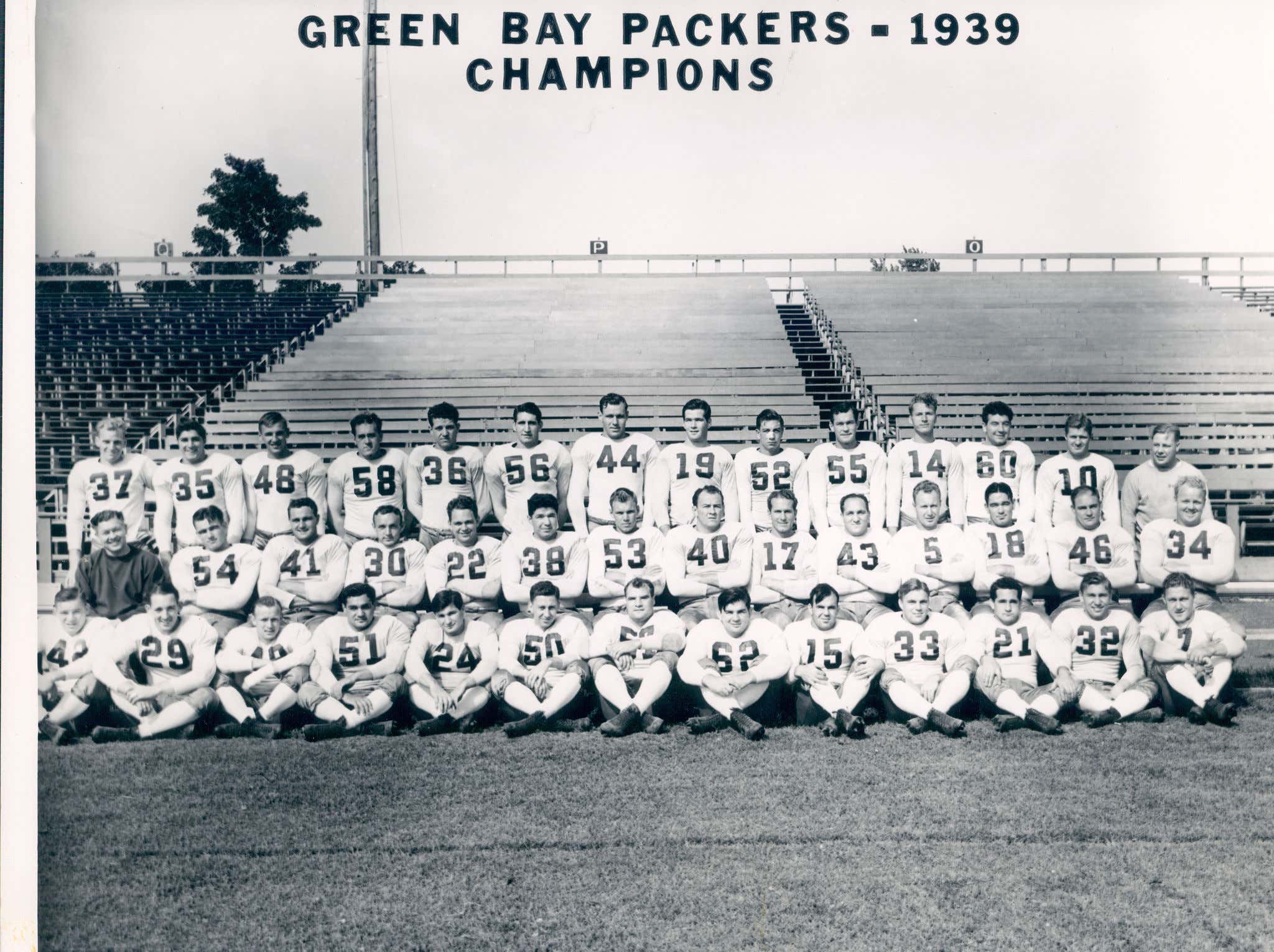 The Green Bay Packers win their fifth NFL Championship. The Packers win their title by blanking the New York Giants 27-0 at the Dairy Bowl at the State Fairgrounds in Milwaukee. It is the first NFL Championship Game to end in a shutout. It was a rematch of the 1938 title game that was won by the Giants. The Packers’ defense forced six turnovers, as Cecil Isbell’s 31-yard halfback pass to Joe Laws in the third quarter turned out to be the backbreaker.

It was an era of greatness for the Packers who helped Green Bay earn the nickname “Titletown.” Led by Curley Lambeau, the Packers had begun the 1930s, winning three consecutive NFL Championships. The league was still growing at the time and had no championship game. The Packers' first trip to the title game was in 1936 when they beat the Boston Redskins in a game played at the Polo Grounds, with the Redskins in the process of moving to Washington. The Packers were back at the Polo Grounds in 1938, losing the NFL Championship to the New York Giants 23-16.

The New York Giants were seeking their third title of the decade as they sought to repeat their victory from 1938. Led by coach Steve Owen, the Giants won the Eastern Division with a record of 9-1-1. Their lone loss came at the hands of the Detroit Lions, while they had a tie against the Washington Redskins.

After their loss to the Giants in 1938, the Green Bay Packers again won the Western Division by posting a record of 9-2. The Packers' losses had come against the Chicago Bears and Cleveland Rams. The Packers would not get a chance for a rematch with the Giants until the NFL Championship Game.

The Packers would host the NFL Championship Game, as the Western Division hosted games in odd number years. Instead of playing at City Stadium in Green Bay, the game was played at the State Fairgrounds in Milwaukee. The stadium called State Fair Park was rededicated as the Dairy Bowl during a halftime ceremony where a bottle of Milk was broken by Milwaukee Mayor Daniel Hoan and Wisconsin Governor Julian Heil.

A crowd of 32,379 was on hand as the Packers jumped out to a 7-0 lead when Milt Gantenbein caught a seven-yard pass from Arnie Herber. It was the only points scored in the first half, as the game started as a defensive struggle. The Giants had their chances to score as Ward Cuff missed two field goal attempts. The Giants also drove near the goal line but failed to score at the end of the second quarter.

In the second quarter, the Packers extended the lead to 10-0 when Tiny Engebretsen hit a 29-yard field goal. On the following series, Gabtenbein had an interception at the Giants’ 37-yard line. A few plays later, halfback Cecil Isbell completed a pass to Joe Laws that went 31 yards for a touchdown. That play seemed the break the spirits of New York, as the Packers cruised the rest of the way. In the fourth quarter, Ernie Smith hit a 42-yard field goal while Ed Jankowski had a one-yard run to make the final score 27-0 in favor of the Packers.

The Packers would play a few games a year at the Dairy Bowl until 1951 when work began on County Stadium. The State Fairgrounds would be turned into a raceway, named the Milwaukee Mile, which would host Indy Car and NASCAR races.