(Just the right amount of fire flame emojis to tweet when someone makes a song about you.  1 less and you are underselling, 1 more and you are bragging.  Porzingis’ adaption to America is going seamless thus far)

R.I.P. Young Unsweetened’s time on the rap throne.  Somebody wake up Funk Flex and tell him to start throwing bombs over this track.  Because Transleiteris just unleashed napalm in the streets before we celebrate our nation’s independence by dropping #PORZI??ISl.  I mean if you are a Hall of Famer, you may get mentioned in a couple of rap songs throughout your career.  “If Jeezy’s paying LeBron, I’m paying Dwyane Wade” was fun and all, but that’s like 2% of Empire State of Mind.  Meanwhile, Big Kris has an entire song for himself in another language before even playing his first NBA game.  That’s more than Towns, Russell, Okafor, Mudiay, etc. combined.  And of course the music video features a cameo from what appears to be the Latvian Iggy Azalea. 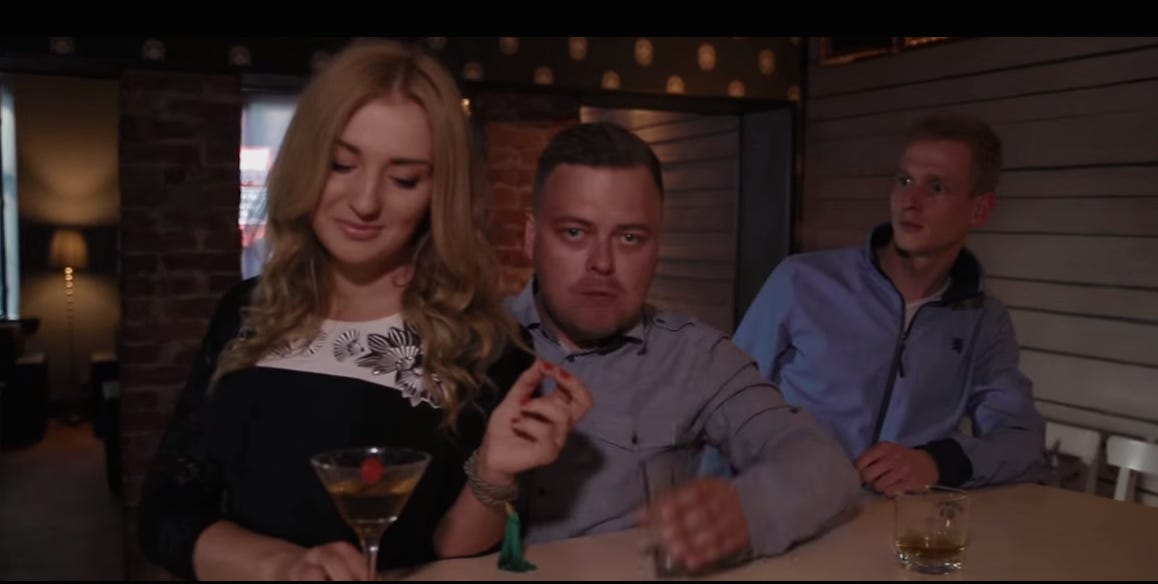 While Roger Goodell is pissing the entire world off with stupid suspensions and just general incompetence, Adam Silver is making appearances in Latvian rap songs.  Silver truly is playing chess while everyone else plays checkers.  Your move, Goodell.  And great job by whoever edited out all the Knicks fans booing in the video.  That was no small task.

Did I see my holiday weekend starting off with me spitting Latvian rhymes alone in my room? Nope. But that’s exactly what happens when your team drafts Dirk 2.0. Nothing but great memories ahead.  Kriiiiis.  Kriiistaps.  PORZIIINGISSSSS.

And while I was deciding between Porzingis’ Knicks or Spain jersey last week, his Latvian jersey shows up and steals the show. I love when countries spell their names different than we do. I am going to be spending my day scouring eBay and China jersey sites looking for who can get me a Porzingis Latvija jersey the quickest. 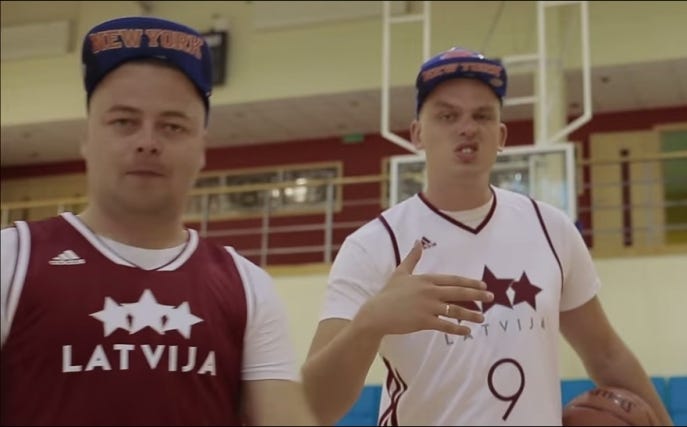 Also, the amount of shots Porzingis has missed in YouTubes I’ve watched of him this week remains at 0.

Finally, I humbly present the dance move of the summer: