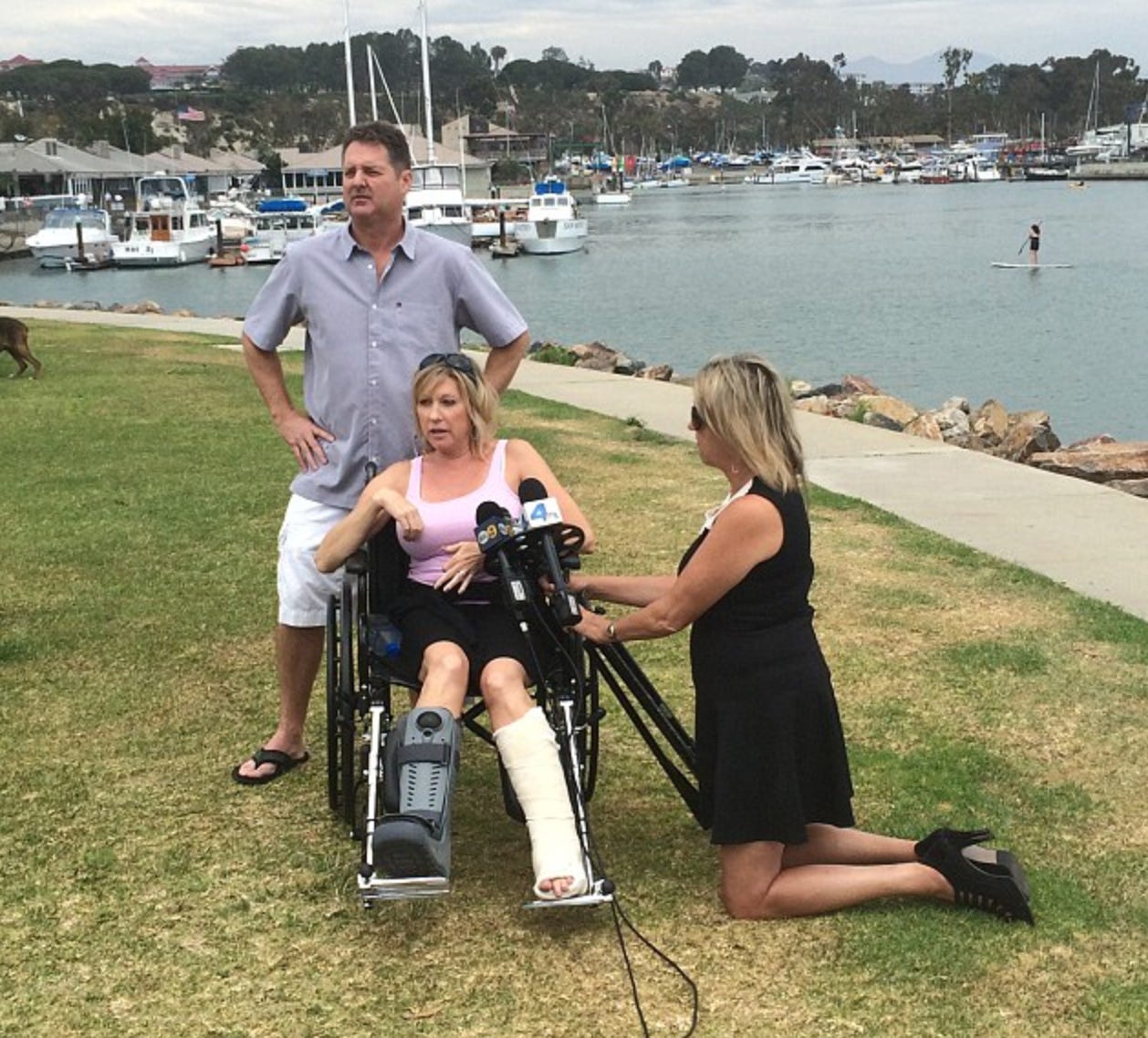 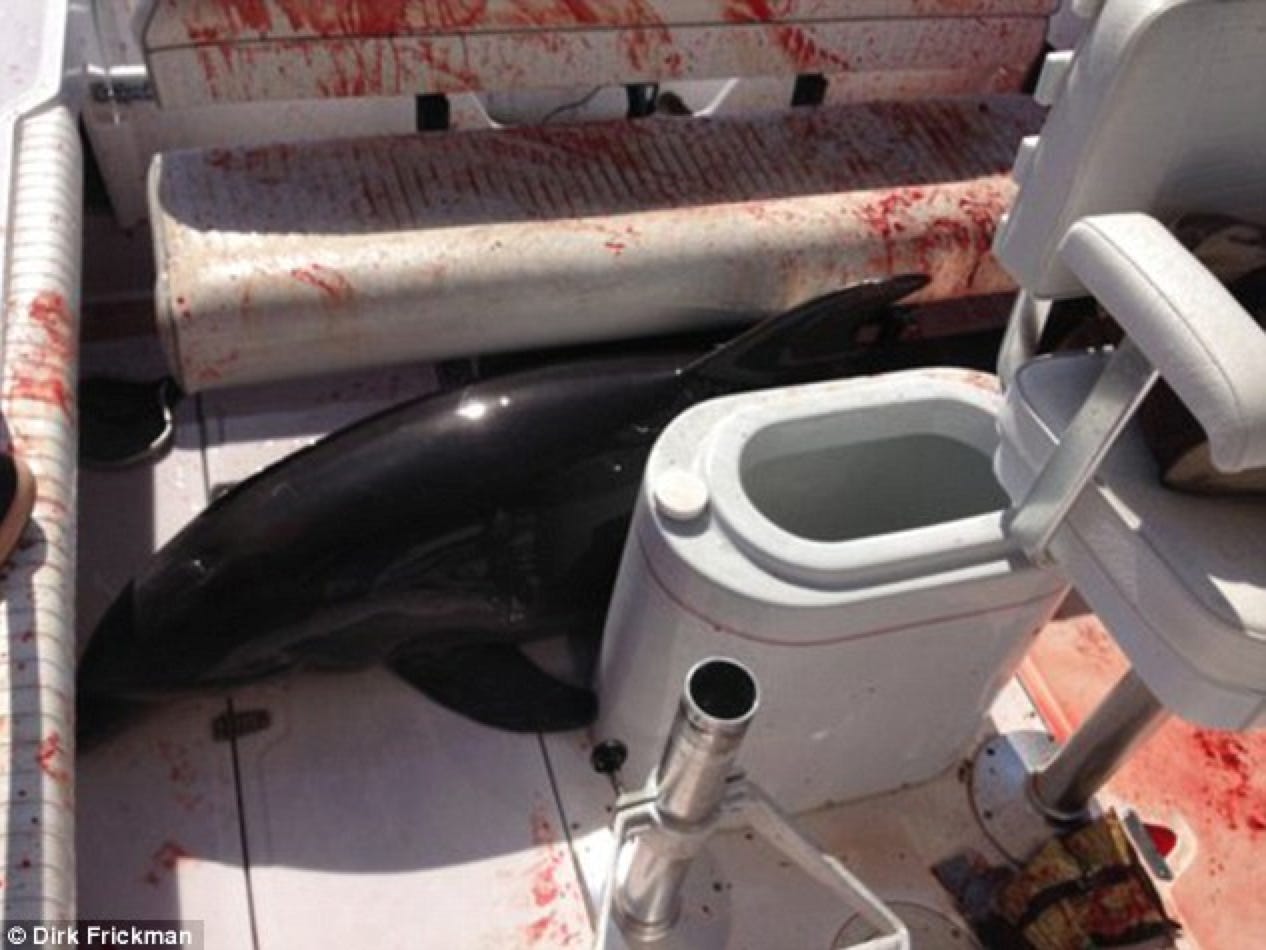 Metro- This is what happens when Flipper meets Jaws. There’s a dolphin, a boat and lots of blood. The dolphin, weighing around 350lbs, jumped out of the water and landed on the Frickman family boat. Like a fish out of water, it thrashed around, knocking some of the family down. It landed on mother Chrissie’s legs, breaking both her ankles. Dirk Frickman told the Orange County Register: ‘It hit my wife and knocked her over, and punched my daughter.’ The dolphin bust it’s nose and split its tail as it thrashed around, leaving blood splattered all over the place. As he navigated to harbour in Orange County he kept the dolphin alive by pouring water on it before he was able to get help to return it to the water. Harbour patrol sergeant DJ Haldeman said the dolphin is likely to have been scared by something in the water.

Well that’s it.  Might be time to shut it down for the day because that’s as good of a quote as we’re gonna get.  That might be my favorite quote ever.   I guess this happened over Father’s Day and that has to be the worst possible Father’s Day ever.  We’re talking in the history of Father’s Days.  Most consist of buying your Dad a belt or something stupid, a stupid card that he doesn’t even read and then leaving him alone because that’s all he really wants.  These nice people thought they’d go the extra mile and take their Dad on a nice fish trip.  That dolphin had other plans.  Hopped right on board and started punching daughters and breaking ankles.  That’s what that dolphin does. And not to beat a dead dolphin here but this is yet another win for Fuck Bodies Of Water.  You can count on a fingerless hand the number of times a person has had their daughter punched and their wife’s ankles broken while on dry land.  It just doesn’t happen.