Special edition, early set of picks for everyone today. Since there are a bunch of great day games and we are ending the blog day early today, figured I had some time to look into the slate and get some picks up. As you can tell from last night, still a little rusty from my vacation.

Ended up cashing a tiny bit in a tournament – 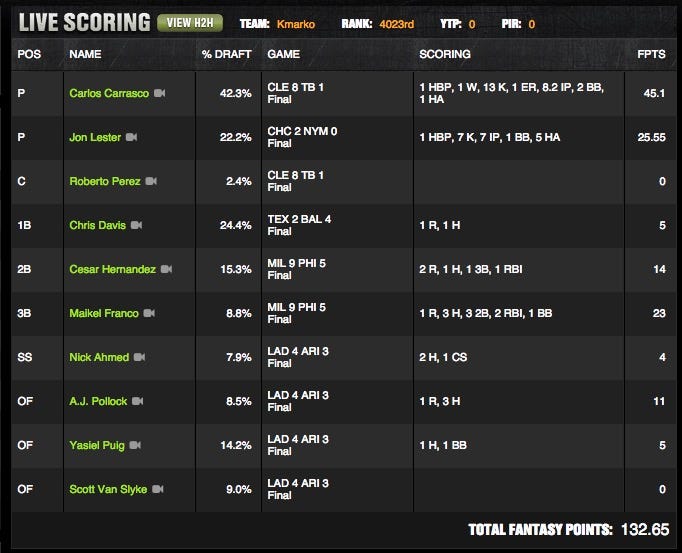 But picks didn’t do great. I switched off Lackey because of weather concerns and subbed out Bryce because of a possible rainout (make sure to check back on the blogs, I’ll post an update if there is bad weather and I’m going off of a guy). That left us Chris Davis and Van Slyke, both of whom did nada.

Anyway let’s pick the luck back up today. I don’t know what kind of tourneys you’re playing in today, whether it’s all day, all night, or combined games, so I’m just going to list out my favorite guys of the day and you can sort through them from there.

No official pitcher today. Mostly because I’ve been garbage at picking pitchers lately and don’t want to ruin anyone’s lineup. Going to hold off until I get a better feel for it and list 4 batters for you instead.

Guys I definitely like though, without an official endorsement:

Both pitchers in the Mets/Cubs game…DeGrom and Arrieta should have a strikeout party.

Kazmir has a nice little matchup for himself tonight.

Scherzer I heard is pretty good. Good luck affording him. 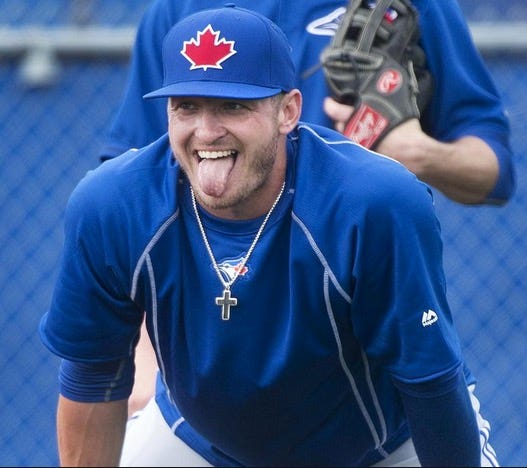 Yessir, it’s a Donaldson day! If you’ll remember I had a great streak going with Josh…put him in the picks 3 times, homered 3 games. Unfortunately the magic came to an end last time out, but it’s time to hop back on the bandwagon. The Jays are the best offense in baseball, they put up 11 runs yesterday, and now get a matchup in their home park with lefty Wade Miley. Josh Donaldson (heart emoji) lefty pitchers. I’ll call his shot tonight. 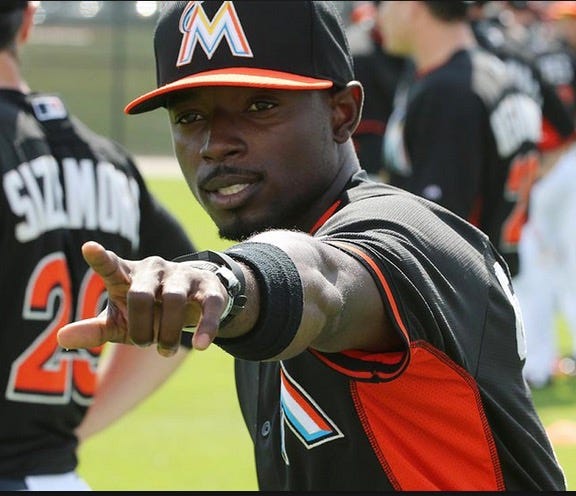 I love playing Dee Gordon in fantasy, he gets you points in so many different ways. Used to be a staple in my lineups almost every single night, then hit a little bit of a cold streak, but I think he’s finally starting to pick it back up. Getting on base, stealing bases, and now he has a matchup with Matt Cain fresh off the 6 year DL or something close to that. Vegas has this as a super low total which scares me, but I think it’s a good spot for him today and 4.4K isn’t really breaking the bank. 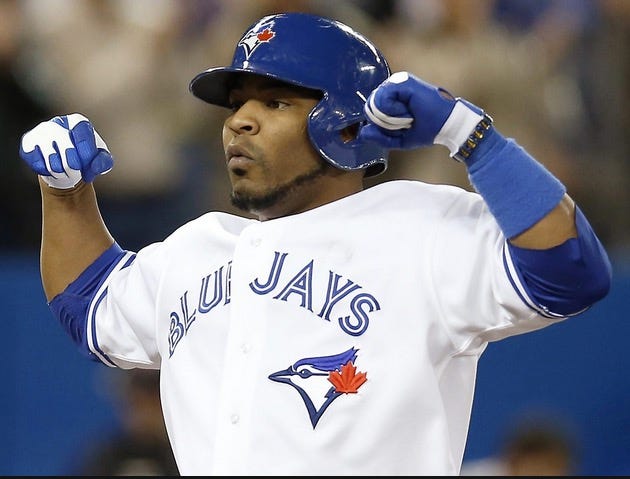 Sure, more Blue Jays sounds good to me. And a Blue Jay known for mashing monster home runs facing a lefty in a game with one of the highest totals of the day…for 4.4K? Is the DraftKings algorithm broken? Maybe I’m missing something here, and I’m sure I am, but sometimes a price is just too good to pass up. 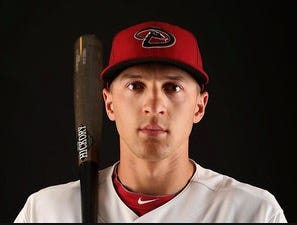 Look at this little guy! So cute. Ahmed has been on a bunch of people’s radars for a while (as you can see I played him last night) and rightfully so – when he finds his way into the lineup, he can mash. He’s got a great matchup with a lefty tonight so he should be batting at the top of the order in a game with a big total – at 3.3K that’s what we like to call upside.

(To repeat, this is a value play FYI. Hilarious how many people were chirping me about Van Slyke last night. Pissed off that a dud from a sub-$4K value play cost them cashing in their big $1 tournament. Quick reminder – value plays are low cost, high risk, high reward guys. Don’t complain if you get the risk instead of the reward in the end)

Good luck, be sure to check back later in the day, if any of these guys are out of the lineup or facing bad weather I’ll update and sub them out. @kmarkobarstool with your picks/tips/thoughts.